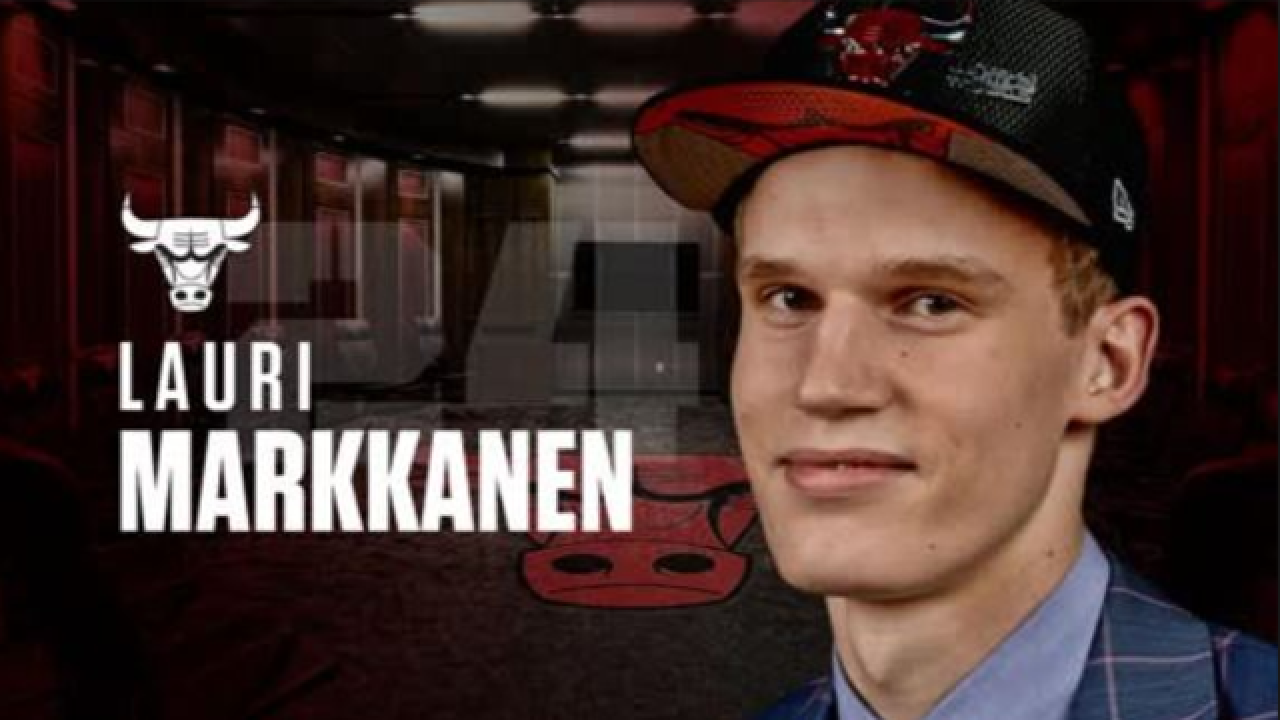 Lauri Markkanen impressed Bulls fans in his NBA summer league debut Saturday night in Las Vegas.  The newly drafted 7 footer scored 14 points and 8 rebounds in his first game in the league.  He did most of his damage in the first half, shooting 4 for 6 from the field, and finishing 5 for 11.

His debut wasn't without drama, though.  As Markkanen's name was misspelled on the  back of his jersey.

The Bulls dropped their Summer League opener to the Dallas Mavericks, 91-75.  Another former Wildcat, Brandon Ashley, scored a game high 21 points for the Mavs in their win.

Markkanen and the Bulls will play again on Monday against the Hawks.  Here's hoping the Chicago equipment manager has figured out how to spell Markkanen's last name!