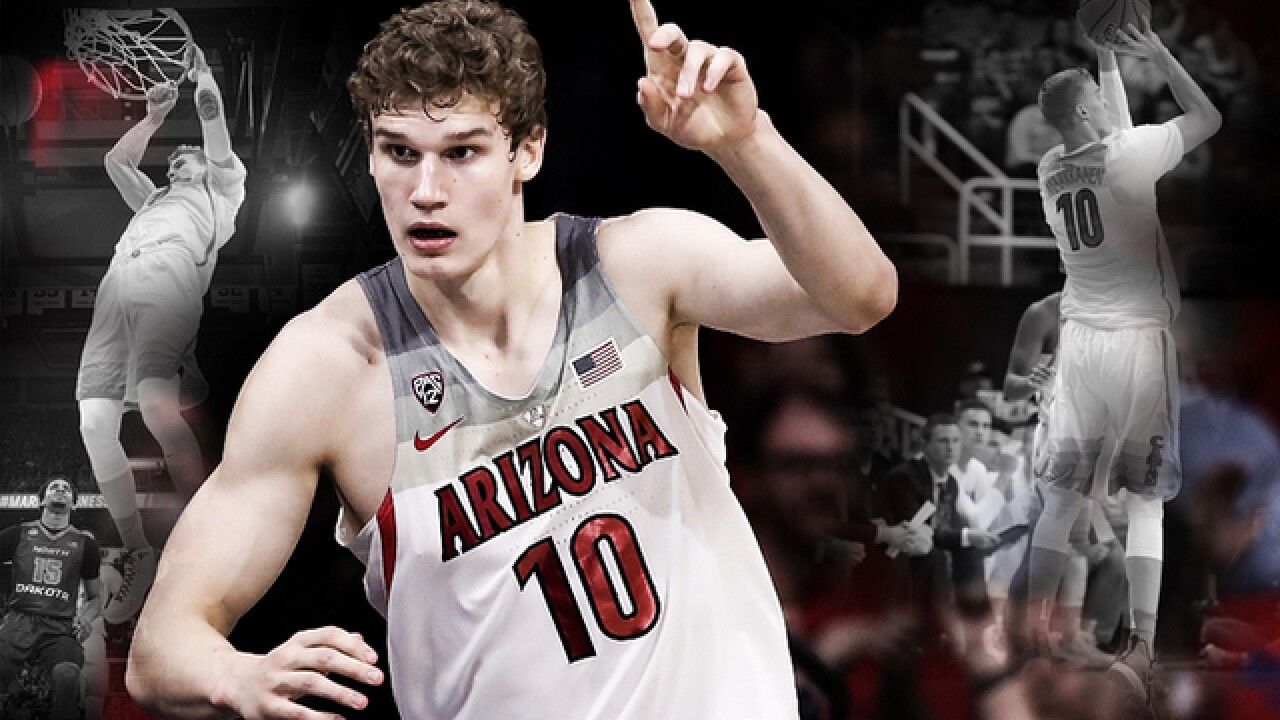 Early Sunday morning, former Wildcat and new Chicago Bull, Lauri Markkanen was profiled on ESPN on SC Featured.  The feature gets into the background of Lauri growing up around basketball in Finland, and his love of the game.

Markkanen is the 1st lottery pick out of Finland, and the 3rd Finnish player ever to play in the NBA.  Markkanen's father, Pekka, played at Kansas before playing professionally overseas.

Markkanen's welcome to the NBA family may not have played out as he had originally hoped....as he was sent to Chicago in a trade that saw Bulls Jimmy Butler go to the Minnesota Timberwolves.  Fans were dissappointed to see Butler depart the franchise, but have yet to see what a skilled and dedicated basketball player Markkanen is.

Lauri will be formally introduced to the Chicago media in a press conference on Tuesday.  To view the feature on Markkanen and his family, click the link below.