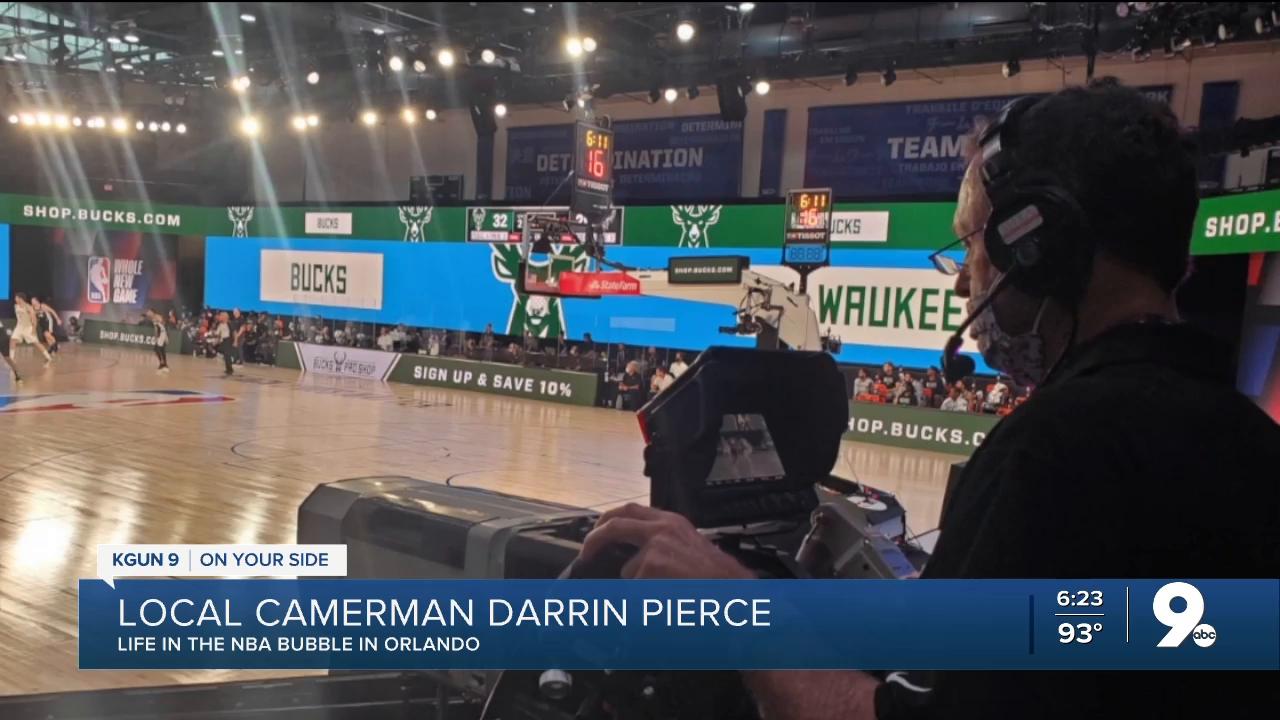 Darrin Pierce works an NBA game in the Orlando bubble

TUCSON, Arizona — For 35 years and counting, Oro Valley’s Darrin Pierce can be seen behind the camera at some of the biggest sporting events.

"I worked the Holyfield-Tyson fight where Tyson bit his ear off," recalled Pierce.

Not only did the sports world stop in March, so did Growler USA, the pub he co-owns with his wife in Oro Valley.

"The PPP was able to help us stay afloat, and that was very very helpful."

Additionally, Turner Broadcasting would continue to pay Pierce despite the NBA postponement.

"I thought they had been such good employers, because of the cancellation, so most of us signed up to live in the NBA bubble for two and a half months."

The NBA bubble is the isolated resumption of the season in Orlando. Pierce is at Disney’s Coronado resort.

"Our meals are prepared for us. Our laundry is done for us. We don’t really have any responsibility to do anything."

Pierce's responsibility is to operate a camera where millions of fans get to see his work.

"You have to think ahead, not cover just what’s in front of you."

Pierce operates a camera at three positions on the court. However, being in the bubble means that he hasn’t seen his wife in two and a half months.

"The people who are at home in this bubble situation don’t get nearly enough credit for doing the things that they have to do. I’ve been very fortunate to be in it, but I also can’t wait to get out of it."