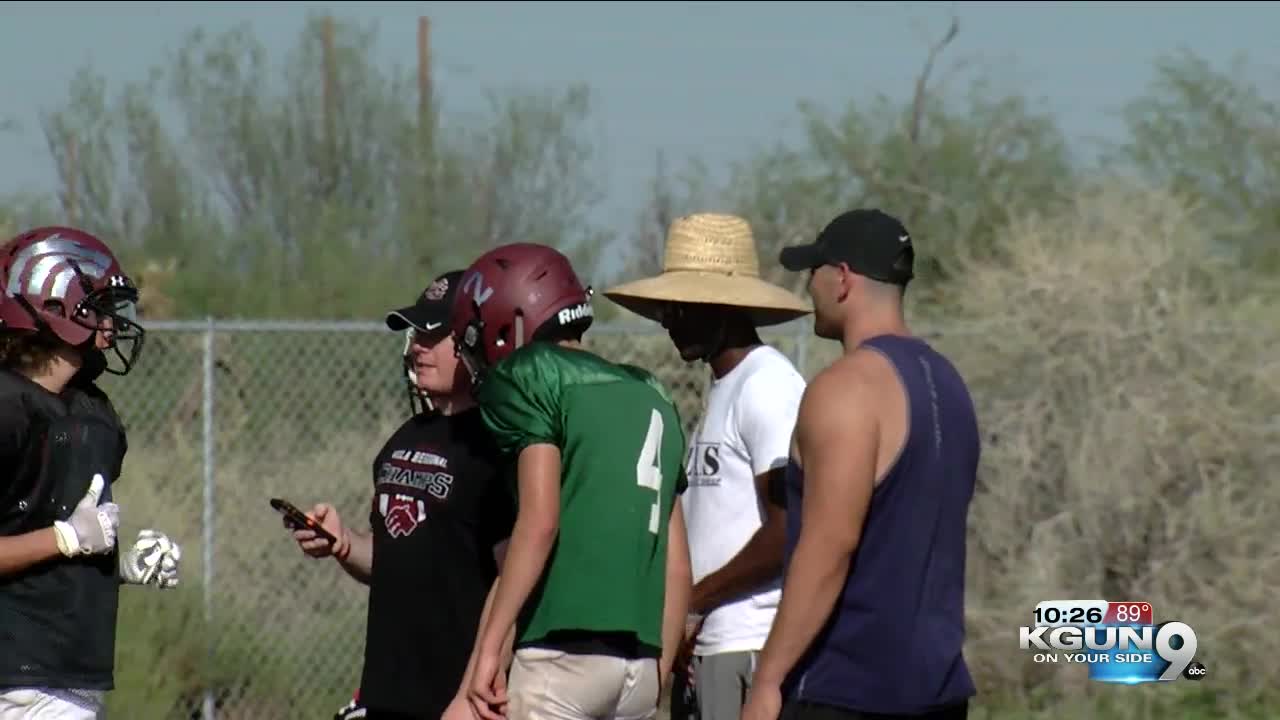 "I was interested in coaching," said Rios. "I came down here, I like the environment and the kids, and I accepted it."

There were actually two openings on the Walden Grove staff. Cam Gaddis, a teammate of Rios, had applied for the defensive backs coaching position. He didn't know that Rios had already joined the Red Wolves, and Rios helped Gaddis join the staff.

"He knows football," said Rios. "He's a great person. And, he's a good mentor to the kids. So, its good to have that kind of person on the staff."

"During the season, we kind of became best friends," said Gaddis. "It's great that he felt good enough about me to come and help teach these kids."

Make no bones about it, the former Pima stars are helping. Senior defensive back Trey Slan, who plays the same position as does Gaddis, is contributing after never having played before his senior season.

"It makes a big difference with our first year players," said Slan. "I'm taught everything the correct way, and Cam has made it easier to switch and adjust."

"The perspective that Cam and Alex give is great," said Noble. "They have great insight from doing it out on the field, and they do a great job of putting froth it to the kids."