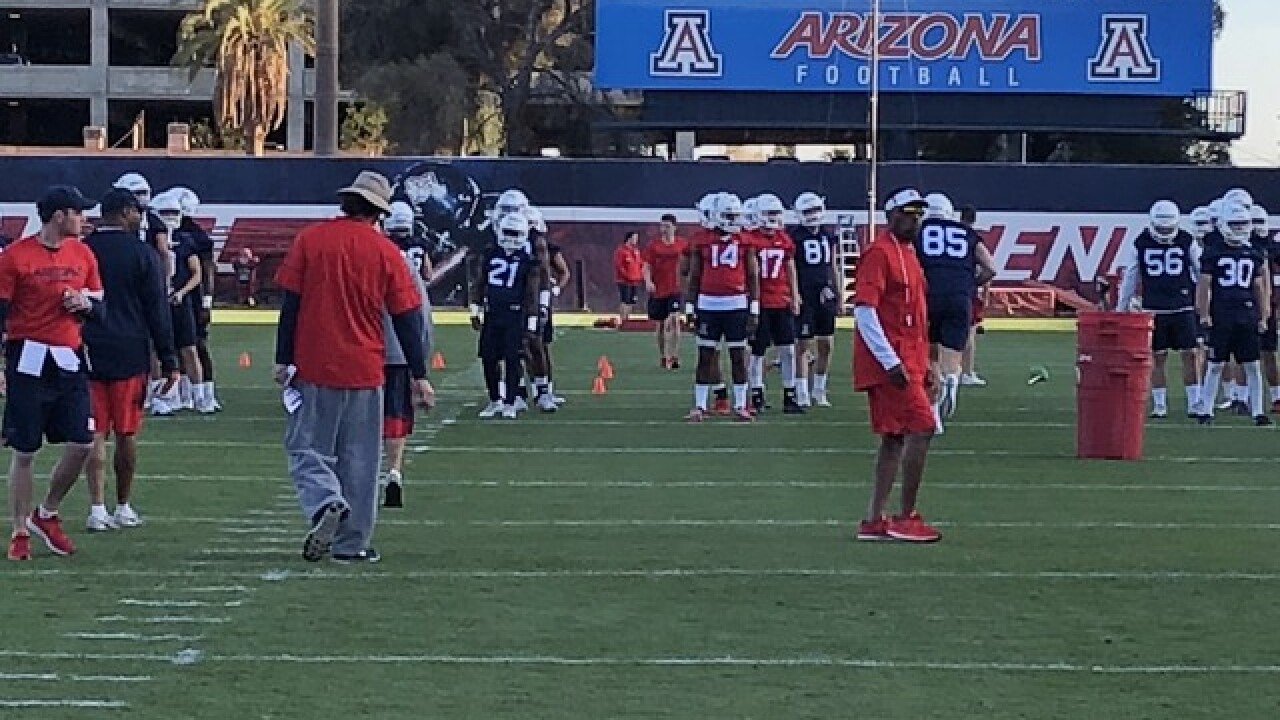 The Kevin Sumlin era is underway as Arizona Football begins it's spring practice.

Sumlin comes from Texas A&M, where he once coached Aggies quarterback Johnny Manziel to a Heisman Trophy. Wildcat fans hope he can produce the same magic with Khalil Tate, who won four consective Pac-12 offensive player of the week awards last October.

"He's an explosive player," said Sumlin. "He's young, and sometimes that came out last year. He's got tremendous upside. He's maybe an exciting a player as there is right now in the country who is returning."

Sumlin takes over for the dismissed Rich Rodriguez, who led the Wildcats for the past six seasons.  Arizona is coming off a 38-35 loss to Purdue in the Foster Farms Bowl, which finished off a 7-6 season.

The Wildcats will suit up for four weeks culminating with the spring game on April 14th.