It's a family affair for Wells and Arias Jr. 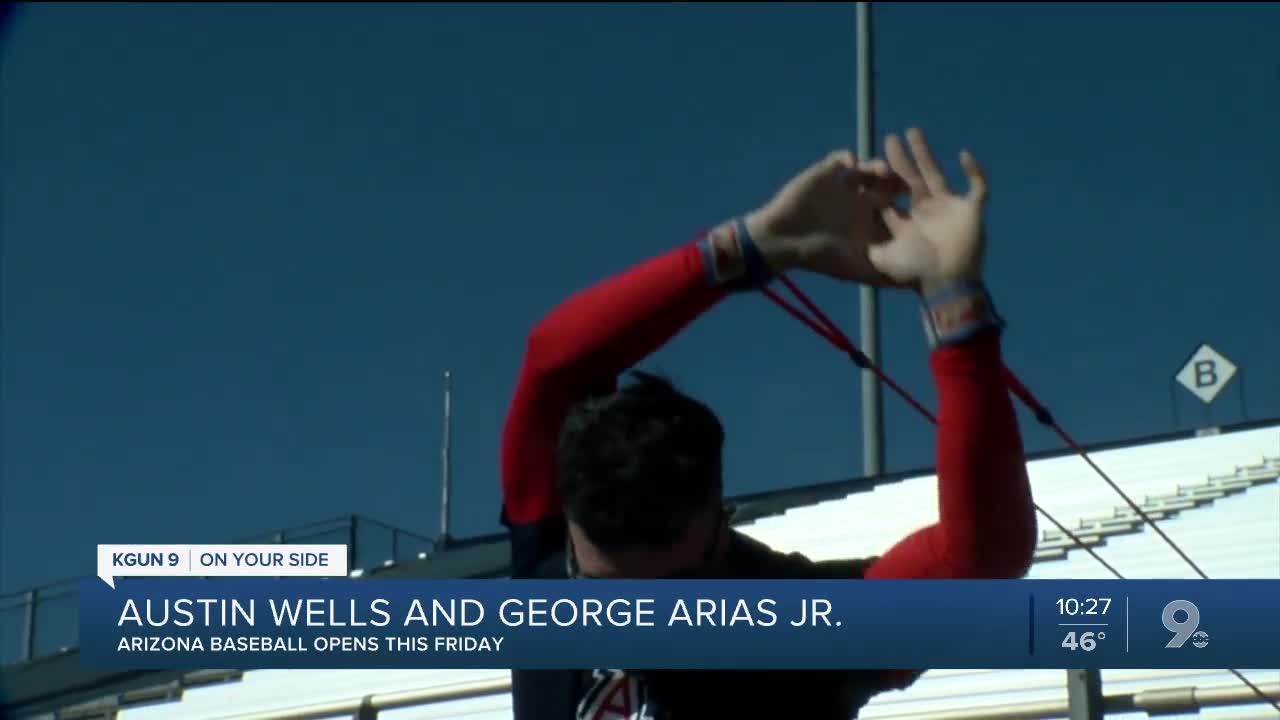 It's a family affair for Wells and Arias Jr.

TUCSON, Ariz — If anyone was destined to be an Arizona Wildcat, it was Austin Wells. His mother was a gymnast at Arizona, and his father was a baseball outfielder.

"I love everything about this campus," said Wells. "So, it was a really good opportunity to come here."

And, any talent he may have inherited was on display last year. Wells was the Pac-12 Freshman of the Year, hitting .353 with 60 runs batted in. Pitcher George Arias Jr. was just as impressed with Wells' catching skills.

"He's very reliable," said Arias. "He's very strong behind the plate. He makes me feel like no matter where I throw this pitch, he will block it."

Arias isn't just a pitcher who throws to Wells. They are roommates, and close friends. And, they have something else in common. Arias' father, George Sr. also played for Arizona.

"Having that in common, having both our Dads play here and then come here is really awesome," said Arias Jr.

Wells and Arias Jr. are second generation Wildcat baseball players. But, there is more. Their fathers didn't just play for the Wildcats. They played on the same 1993 team. It's something the current student athletes are both proud of, and, joke about.

"We're both planning on having kids the same age and sending them to the same school to keep that tradition on," Arias joked.