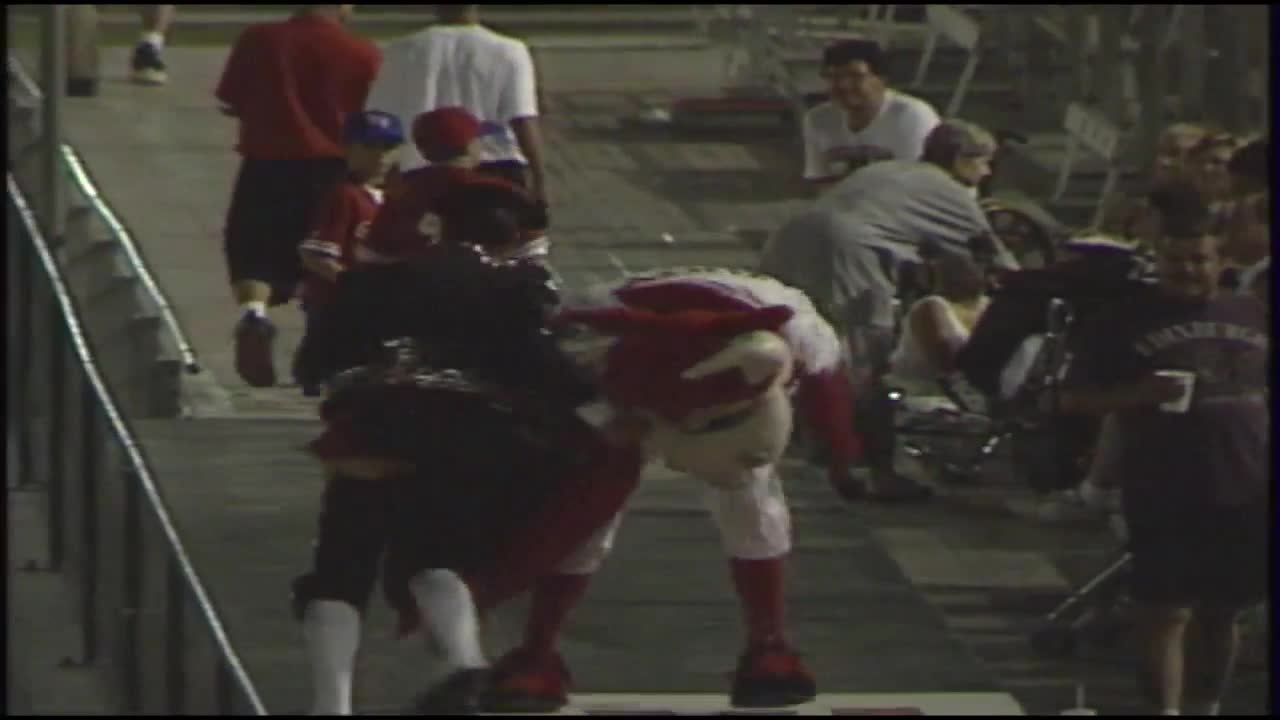 Greg Hansen has been coming to McKale Center long before the Zags were a national power, and for that matter, long before Arizona was one as well.

TUCSON, Ariz — Greg Hansen takes his seat for the marquee home of the season, as Arizona hosts Gonzaga.

"Nothing matches this," Hasnen says.

Hansen has been coming to McKale Center long before the Zags were a national power, and for that matter, long before Arizona was one as well.

"Media row used to be here," Hansen says as he points to the desk around him. "There were like eight newspaper writers, and now there is two. Sign of the times."

The one constant has been Greg Hansen. Originally from Utah, he came to interview at the Arizona Daily Star back in 1981.

"It was mid-summer, and you know what it's like landing in the Tucson airport in mid-summer. I looked out the window and said I would never come."

But Hansen did come, first as the Daily Star football beat writer, and then columnist, where for four decades, his writing, including his Sunday Notebook, has been a must-read for southern Arizona sports fans. On the day I visit, Hansen is working on one of his signature pieces, the top one hundred southern Arizona sports figures of the year. It's something he started back in 1995.

"I like how people like number 81 would call me and say, 'thanks for putting me on the list,' so I've done it ever since," said Hansen.

Finley knows the irony. Hansen could be near the top of his own list.

"Greg comes through his opinions through research, and through writing, and he shares them," said Finley. I think that's a lost art. He's an opinion columnist, yes, but what he's doing is journalism. You take the word 'I' out of many of his columns, and they can run in our paper as features. He's telling stories."

It's not just features. Hansen breaks his share of stories, like when former University of Arizona Wildcat athletic director Greg Byrne who left for the same role at the University of Alabama.

And when Greg Hansen shows up to a news conference, his presence is felt.

"You know I think in Tucson, it's real easy to say that Greg Hansen is respected locally," said Finely. "But travel with him, go on the road with him."

That's exactly what Ryan Finley did. For eight years, Finley was the Daily Star Wildcat football beat writer, while Hansen was the columnist. There were eight years of Wildcat games, and eight years of stories. Some involved the storyteller. There was the time actor-comedian Cheech Marin was just ahead of Hansen in the Portland airport.

"They are just taking our boarding passes or ID's or something," said Finley. And, they just let Cheech sail on through. Greg Hansen is the next one up. And the lady at the Portland airport says, 'Mr. Hansen, What's going on with our team?' There was a movie star head of us, and they just blow wright past them. They want to talk to Greg Hansen at the Portland airport about U of A football. That gives you a real appreciation."

Hansen doesn't hold back. There was the time in 1989 when he wrote that the minor league baseball Tucson Toros promotion was a bust. The Toros then turned around and gave out hand fans with Hansen's face on them at the ballpark. They said, "Greg Hansen is now a fan." More than thirty years later, Hansen has no recollection of the incident.

"You have to do another column the next day," said Hansen. "So, you can't stop and worry about it. You have to move on."

And in a city that eats up positive Wildcat news, and an athletic department that many in the media perceive as unwelcoming on negative coverage, it takes a little courage to criticize the Wildcats.

"I never thought of it as courage," said Hansen. "Although, when Lute Olson is angry at you in the prime of his career, it kind of sticks with you."

That happened in the summer of 1991. Star Wildcat basketball player Khalid Reeves was accused of rape, something for which Reeves never faced a criminal trial.

"Reeves finally went to the courthouse, and Lute didn't accompany him" said Hansen. "And, I was just critical and Lute should have been there for him. That simple."

"Lute didn't want to have anything to do with him after that," said Tom Duddleston, who was the team's sports information director at the time.

"And, I can see Lute's side of that," said Hansen. "He got really upset, called me, and said he would never speak to me again."

"Years later, when it was coming towards the end, and his wife was ill, that all changed," added Duddleston.

"He called me, and we went to lunch and talked, and he wanted to start over," Hansen recalled. "I was very glad to start over with him because I had so much respect for him and still do."

That impasse lasted throughout the 1990s.

"Lute was never easy to work with, never," added Hansen.

Hansen also referred to Lute's exit as confusing and often messy. Olson had fired longtime assistant coach Jim Rosborough, and his succession plan never came to fruition. But, Hansen was the first to call for a Lute Olson statue outside McKale Center.

"Lute Olson changed the culture of Tucson," said Hansen. "He changed the image of Tucson. And, there was no statue. To Dave Heeke's credit, he got it built. I would have loved Tucson if Lute hadn't been here doing what he was doing. I had chances to go to Seattle, San Francisco, and New Orleans, but I enjoyed being around UofA basketball so I stayed here because of what he was doing."

Inside McKale Center, it's the post-game news conference after a rare Wildcat home loss. Hansen asks head coach Sean Miller if more games against Gonzaga are in the future.

Hansen plans to continue his craft, though the newspaper industry is facing an uncertain future. He comes from a time in the 1980s when the newspaper columnist set the narrative for a city's sports coverage. In many ways today, Hansen still does.

"Greg is an institution," said Finley. "We hop he stays here a very long time. We live in a world where everyone is kind of a hot-take machine, where every opinion you have gets put out on social media. Greg is more responsible than that. Not a lot of markets have that. I think that makes us a better paper. That makes Tucson better. There's not going to be another Greg Hansen. That's for sure."