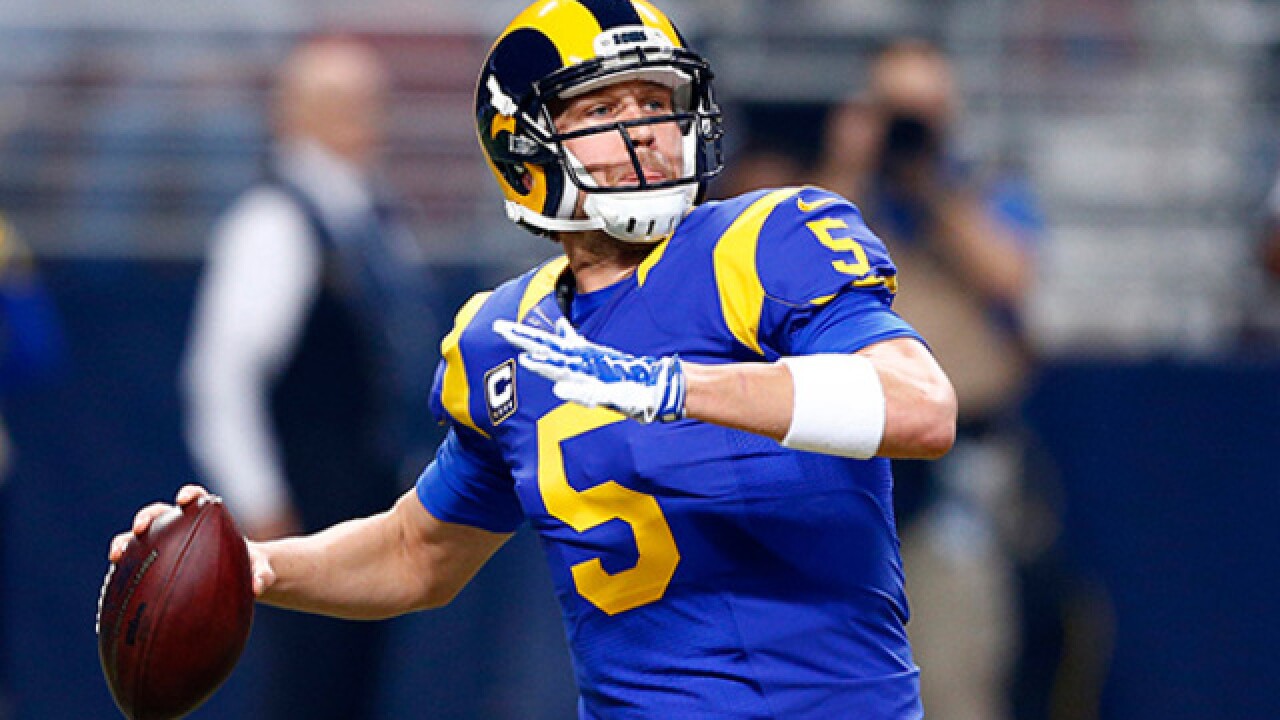 Copyright 2017 Scripps Media, Inc. All rights reserved. This material may not be published, broadcast, rewritten, or redistributed.
Billy Hurst

By: Associated Press
Posted at 8:28 AM, Mar 13, 2017
The Philadelphia Eagles have agreed to terms on a two-year contract with quarterback Nick Foles.
The 28-year-old Foles returns to the team that drafted him and where he had his most success. He went to the Pro Bowl after having one of the best statistical seasons in NFL history in 2013.
The Eagles announced the deal Monday.
Foles will be Carson Wentz's backup. Chase Daniel is expected to be traded or released.
Foles was 14-4 as a starter for the Eagles in 2013-14. He was traded to St. Louis in 2014 and went 4-7 in 11 starts. He won his only start for Kansas City while serving as a backup to Alex Smith last year.
Copyright 2017 The Associated Press. All rights reserved. This material may not be published, broadcast, rewritten or redistributed.