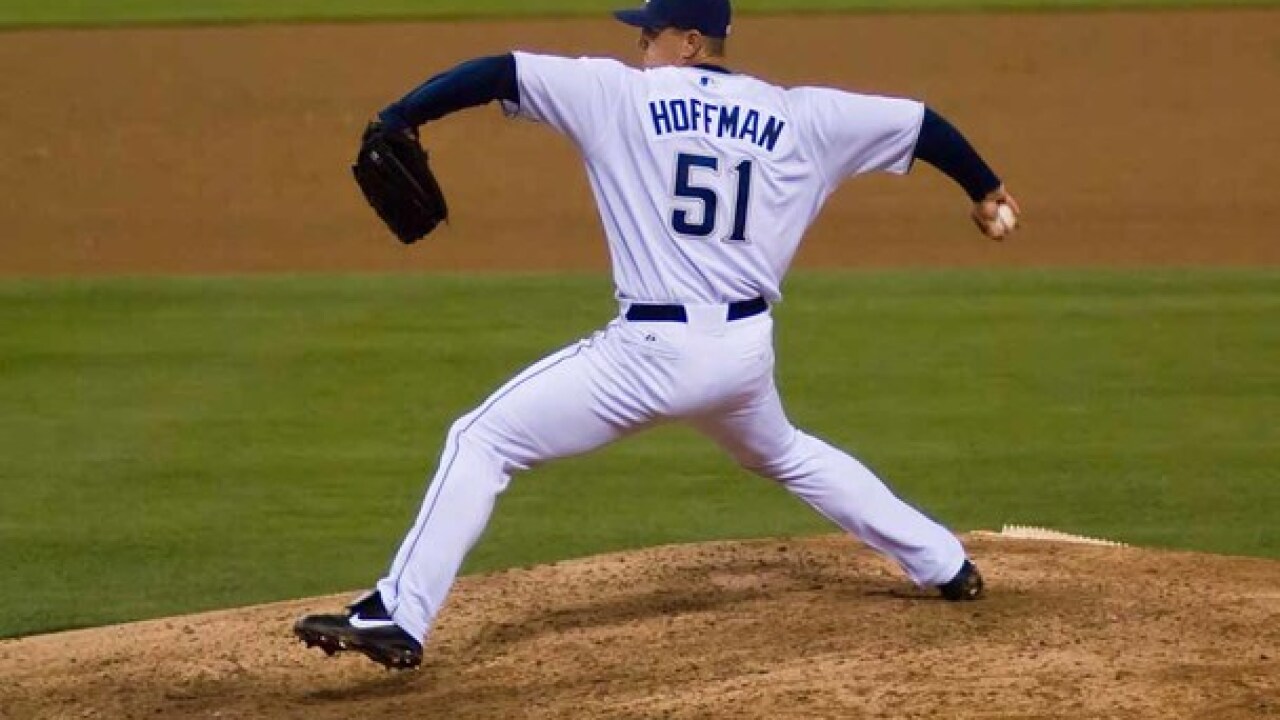 Jeff Bagwell, Tim Raines and Ivan Rodriguez have been elected to baseball's Hall of Fame, earning the honor as Trevor Hoffman and Vladimir Guerrero fell just short.
Steroids-tainted stars Barry Bonds and Roger Clemens were passed over for the fifth straight year by the Baseball Writers' Association of America but received significantly more votes this time and could be in position to gain election in future votes.
Bagwell drew 86.2 percent and Raines got 86 percent. Rodriguez had 76 percent - he received four more votes than the necessary 332 of 442 (75 percent).
Hoffman was five votes shy and Guerrero 15 short.
Copyright 2017 The Associated Press. All rights reserved. This material may not be published, broadcast, rewritten or redistributed.