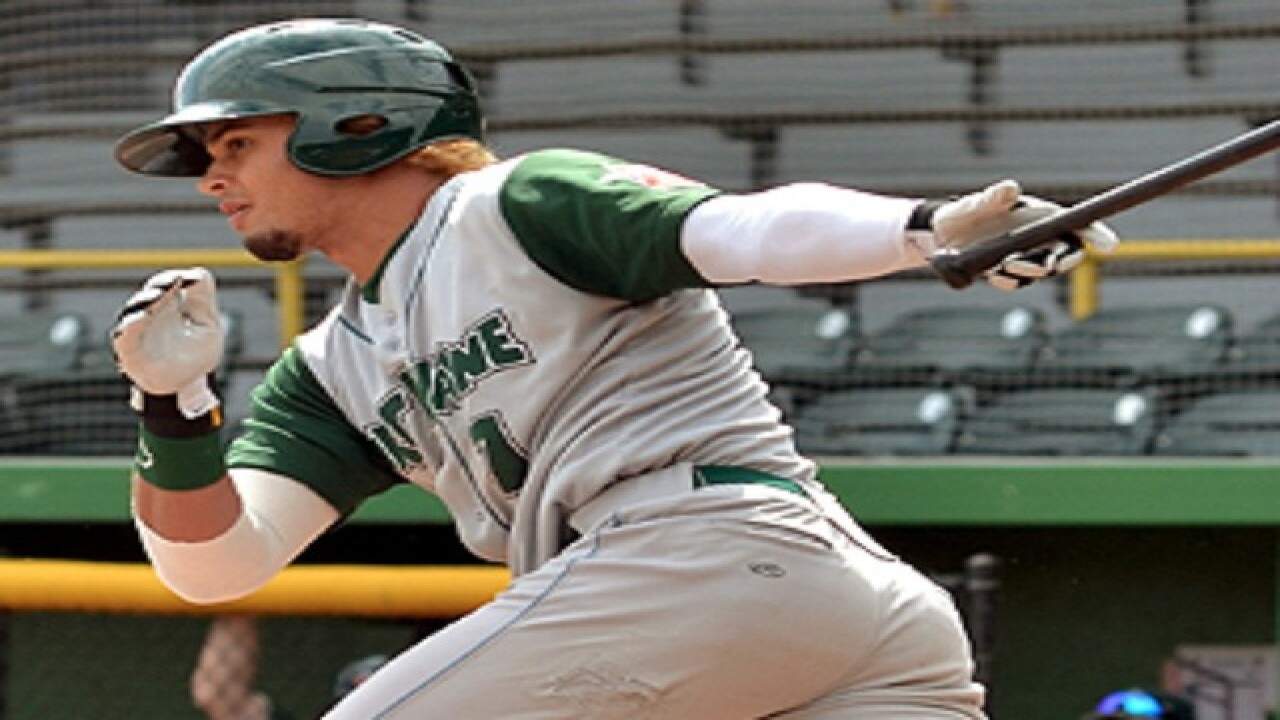 Copyright 2017 Scripps Media, Inc. All rights reserved. This material may not be published, broadcast, rewritten, or redistributed.
<p>(Photo via padres.mlb.com)</p>

Donavan Tate is trying to follow in Tim Tebow's footsteps -- only in the opposite direction.

Tate, who was selected by the Padres with the third overall pick in the 2009 MLB Draft, has left baseball behind in favor of football, as the 26-year-old will join the Arizona Wildcats football team as a quarterback.

UA football coach Rich Rodriguez didn't mention Tate by name, but he confirmed the news during a Wildcat event in Tempe on Wednesday night.

Tate was actually a four-star football recruit coming out of high school in Cartersville, Georgia. He committed to play football at North Carolina over offers from Arizona State, Alabama, USC, Florida, Georgia, Texas, Miami and Michigan, but he decided to sign with the Padres instead, agreeing to a $6.7 million signing bonus.

Washington Nationals pitcher and two-time MLB All-Star Stephen Strasberg was the No. 1 overall pick in the MLB Draft the same year Tate was selected No. 3. Diamondbacks center fielder A.J. Pollock was the 17th overall pick, D-backs pitcher Shelby Miller was No. 19 and two-time American League MVP Mike Trout was No. 25.

But Tate never made his way to the majors after spending six seasons in the minor leagues. He failed multiple drug tests during his baseball career and was suspended for 50 games in 2011.

The Wildcats are coming off a 3-9 season, by far the worst in Rodriguez's five seasons as Wildcat head coach.