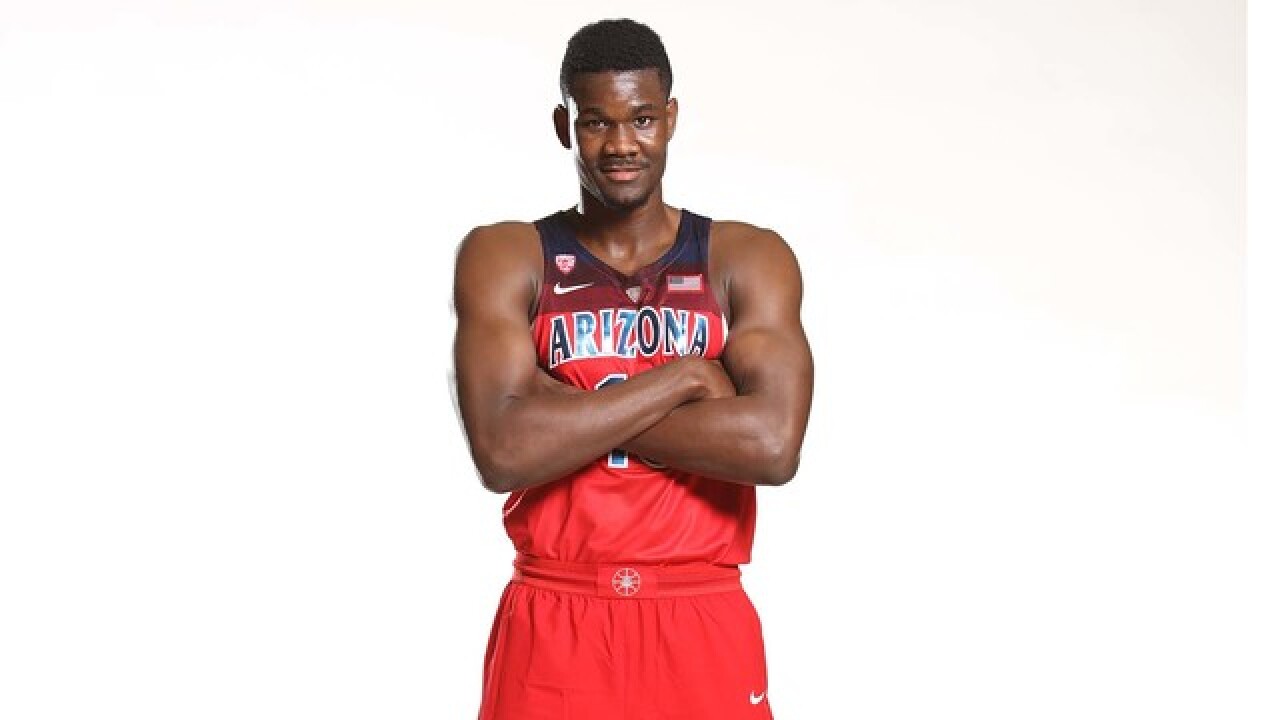 Arizona freshman Deandre Ayton has earned Pac-12 Player of the Week for the second time this season. Ayton led the Wildcats with 23 points, 19 rebounds, three assists and three blocks in the win over No. 3 Arizona State.

The performance was Ayton's fourth game of 20 or more points and 10 or more rebounds, as well as the 10th double-double of the season.

The 7-foot-1-inch forward has spent most of the season as one of just three players in the nation to average at least 20 points and 10 rebounds per game while shooting over 60.0 percent from the field. After tallying 10 double-doubles in his first 14 games as a Wildcat, Ayton is on pace to breakArizona's freshman double-double record of 12 by Michael Wright in 1998-99 and Al Fleming in 1972-73.

The Bahamas native was previously named the conference's player of the week on Dec. 4 after averaging 20.5 points and 9.5 rebounds per game in wins over Long Beach State and UNLV. That award-winning week was highlighted by his 28 points, 10 rebounds and three blocks in UA's overtime win at UNLV.