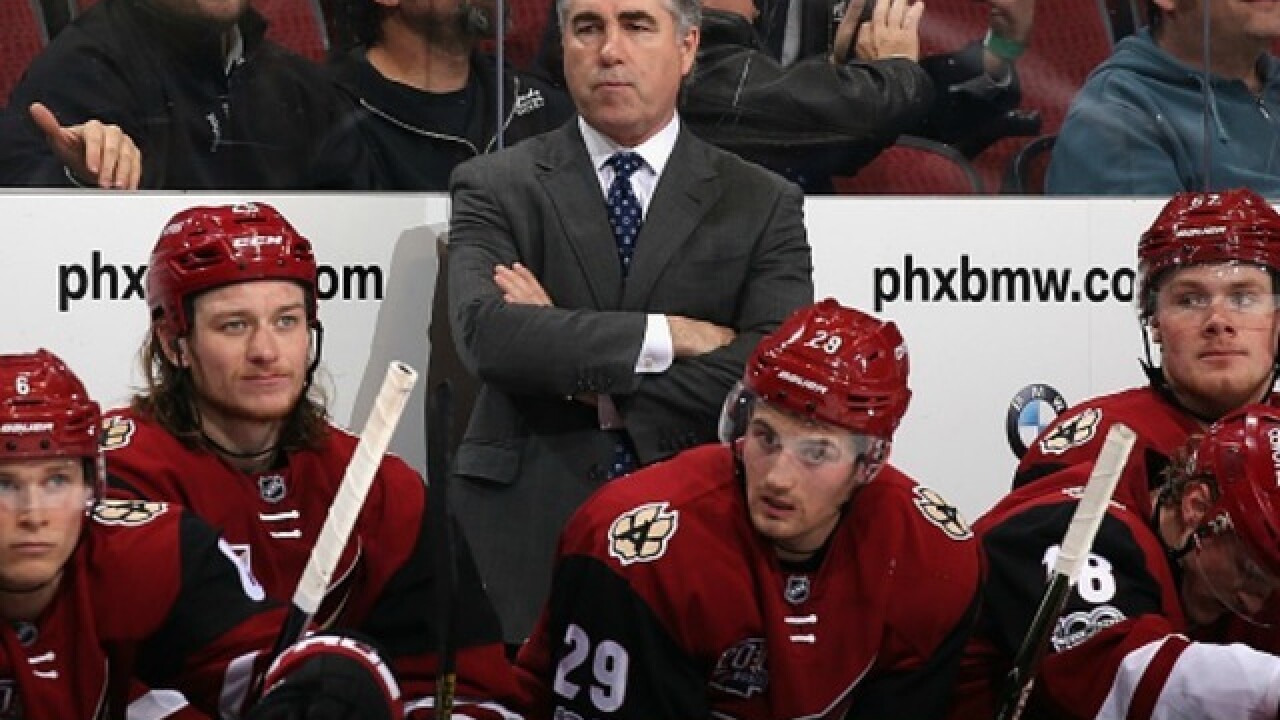 Copyright 2017 Scripps Media, Inc. All rights reserved. This material may not be published, broadcast, rewritten, or redistributed.
Christian Petersen

The Arizona Coyotes have parted ways with head coach Dave Tippett, who has served as the team's coach since 2009, the Coyotes announced Thursday.
"On behalf of the entire Coyotes organization, I would like to sincerely thank Tip for all of his hard work and the many contributions he made to our organization," Coyotes owner Andrew Barroway said in a statement. "Tip is a man of high character and we are very grateful for his leadership during his tenure as our head coach.
"Ultimately, we have some philosophical differences on how to build our team. Therefore, we mutually agreed that it is in everyone's best interest to have a coaching change in order to move our franchise forward."
"After some thoughtful discussions with Andy, we both agreed that it was best for me to move on," Tippett said in a statement. "I have thoroughly enjoyed my time with the Coyotes and wish Andy and the entire organization all the best in the future."
The 55-year-old Tippett has a career 553 wins as a head coach in the NHL, including a 282-257-83 record in eight seasons in the Valley. He led the Coyotes to three straight playoff appearances from 2010-12, and he guided the team to a 2011-12 division title and first-ever Western Conference Finals appearance. But the Coyotes have failed to make the postseason in each of their last five seasons.
The decision was yet another significant move the Coyotes have made in the last two weeks. On June 12, Barroway completed a deal to buy out the team's minority owners. On Saturday, the Coyotes traded longtime goalie Mike Smith to the Calgary Flames, and on Monday, they announced they will not offer a contract to captain Shane Doan, who had played with the team for 21 seasons.
TSN's Bob McKenzie reported Tippett and Barroway didn't see eye to eye on a number of things, and there is currently a great deal of "friction and tension within the organization." Barroway also reportedly made the decision to part ways with Doan.
Copyright 2017 Scripps Media, Inc. All rights reserved. This material may not be published, broadcast, rewritten, or redistributed.