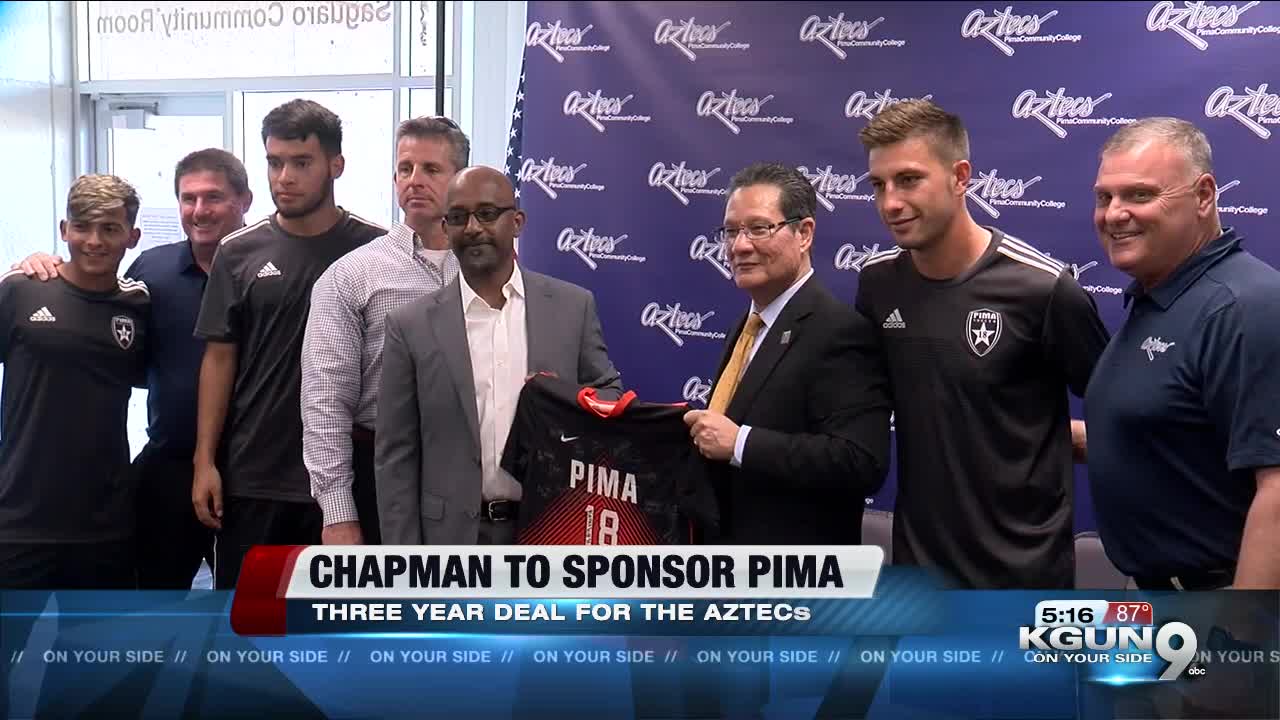 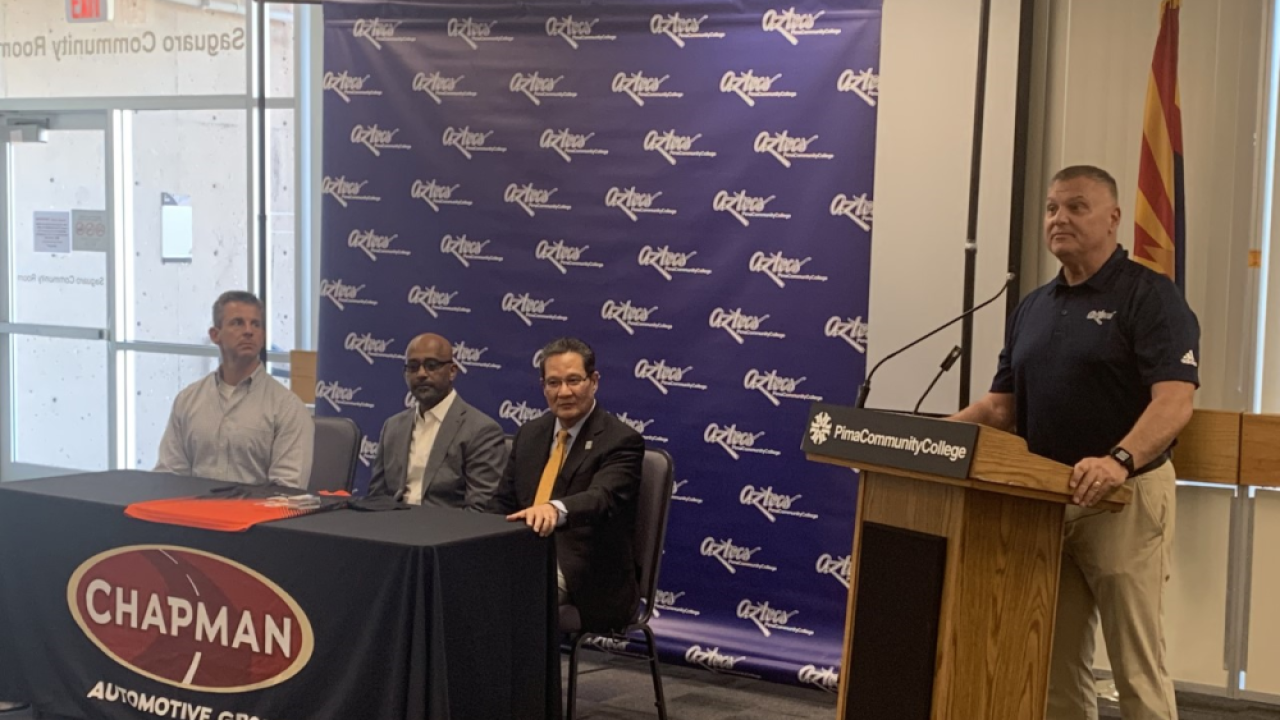 Cosgrove thought that Chapman Automotive, which was already sponsoring the soccer team, might want to sponsor the entire Aztec program.

"I had a light bulb moment where I thought maybe I would reach out to them and see if they wanted to do something on a bigger scale," said Cosgrove.

"Initially, it was a no-brainer from the get-go," said Yonas. "What Dave has done with the program, what Pima has done by winning a national championship, those are fantastic achievements that we are more than happy to be affiliated with."

The two sides came together on a three year deal worth a total of two hundred and ten thousand dollars. Chapman will have signage on the west campus facilities, sponsor a new scoreboard, and there will be a walk of fame for the Aztecs.

"It gives us an opportunity to build a bit of a nest egg and to help our athletic teams right now that are a little short in some areas because of budget cuts," said athletic director Jim Monaco.

Monaco stresses that football will not return. He'd like this sponsorship to be the start of several for the college.

"We're really hoping that it catches fire, and people see the investment in Pima is worth it," added Moanco. "These kids are from there, stay here, and they work in our community."