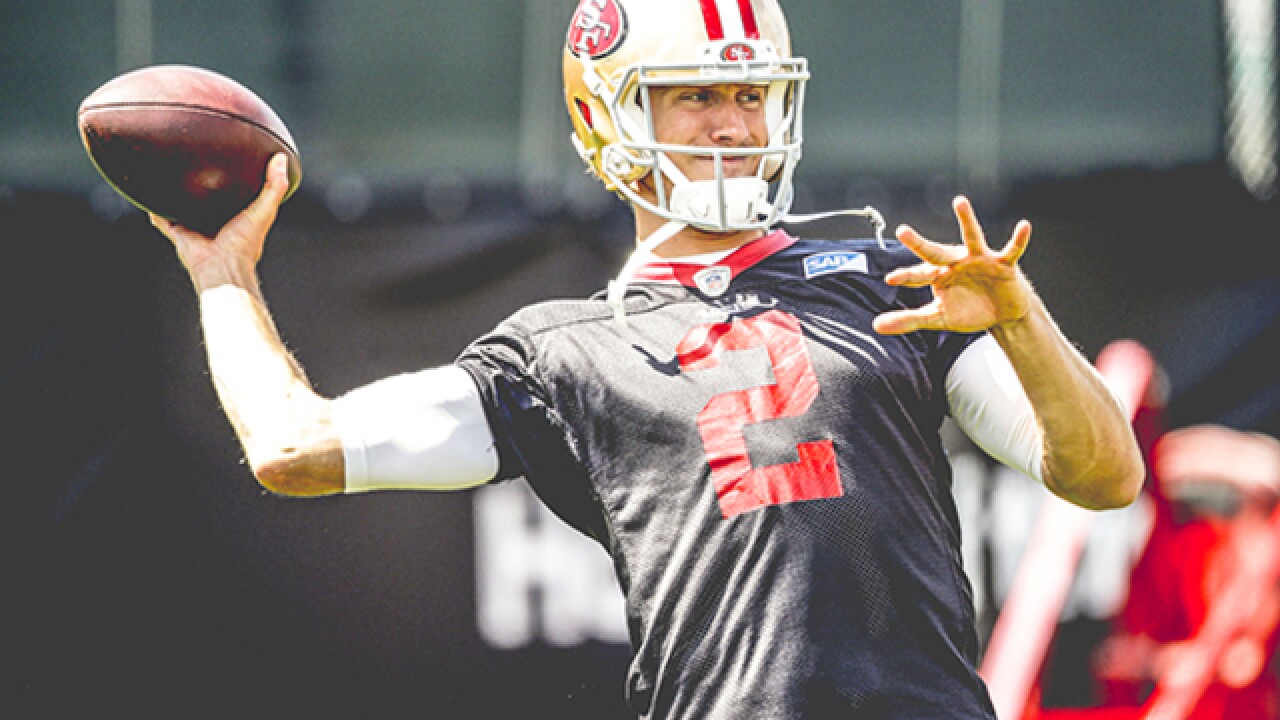 Posted at 1:33 PM, May 11, 2017
The Arizona Cardinals have officially announced the signing of quarterback Blaine Gabbert to a one-year contract.
Gabbert presumably will compete for the backup job behind 37-year-old starter Carson Palmer. Drew Stanton has filled that role since coach Bruce Arians came to the Cardinals in 2013.
Jacksonville made Gabbert the 10th-overall pick in the draft out of Missouri in 2011. He played three seasons with the Jaguars and the last three with San Francisco.
He opened last season as the 49ers' starter but his erratic play during their 1-4 start led to his benching in favor of Colin Kaepernick, who remains unsigned for the coming season.
Gabbert has played in 43 games in his NFL career, 40 as a starter.
Copyright 2017 The Associated Press. All rights reserved. This material may not be published, broadcast, rewritten or redistributed.