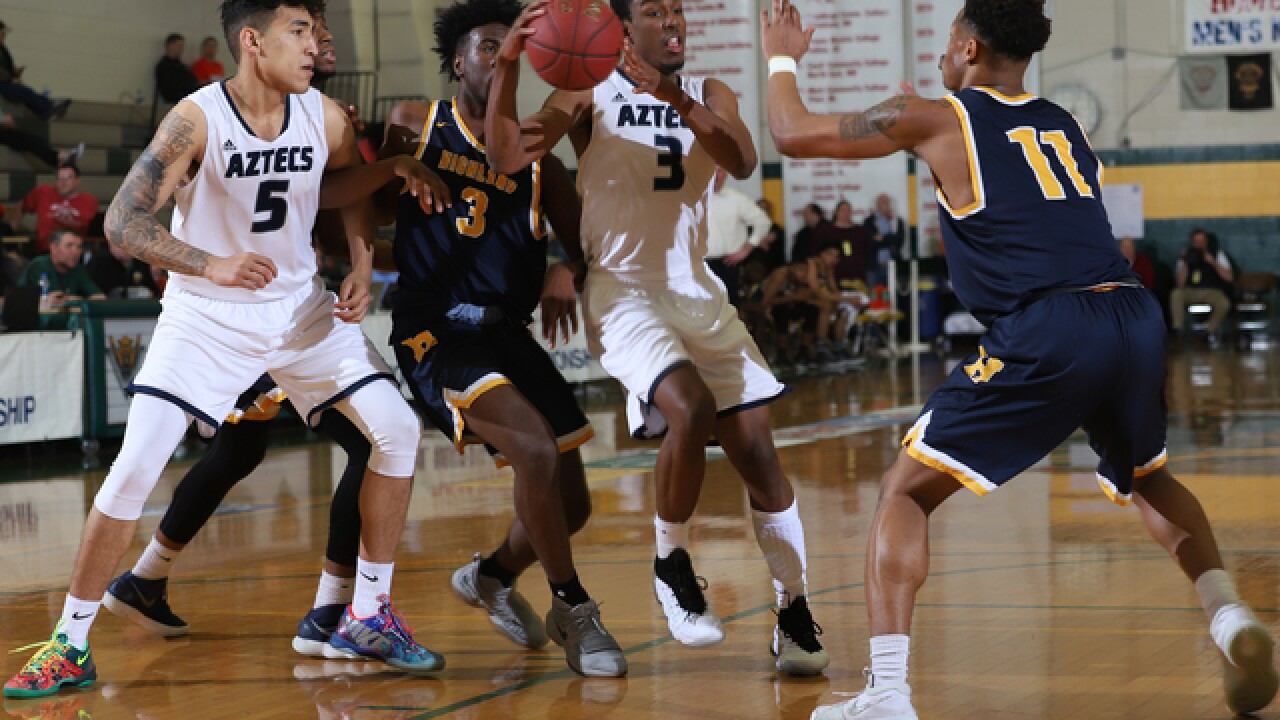 The Pima Community College men's basketball team (30-4) is two wins away from a national championship.

The No. 2 seeded Aztecs defeated No. 10 Highland Community College 103-88, earning their first berth into the final four in men's basketball program history.

The Aztecs took a 15-13 lead with 13:53 left in the first half and the three-point shooting came into effect. Freshman Jeremiah Bailey knocked one down from the outside and sophomore Keven Biggs hit back-to-back treys on consecutive possessions. The Aztecs turned it into a 14-2 run in a little over three minutes to take a double digit lead at 29-15. Pima led 49-37 at halftime.

The Aztecs  wore down the Scotties (26-8) in the second half as they maintained a double digit lead throughout and led by as much as 23 points at 73-50 when Bailey hit a three-pointer with 11:29 remaining.

After scoring just three points on 1 for 9 shooting in the first round against Southern Maryland, Biggs came back with a force as he finished with a game-high 34 points on 12 for 21 shooting and 9 for 16 from three-point range. He produced a one-handed highlight dunk early in the second half to make it 57-41. He also had four rebounds, four assists, two steals and two blocks.

The Aztecs will play the winner of Arkansas State University Mid-South and Delta College in the semifinals on Friday night.