Augie Busch to be named Arizona's swim and dive coach 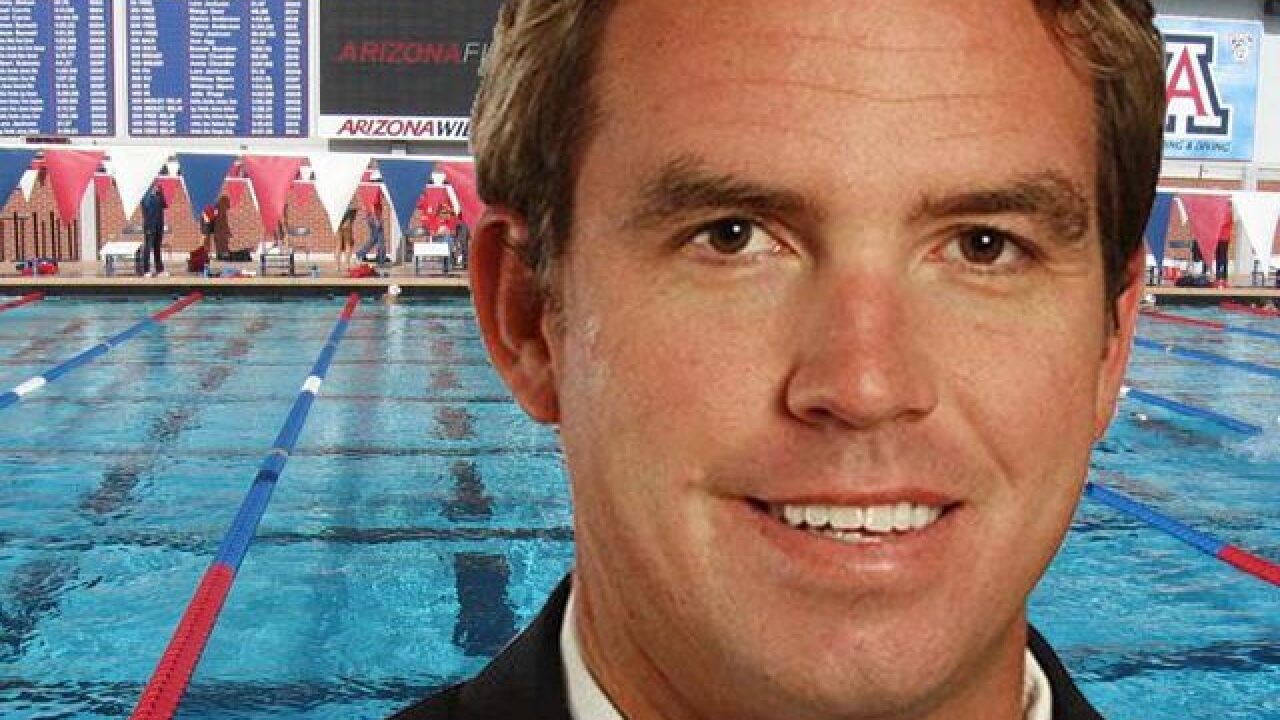 Arizona will introduce Augie Busch as its new head swimming and diving coach at a news conference on Tuesday.
A Wildcat assistant for eight seasons under his legendary father Frank Busch and a UA alumnus, Busch returns to Arizona after spending the last four seasons as head coach at Virginia and the previous two seasons as the head women's coach at Houston.
"The opportunity to return to the University of Arizona as the head coach of the men's and women's swimming and diving program is both unexpected and thrilling," Busch said. "Tucson is not only the place of my fondest family and college memories, but of my proudest professional accomplishments as well."
Busch guided the Cavalier women to three ACC Championships and two fifth-place finishes at the NCAA Championships, the best finishes in program history. The Cavaliers saw 11 individuals earn 25 All-America honors and 22 honorable mention All-America honors, while producing nine All-America relays and eight honorable mention All-America relays. In four seasons, the Cavaliers set 30 school records, eight ACC records and three NCAA records. With these accomplishments, Busch was named the ACC Women's Swimming Coach of the Year three times.
"We're excited to welcome Augie back to the University of Arizona to lead our prestigious swimming and diving program," Heeke stated. "Augie has the experience and aptitude to build on the storied history of Arizona swimming and diving. He's produced high-level results as both a head coach and assistant coach, while developing national-championship and Olympic quality swimmers. I am confident that he'll lead our program to prominence at both the Pac-12 and NCAA levels."
In two seasons as the women's coach at Houston, Busch improved the profile of the Cougars athletically and academically. The Cougars recorded personal-best times in 90 percent of their swims and broke seven school records in 2013, while achieving a program-best 3.42 team GPA. He led the Cougars to a program-best, second-place finish at the Conference USA Championships in 2013, improving on a fourth-place finish in 2012.
Prior to Houston, Busch was a highly-successful assistant coach at Arizona from 2003-11, when the Wildcats earned 15 top-five NCAA finishes, more than any other program during that period. His tenure was highlighted by both the men's and women's programs winning NCAA Championships in 2008.
As an Arizona assistant, Busch worked primarily with the backstroke, butterfly and individual medley swimmers, while also serving as the program's recruiting coordinator. In his eight seasons at Arizona, Busch's training group produced three NCAA champions, 21 individual All-Americans and swimmers on 10 national championship relay teams.
Busch was instrumental in the success of two Olympians in Albert Subirats of Venezuela and Jake Tapp of Canada. Subirats is one of the most decorated swimmers in UA history with six national titles and 20 All-America accolades. Busch served as an assistant coach for the Venezuelan Olympic team in 2008 as well as for the 2007 Pan American Games.
Prior to his time as an assistant at Arizona, Busch spent two seasons as an assistant coach for the Arkansas women's team, helping the Razorbacks to school records in 15 of 18 events and a 31st-place finish at the 2003 NCAA meet.
Busch started his coaching career in 1996 as an assistant coach for the Hillenbrand Aquatics club team, now known as Ford Aquatics. He was also a volunteer assistant with Arizona from 1998-2001 and he was head coach of a high-profile summer league program, Sabino Vista Hills, during those same years. Busch served as the head swimming coach at Tucson's Salpointe Catholic from 1999-2000.
Copyright 2017 Scripps Media, Inc. All rights reserved. This material may not be published, broadcast, rewritten, or redistributed.