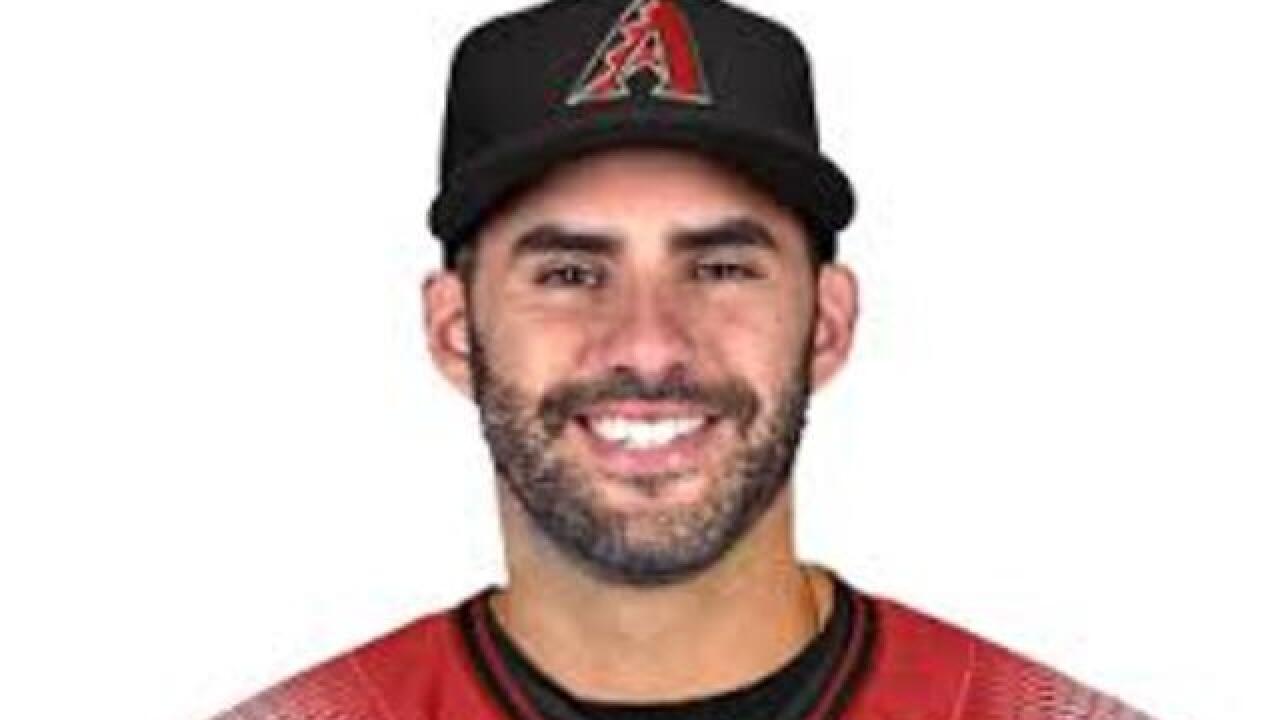 Posted at 8:32 PM, Sep 04, 2017
J.D. Martinez has hit four home runs for the Arizona Diamondbacks in a major league record-tying performance at Dodger Stadium.
It came in a 13-0 win, which was Arizona's 11th straight victory.
Martinez became the 18th player in big league history to accomplish the feat when he kept connecting Monday night against Los Angeles. Scooter Gennett of the Cincinnati Reds hit four homers in a game earlier this season.
Martinez hit a two-run shot in the fourth off Dodgers starter Rich Hill. Martinez added solo homers in the seventh and eighth innings before capping his power show with a two-run drive in the ninth.
It's the first time anyone has hit four home runs in a game at Dodger Stadium.
Copyright 2017 Scripps Media, Inc. All rights reserved. This material may not be published, broadcast, rewritten, or redistributed.