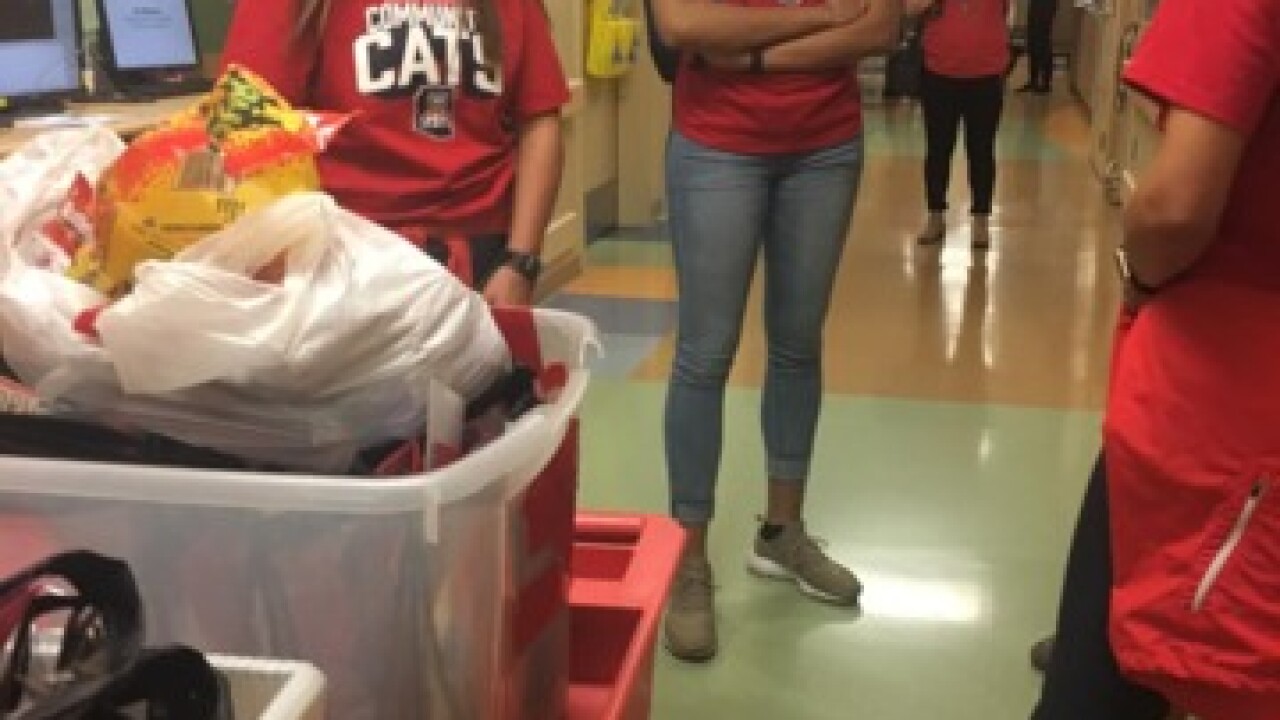 Arizona Women's basketball made its most well received assist of the season, delivering 5,613 Valentine's Day cards and candy to children at Diamond Children's Medical Center.

The ladies were joined by members of the ZonaZoo, and the Valentines Day cards and candy were donated by fans at the last men's home game.

"Unfortunately, these kids can't be in school," said Brian Goldstein, a member of the Zoan Zoo. "I know when I was in class, everyone would give Valentines Day cards. I know if I was in the hospital I'd be pretty bummed if I didn't get those."

There is nothing in the Guinness Book of World Records about the number of Valentines Day cards given to a children's hospital, something Goldstein says they hope to create.

"We made our own record. We just need to submit and pictures and documents to Guinness. Hopefully, they'll approve of it. and we'll get a nice certificate."

The women's basketball team next plays Friday at Arizona State