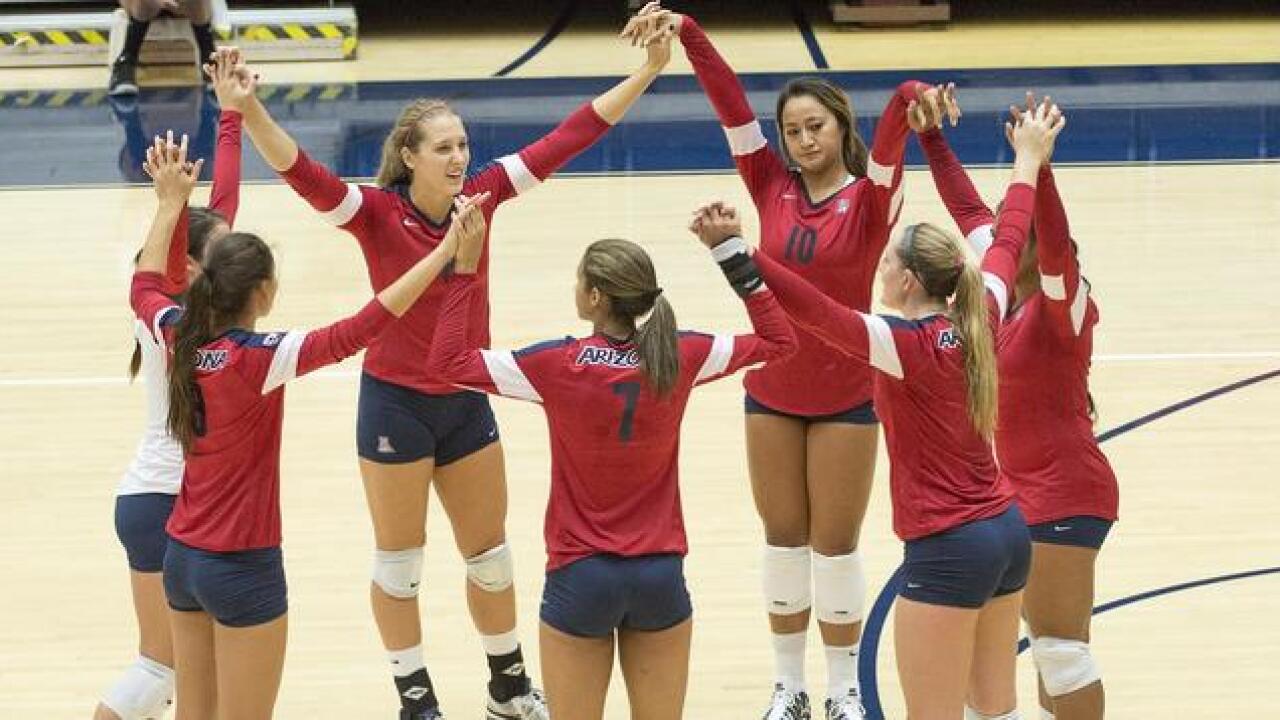 Arizona volleyball announced its 2017 schedule on Thursday, revealing a 31-match slate that includes 16 home matches to be played at McKale Center. Thirteen of Arizona’s 20 conference matches will be televised by the Pac-12 Network.

The Wildcats’ 2017 schedule includes 14 matches to be played against NCAA Tournament teams from a season ago, including six matches against fellow Sweet 16 teams from 2016, with two matches vs. defending NCAA Champion Stanford.

The Wildcats are coming off a 20-15 season a season ago that included its fourth consecutive trip to the NCAA Tournament (28th overall) and its eighth Sweet 16 in program history after its upset of national No. 9 seed Michigan State.

Arizona’s quest for its fifth straight NCAA Tournament begins in Nashville, Tenn., where the Wildcats will compete in the season-opening LUV Invitational. The Wildcats open with East Tennessee State and host Lipscomb on Saturday, Aug. 26 before concluding the Invitational with Middle Tennessee on Sunday, Aug. 27.

The Cats then hit the road for their final three road matches of the year at Colorado (Friday, Nov. 17), Utah (Saturday, Nov. 18) and Washington (Wednesday, Nov. 22). The Cats and the Huskies will be carried by the Pac-12 Network.