#1 Gonzaga advances to their first ever National Championship 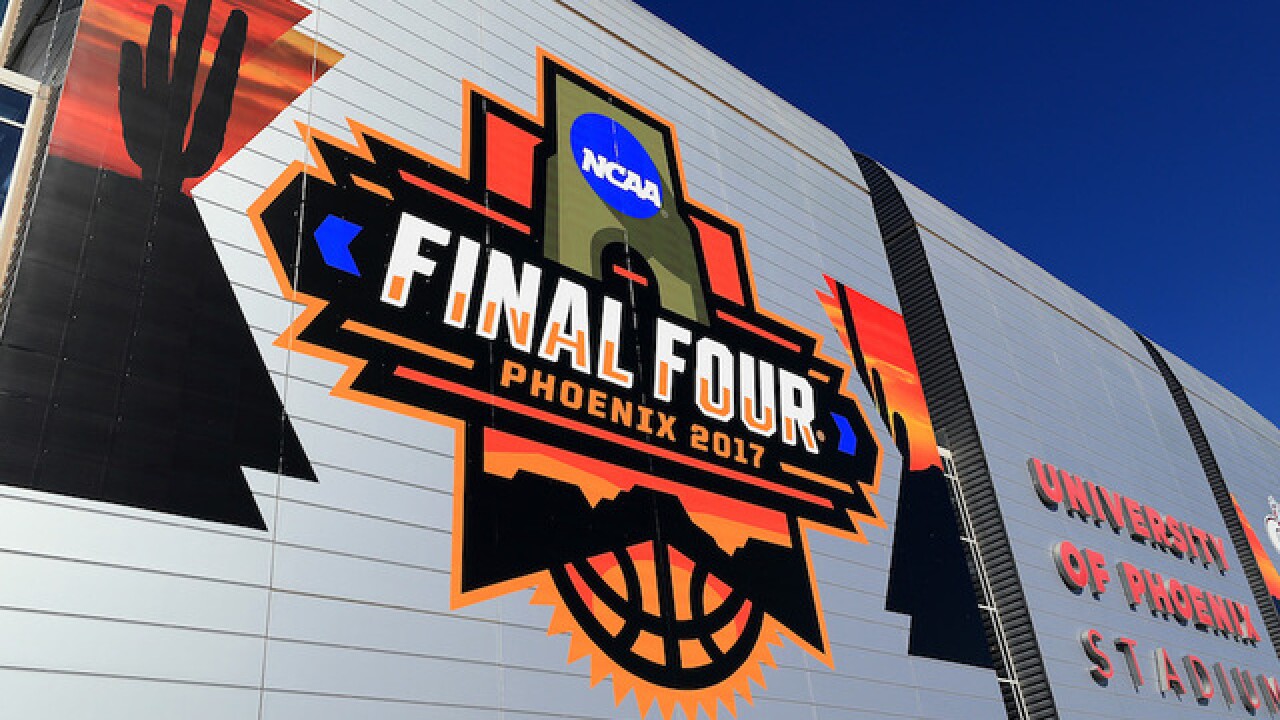 Copyright 2017 Scripps Media, Inc. All rights reserved. This material may not be published, broadcast, rewritten, or redistributed.
Tom Pennington
<p>GLENDALE, AZ - MARCH 30: Final Four logos are seen on University of Phoenix Stadium prior to the 2017 NCAA Men's Basketball Final Four on March 30, 2017 in Glendale, Arizona. (Photo by Tom Pennington/Getty Images)</p>

The Gonzaga Bulldogs survived a furious second-half rally by South Carolina to advance to their first national championship game.

South Carolina reeled off 16 straight points to take a 67-65 lead with 7:06 to play. Zach Collins answered with a 3-pointer to put Gonzaga back on top and the Bulldogs held on from there.

Collins, a 7-foot freshman, had an impressive stat line: 14 points, 13 rebounds and six blocks in 23 minutes of play.

Nigel Williams-Goss scored 23 for the Bulldogs. P.J. Dozier had 17 points for the Gamecocks.