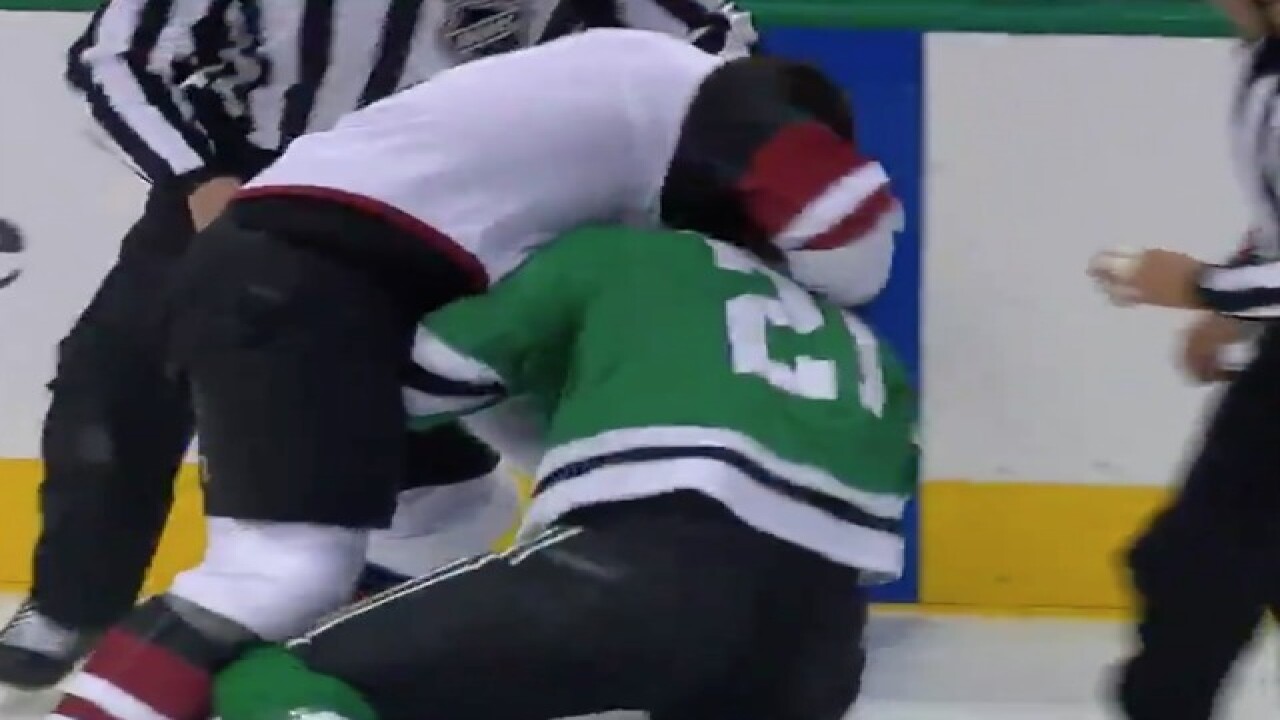 Copyright 2017 Scripps Media, Inc. All rights reserved. This material may not be published, broadcast, rewritten, or redistributed.
<p>(Screenshot via FOX Sports Arizona)</p>

Hockey fans have seen some stellar fights in the National Hockey League throughout the years.

This was not one of them.

On Tuesday, Arizona Coyotes defenseman Luke Schenn and Dallas Stars forward Antoine Roussel engaged in something that resembled a bizarre wrestling match early in the first period of their matchup in Dallas.

Schenn and Roussel both served five-minute penalties for fighting. But really, should they have?