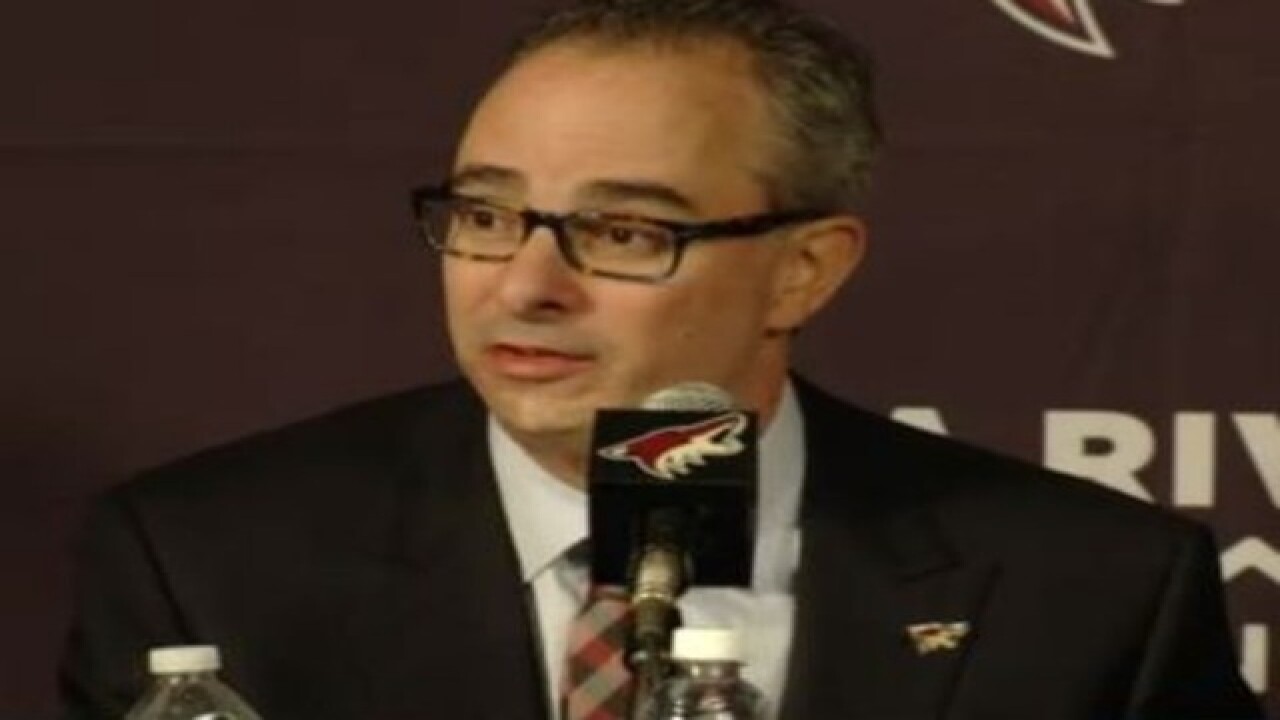 Arizona Coyotes majority owner Andrew Barroway completed the process to buy out the team's minority owners on Monday and is now the sole owner of the team.

Barroway, an American hedge fund manager, became the Coyotes' majority owner in 2014 when he purchased 51 percent of the franchise for $152.5 million. By 2016, Barroway's stake had increased to 54 percent, according to Forbes magazine.

Barroway is committed to keeping the team in Arizona, according to multiple reports.

"The reorganization is an effort to consolidate and strengthen the ownership and to resolve various disputes among the existing owners. We believe this will better position the Club to achieve a long-term solution in the Valley," NHL deputy commissioner Bill Daly said in a statement.

Team ownership has made it clear that the team does not intend to remain in Glendale following the end of its arena lease, which expires after the 2018-19 NHL season.

In 2013, a group led by Canadian businessmen Anthony LeBlanc and George Gosbee purchased the Coyotes from the NHL for $170 million. "The addition of Andrew Barroway to our ownership group further solidifies the Coyotes' long-term future in the Valley," LeBlanc said after Barroway became majority owner the following year.

A source confirmed Monday that LeBlanc will not continue as the Coyotes' CEO and team president, and President of Hockey Operations Gary Drummond will not continue in his role, either. A search for a new CEO is already underway.

The Coyotes are currently looking for a new arena in the Valley. Earlier this year, the Arizona State Senate debated SB 1149, which would have required Coyotes ownership to contribute $170 toward the creation of an arena, but would have also required $225 million in contributions from city and state taxes. That bill has yet to pass, despite NHL commissioner Gary Bettman's letter to the leaders of the state house and senate.

The Coyotes' plan to create a joint arena venue with Arizona State University fell through in February, leaving the team to search for an arena site elsewhere in the Valley.