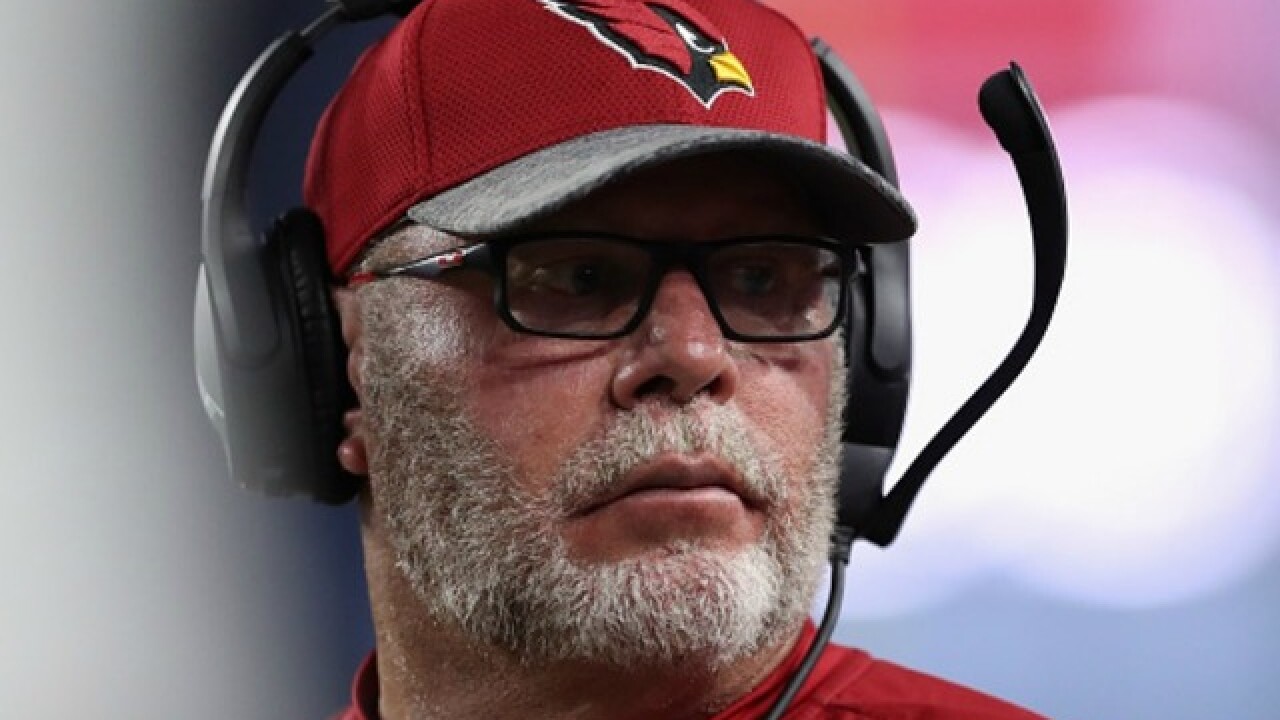 Arizona Cardinals coach Bruce Arians was back at work on Tuesday after a brief hospital stay.
The Cardinals said via Twitter that Arians was expected to be at practice on Wednesday and on the sideline when Arizona plays the Falcons in Atlanta on Sunday.
The tweet included a photo of Arians at his desk.
On his Twitter account, Arians thanked everyone for their well-wishes. He said "everything turned out OK" and he was "happy to be back with the guys."
The 64-year-old coach was hospitalized after feeling discomfort following the Cardinals' return Sunday from Minneapolis, where they lost to Minnesota 30-24.
Copyright 2016 The Associated Press. All rights reserved. This material may not be published, broadcast, rewritten or redistributed.