Impressive Walden Grove Graduate excelling on and off the baseball field 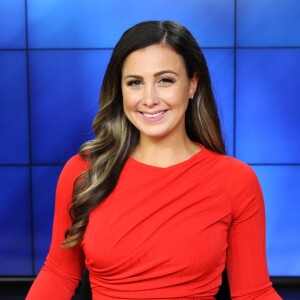 Milo Rushford just graduated from Walden Grove High School. He embodies the spirit of Southern Arizona because he has excelled both academically and athletically during his time at Walden Grove.

TUCSON, Ariz. (KGUN) — Milo Rushford just graduated from Walden Grove High School. He embodies the spirit of Southern Arizona because he has excelled both academically and athletically during his time at Walden Grove.

Rushford says, “Valedictorian wasn’t something I set out to do initially,” but he did. Although he didn’t give a speech at graduation, he still says that’s a big accomplishment he’s proud of.

Rushford finished his high school career with a 4.66 GPA. While he could have attended any university of his choosing, Rushford is following his dreams of becoming a professional baseball player.

He played under coach Hicks for 4 years. As a sophomore, Milo committed to playing baseball at New Mexico State University after graduation.

His coach says, “they saw potential in him as a 10th grader and he’s like sure.” Adding, “he’s got that talent where they would like to pay him to play for them.”

So how did Milo balance to be an excellent student and star baseball player? He says it’s all about effort. “I don’t think you always have to be the smartest student. If you put in enough work and get the A, then you’ll get the most GPA points.”

With a GPA of 4.66, Milo hasn’t gotten a B in a long time. Since fifth grade to be exact. But Milo says he’s “not too worried about it.”