Opening a business in Tucson during a pandemic 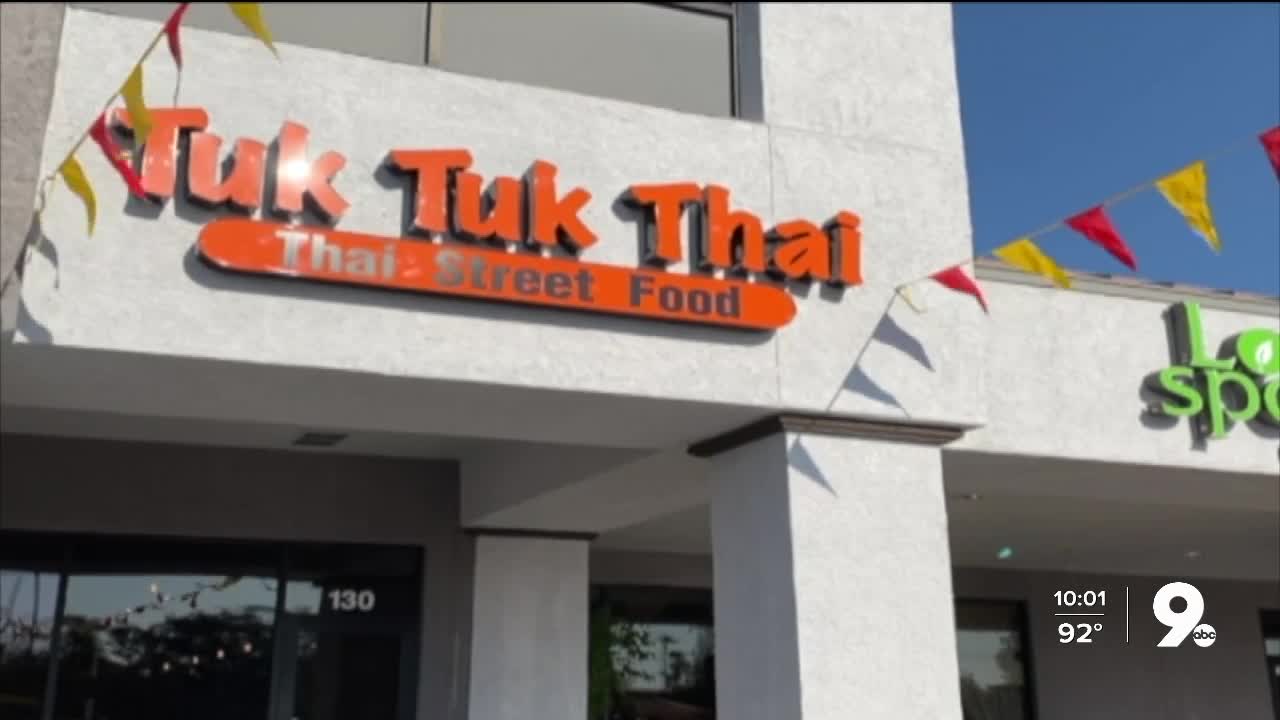 "We just opened today, we just have four hours under our belt."

It might just take away the enthusiasm he's built up to open a restaurant in Tucson. Tuk Tuk Thai is located at 2990 N Campbell Ave.

That's just on their first day of business.

"I need to pick more supplies because I don't want to disappoint Tucson."

Along with his wife and son, Sayso moved to Tucson from Portland, Oregon where he says the family has another restaurant.

"I think it's a great opportunity in my opinion."

Sayso said he's striking while the iron is hot.

He said friends told him Arizona was the place to open up shop, but admits it wasn't his first choice.

Eventually, after doing his research into the Thai food market here, he said he settled on the 'Old Pueblo.'

"I want to go to Tucson, I think Tucson is a great opportunity for us."

Sayso said he measured the risk.

"To me it's a calculated move."

He said he realized business was good enough in one city, why not start up in another.

"After the rebounds, we are doing better than pre-covid as of right now."

He plans to create more jobs in the city.

"I'm hoping, I want to open four of these in the Tucson area."

The risk of opening a new business might be high but Sayso said he'll do whatever necessary to chase an opportunity in Tucson.