Produce give away in Nogales donates food otherwise headed for landfills 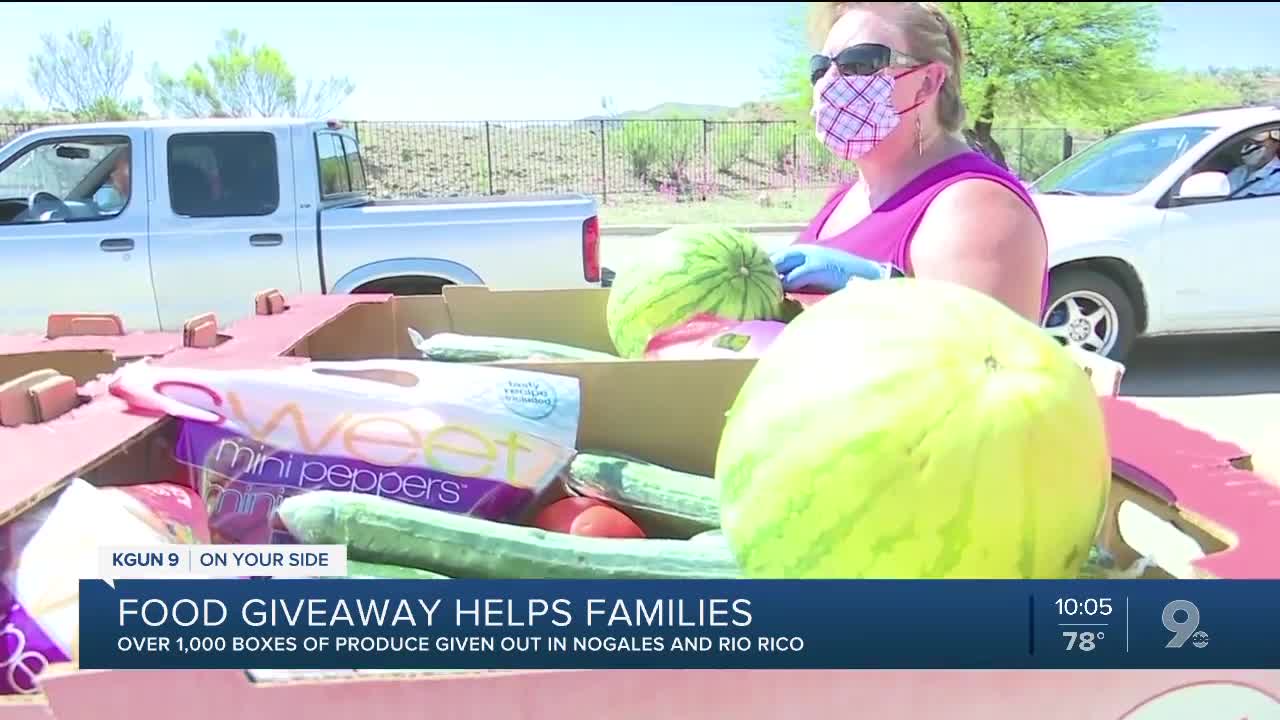 Organizers say the produce, which was still potable, was headed for garbage before plans were made to give it away

NOGALES, Ariz. — The fruits and vegetables came from the soil, made their way into produce houses around the state, and, to the benefit of some families, the produce will end up on their menus at home.

The give away, at the Oasis Cinema in Nogales, was one of two organized on Saturday, the other was at Rio Rico High School.

"It's about 60 people here, besides the police, who are doing traffic control as well."

The roots of the give away started last week.

David Alvarez helped organize both and he says this one is flowing a little smoother than before.

"We had Emergency Management out of Santa Cruz County, who put together an action plan and has made things flow a lot better," Alvarez said.

"It's produce that if we don't use it here would otherwise have ended up in the landfill."

"Produce people that decided that there's better things to do with the produce than dispose of it."

Alvarez said what doesn't end up on a dinner table in Nogales or Rio Rico or any other town around here will go back to the Food Bank.