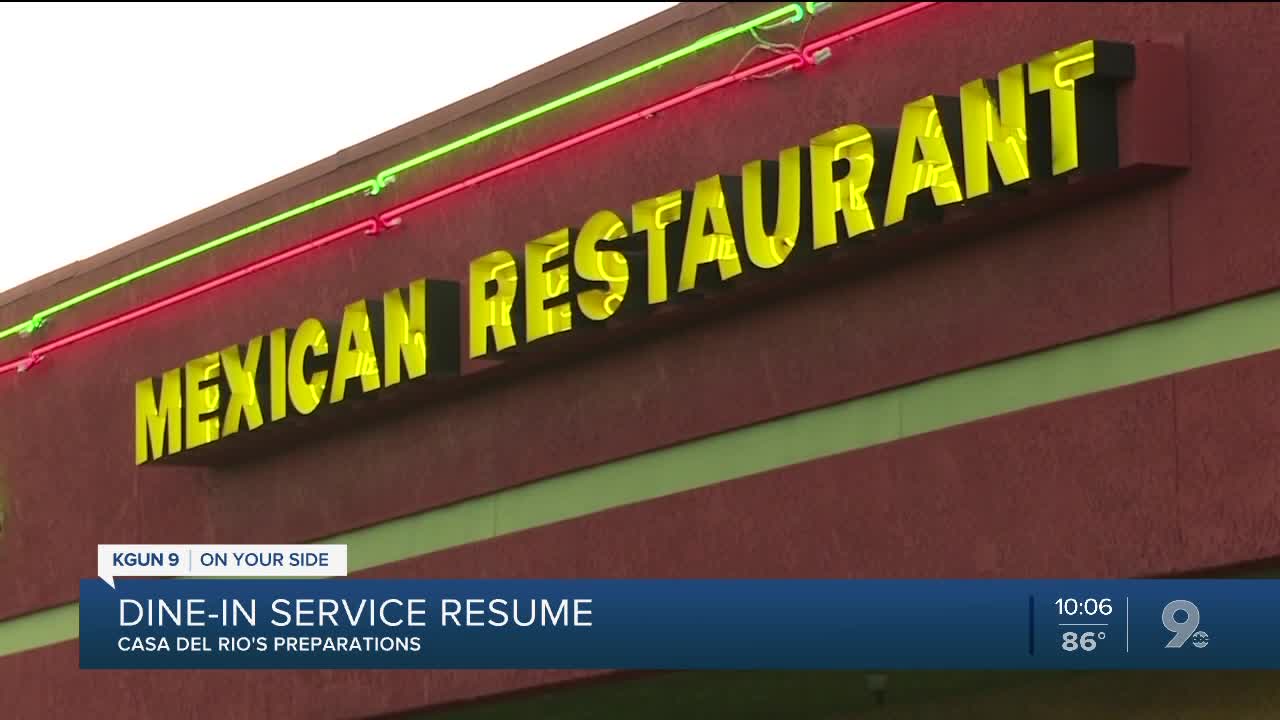 TUCSON, Ariz. — "Monday, May 11th, dine in service can reopen," Governor Doug Ducey, proclaimed at a press conference this week.

However, with continued concerns about a possible increase in COVID-19 cases, so called 're-openings' will happen under some conditions.

"There will be physical distancing inside these establishments. We're working closely with the industry, they will have this week to prepare."

"We've been keeping everybody working, at least, at a part-time basis."

The fact that staff are ready to work full-time again and the green light coming from Phoenix isn't keeping his restaurant from taking safety precautions; beginning with the first thing you might touch after you sit down: their menus.

"We're going to make sure that you're not sitting next to another individual at a table that's nearby. There's going to be essentially like a skip of a table."

Templin said employees will be wearing masks and gloves.

If customers aren't also practicing some precautions of their own, the risk of infection could remain a concern.

"If you're feeling ill, you shouldn't be in a restaurant."