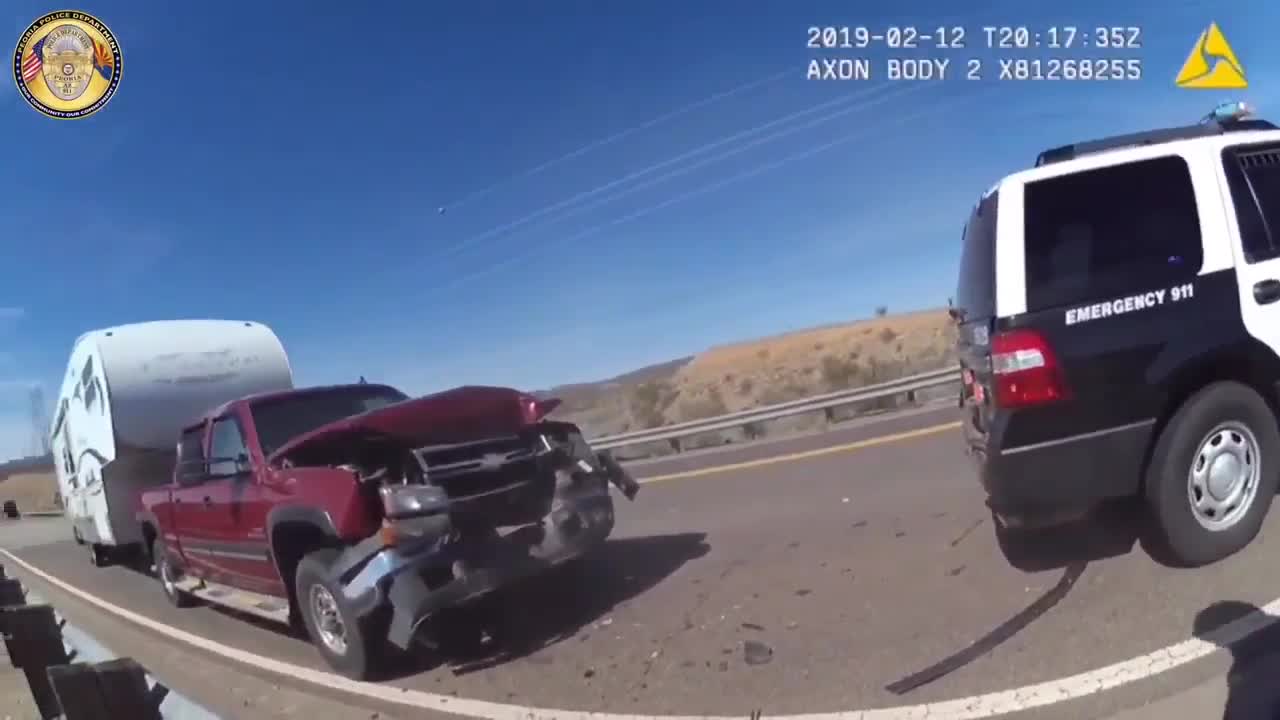 Police shared the video Wednesday as a reminder to drivers to move over for emergency vehicles. 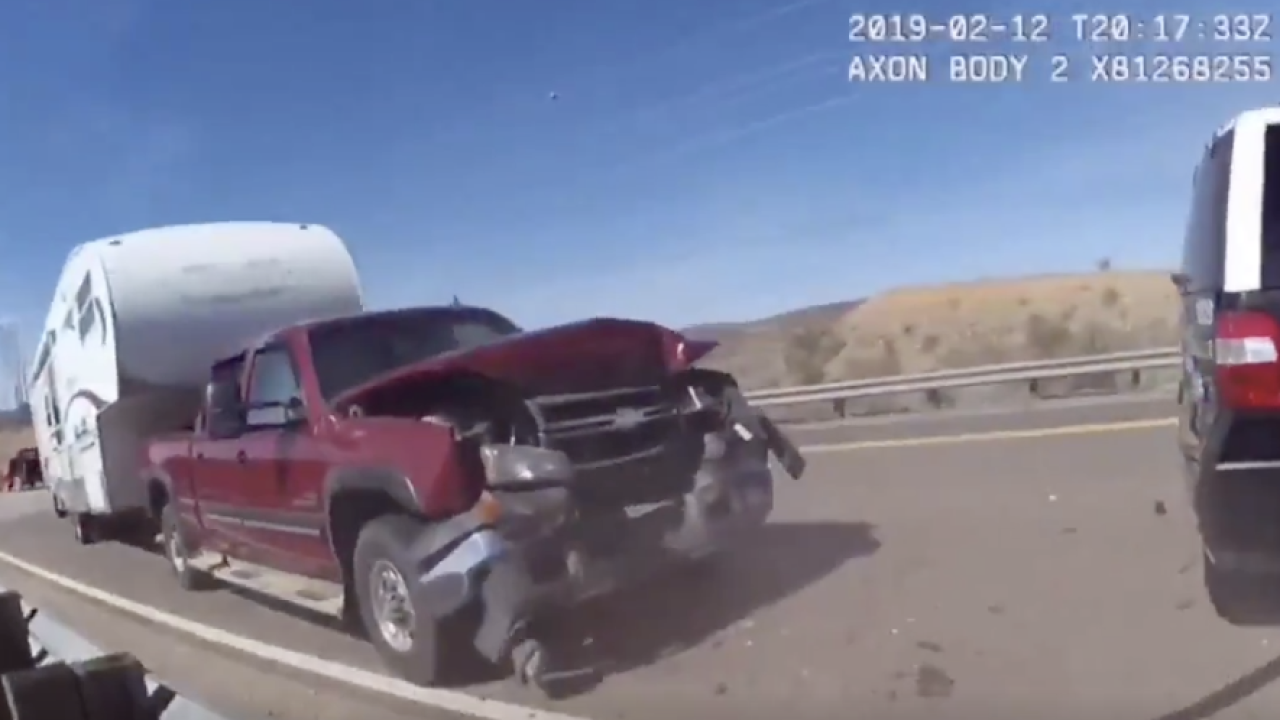 Peoria police are reminding drivers to "move over and slow down for stopped emergency vehicles" after an officer's vehicle was struck on February 12.

Peoria police say an officer stopped on eastbound SR-74 at mile marker 22 to move hay from the road when his vehicle was hit by another car.

Police say the driver was not impaired and stated they were unable to slow down because "the vehicle in front of them had slowed down while passing the police vehicle."

"Nobody was injured thankfully and we want to get the message out to people to devote their full attention to driving and to move over and slow down for stopped emergency vehicles," Peoria police said in a statement.

See the dramatic video of the moment a Peoria officer's vehicle was struck by a driver that failed to yield.

MOVE OVER & SLOW DOWN FOR STOPPED EMERGENCY VEHICLES 🚔This could have been way worse....thankfully nobody was injured! AZ #law requires drivers to #SlowDown & #MoveOver a lane when approaching a stopped #emergency vehicle. Help us spread this message by sharing this! #PeoriaPDAZ pic.twitter.com/vVpg2812VH