Speed limits lowering around stretches of roads in Tucson 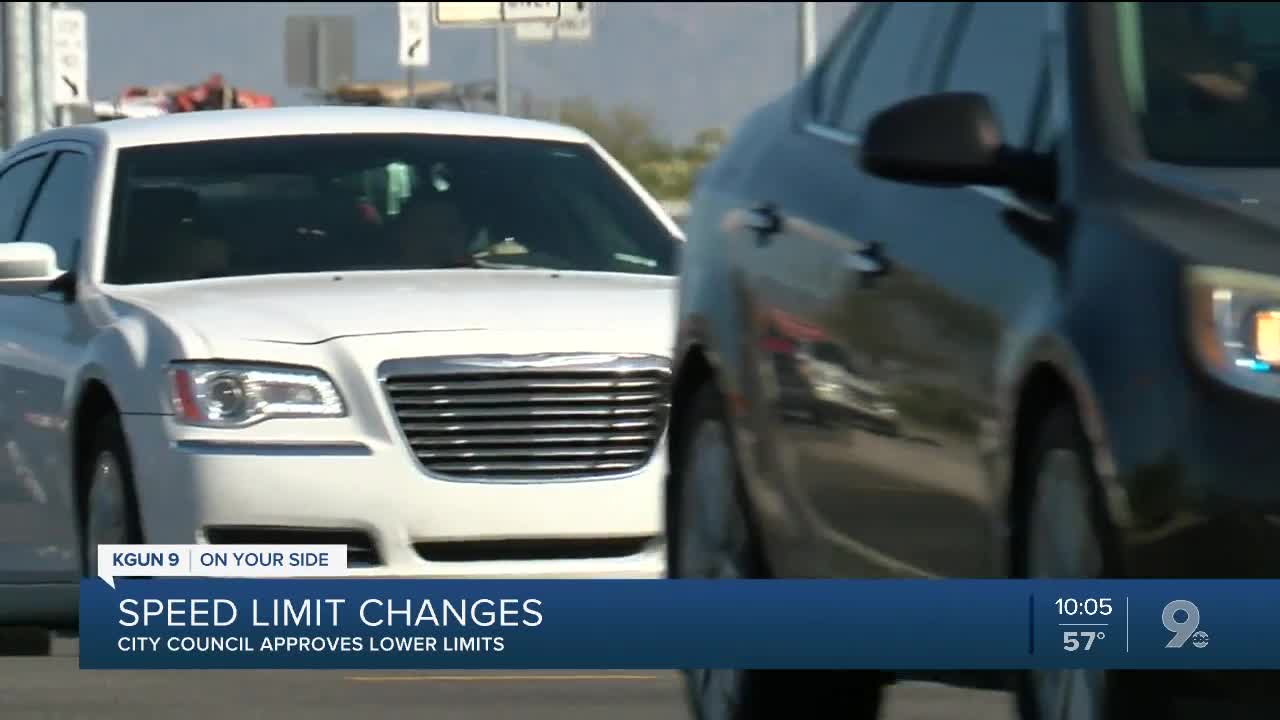 TUCSON, Ariz. — Get ready to ease up on the gas pedal if you drive along some stretches of road in Tucson.

Down Kolb from Coolidge to Valencia, down Valencia from south Kolb to eastern city limits and westbound on Valencia to Kolb.

The stretch of Grant Road between Park and Stone will also have lower speed limits.

"Where we can, we lower the speed limits," Councilman Steve Kozachik explained to why the city prefers lowers speeds in some areas.

"The higher the speed limit the greater the fatality rate."

First and foremost, Kozachik says it's an issue of public safety.

"We don't have the staffing for police to put a cop at every corner with a speed gun, so we have to trust that drivers will obey the speed limits," Kozachik said

"In order for the state to allow us to do that, we had to demonstrate that there was a particular condition on that set of road way that would justify lowering the speed limit."

State law limits how much cities can dictate speed limits, unless there's a valid reason for it.

"Our goal at the council level is to make this a commuter-friendly city in terms of bikes and pedestrians and cars and buses. however you're getting around."

The council approved these limit changes because of new construction on these roads which could spur new development.

Kozachik said slower speed limits are usually applied within 30 days of the council's approval to change them.