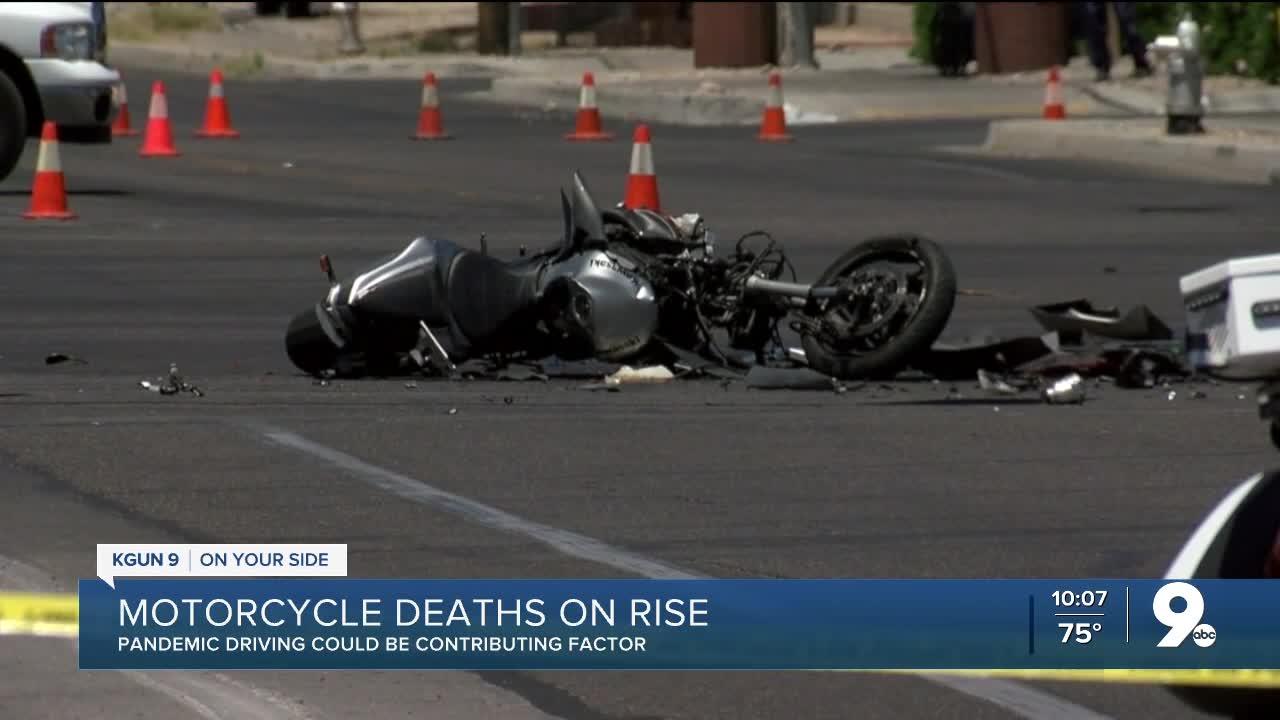 There have been 72 fatal accidents so far this year compared to 80 in all of 2019 and a 47% jump in motorcycle deaths compared to last year.

TUCSON, Ariz. — According to the Tucson Police Department, there have been 72 fatal accidents so far this year compared to 80 in all of 2019. But the question is why?

KGUN 9 caught up with Sgt. David Brotherton in the TPD traffic division. Brotherton says when the pandemic hit drivers started speeding with risky behaviors and the result is a 27% spike in crashes, adding that the bad driving habits are a nationwide epidemic.

“When the volumes decreased the actual driving behavior got worse for those still on the roadway. We saw an increase in speed and poor driving habits as the lockdown eased and more people were coming out. With that, you have people who haven’t been driving for a month or more and now you’re mixing them back into the driving community,” Brotherton said.

Police are also seeing a 47% jump in motorcycle deaths compared to last year. According to Brotherton, in at least 8 of the 22 cases, the rider was impaired and some of them weren’t licensed to ride.

"In 12 of the fatalities the motorcyclists weren’t wearing helmets,” Brotherton said.

Brotherton tells KGUN 9 while working on the streets as a motorcycle police officer, he was nearly hit on a weekly basis and is warning drivers and riders to pay extra close attention to what’s happening on the road.

Police also say give yourself extra time instead of speeding because a split-second decision can have deadly consequences.

"You cannot ride a motorcycle through the city of Tucson like it’s a backroad in the country, letting the wind blow through your hair. If you’re not 100% focused on your riding and potential hazards on the road you will increase your chances of getting hit,” Brotherton said.