People in northeast neighborhood concerned about aggressive driving and speeding 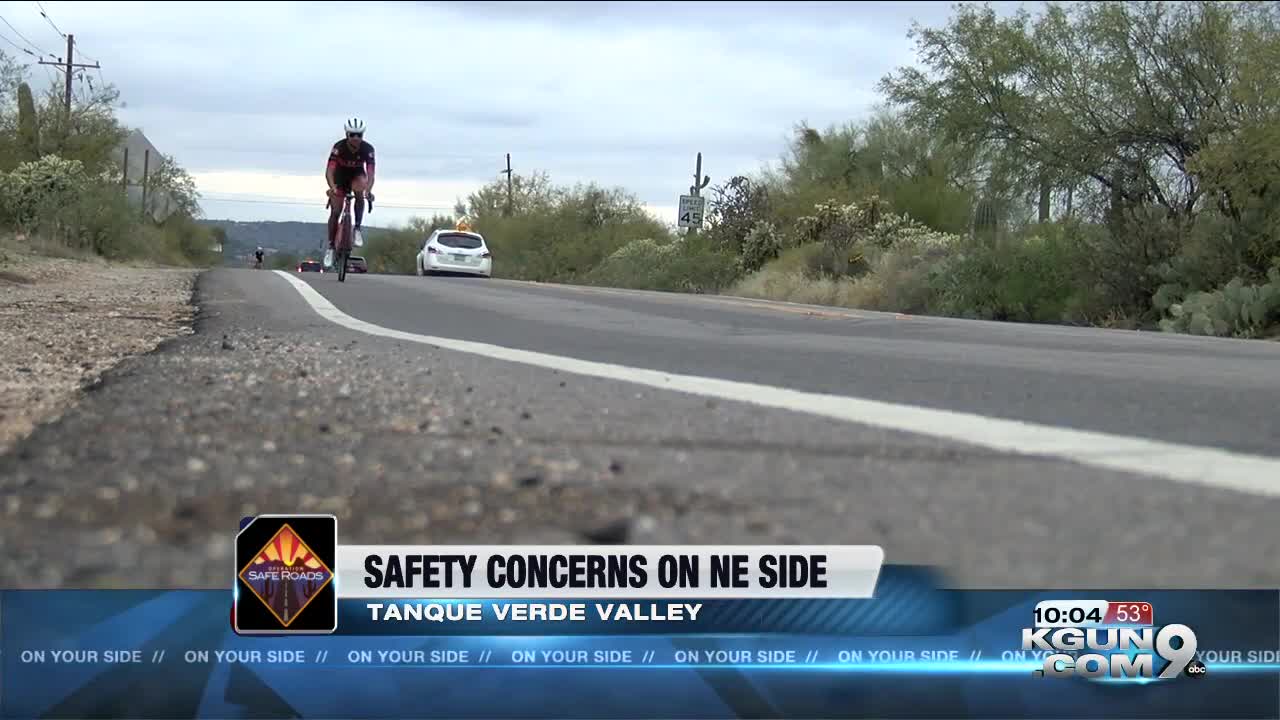 People who live near Houghton and Snyder Roads are speaking up after a deadly crash earlier this month.

TUCSON, Ariz. — There's a growing memorial on Snyder Road, just west of Houghton, on Tucson's northeast side. It's for a woman and a teenager who were killed earlier this month in a DUI crash.

Bill Conklin doesn't live far from the crash site. He says a lot of people who live in the community are retired, and are often out walking or cycling.

But he says the problem is there aren't bike lanes or a marked area for pedestrians and cyclists to be on Snyder.

"And instead of people driving out around and giving them some buffer -- a little space -- they're staying right on the edge and frightening these elderly people," Conklin said. "Not cool."

It's a concern that got some of his neighbors talking on the app, Nextdoor.

A post from Jan. 11 said a woman driving a truck seemed to intentionally swerve into a group of pedestrians who were walking along Snyder.

"People shouldn't be in fear of their lives if they walk their dog or ride their bike on this road," Conklin said.

He says a simple solution is for people to slow down, and think of other people on the road.

"Put yourself in that driver's position -- and think that everybody walking on this road is your mom, or your brother, your sister or your dad," Conklin said. "Take care of them. We got to all take care of each other."