MAP: These are the most crash-prone intersections in Tucson, according to TPD 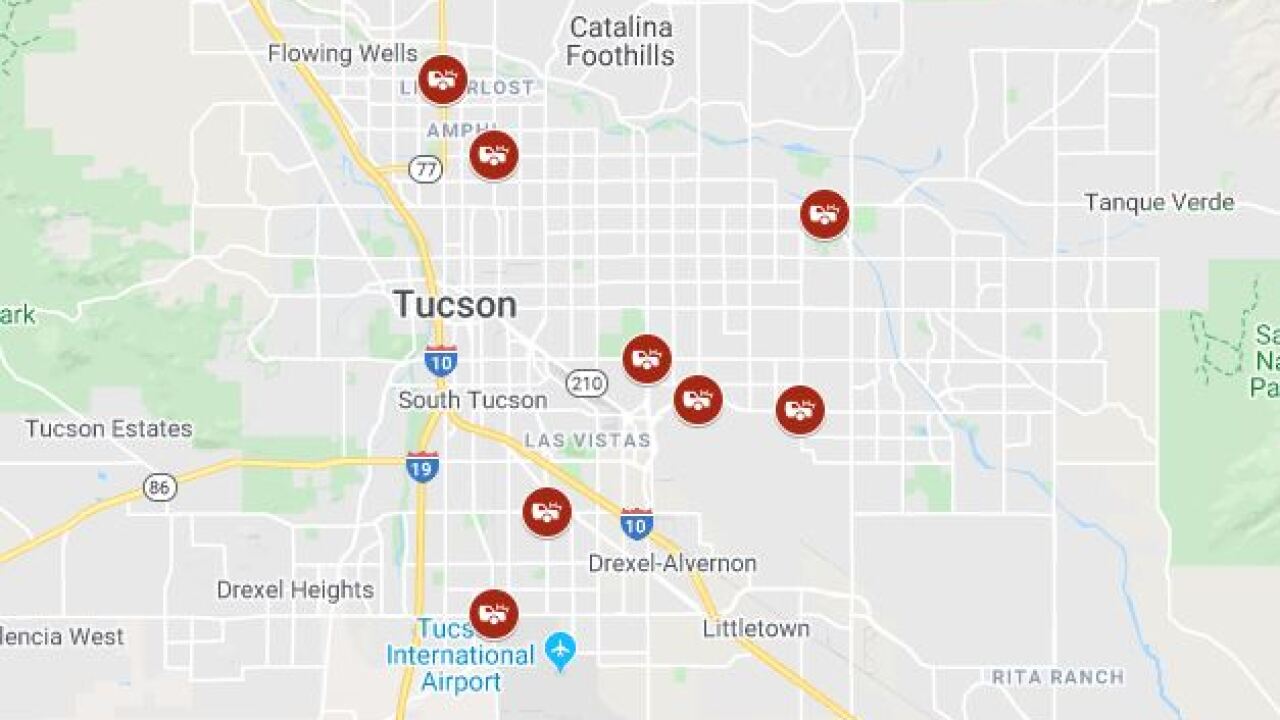 TUCSON, Ariz. — The Tucson Police Department has released a list of the eight most crash-prone intersections of the city Thursday.

The list is in conjunction with a $70,000 grant to the department from the Governor's Office of Highway Safety. TPD says the money will be used to focus on enforcing violations in eight intersections they say "generate a high number of collisions" in the city.

TPD says officers will focus on enforcing speeding violations, seat belt violations, following too closely, failure to yield the right of way, failure to stop at red lights or stop signs, agressive driving, use of a handheld device while driving and driving while impaired.