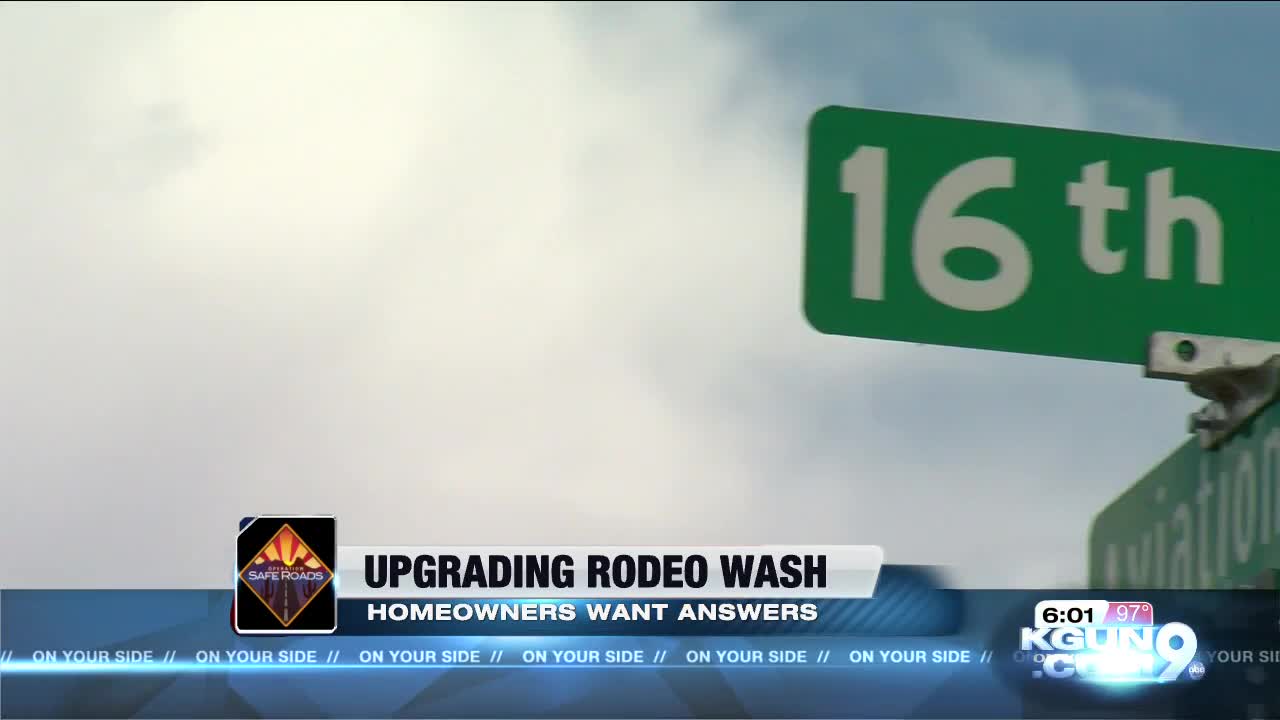 Homeowners in one southside neighborhood say they want wash upgraded for safety. 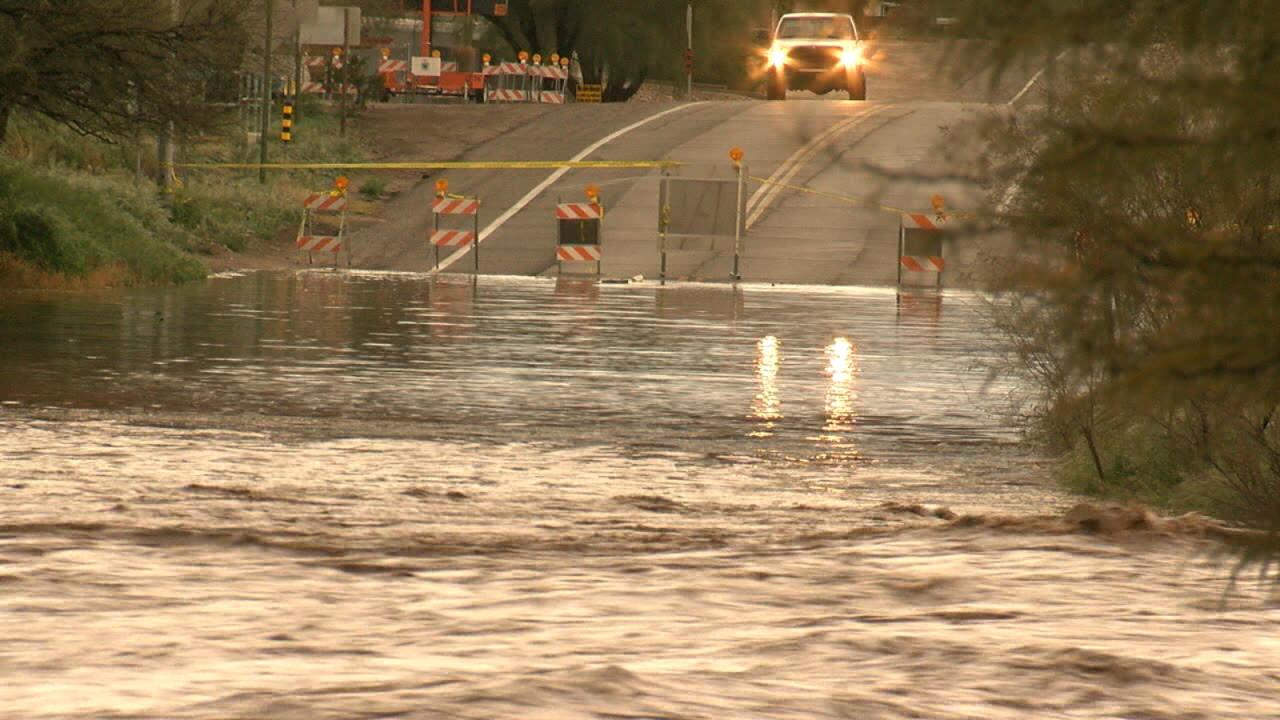 TUCSON, Ariz. — Homeowners in one south side neighborhood say they want the Rodeo Wash upgraded and won't stop pressing the city and county until it happens.

Henry Vega Sr. has lived in the Rose Neighborhood for more than 55 years. He's proud of the home he built with his own hands, but says there's a danger lurking down the road. Vega says that rodeo wash was has claimed 11 lives since he moved in and he joined forces with his neighbors to ask Pima County and the City of Tucson to build a bridge to make the area safer, especially when heavy rains hit.

"The floods, they're just not forgiving." Vega said

Rodeo wash is one of 150 dip crossings across the city. Vega went to Pima County official Richard Elias and others to help get the ball rolling. Vega also says he has 6-year-old documents that prove a new bridge was set to be built back in 2012, but suddenly everything stopped with no explanation. KGUN 9 On Your Side went to county and city officials for answers.

"We've lost 10 people there. And upstream, we've lost one more person, which is 11 people in the last 50 years," Vega said. "This was a very serious place where we needed to bridge. We haven't got an official note on why it hasn't taken place yet."

Pima County Supervisor Richard Elias says there were issues with the original design and moving forward with the 2012 plan would've been a bad move for the neighborhood.

"Those plans were set aside because ultimately, it would have taken property away from 11 different families, and probably removed four of those families from their homes. And that was just not something anybody was willing to do." Elias said.

Tucson city engineer Elizabeth Leibold agrees, she says the old plans won't work and a new watershed study is needed to find the right fit for the wash. They also look at the issues at washes to determine which ones will come up next in a study.

"So we look at different things. So the amount of flooding that occurs there, If it's a very deep flow or fast moving flow. Also, if there's been occurrences like Swift water rescues or other, you know, Hazard." Leibold said

Rodeo wash also is one of five on the list for a city watershed study, but it will take 3 to 5 years to make it happen for Rodeo wash. Both the city and county are responsible for footing the bill. Officials say public meetings will be scheduled for future wash studies as they go into effect for public input on possible solutions.