Concerns and confusion over new roundabout in southside neighborhood 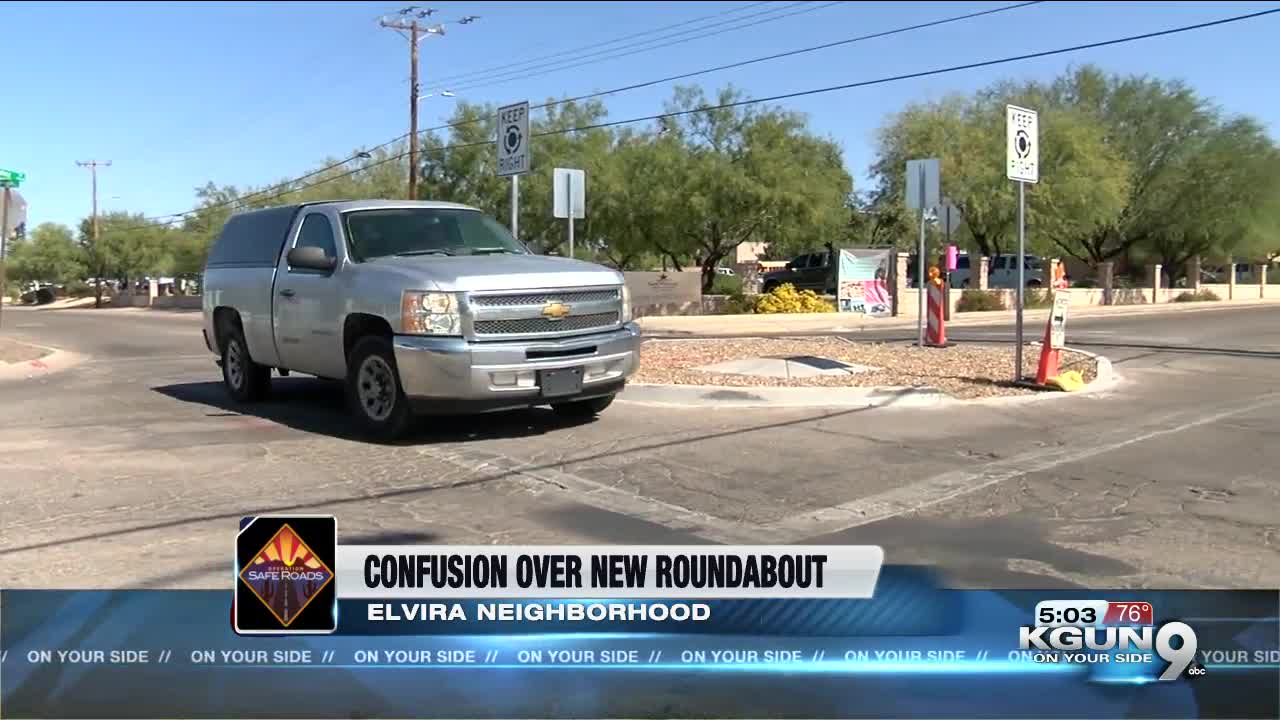 The Tucson Department of Transportation put in a new roundabout a couple months ago in the Elvira neighborhood. People who live in the area have mixed emotions about it.

TUCSON, Ariz. — There's some concern over a new traffic circle in a neighborhood on the southside of Tucson.

Julio Trejo has lived in the Elvira neighborhood for the past 15 years. And for all that time, he says the intersection at San Fernando and Medina Roads was a four way stop.

But a couple months ago, the Tucson Department of Transportation put in a roundabout. Trejo says the sudden change has been hard on drivers.

"I feel like it confuses a lot of traffic," Trejo said. "It's different."

He says the city notified people who live in the area about the traffic concerns, and held public meetings before the roundabout was put in. And at least 60 percent of people approved it.

But Soto says TDOT has received some concerns about the roundabout not being wide enough for cars and pedestrians.

"This traffic circle has been built to design -- built to standard," Soto said. "And it's a good standard."

When KGUN9 was in the neighborhood Tuesday afternoon, some drivers did seem to approach the intersection with some hesistation. But they did follow the roundabout signs.

"A lot of people haven't really followed the roundabout rules," Trejo said. "Normally, if they don't see a lot of traffic, they won't follow it."

But Soto says people will have to just get used to how the roundabout works because it's been installed for safety reasons.

TDOT plans to add reflectors to the roundabout to make the signs easier to see at night.