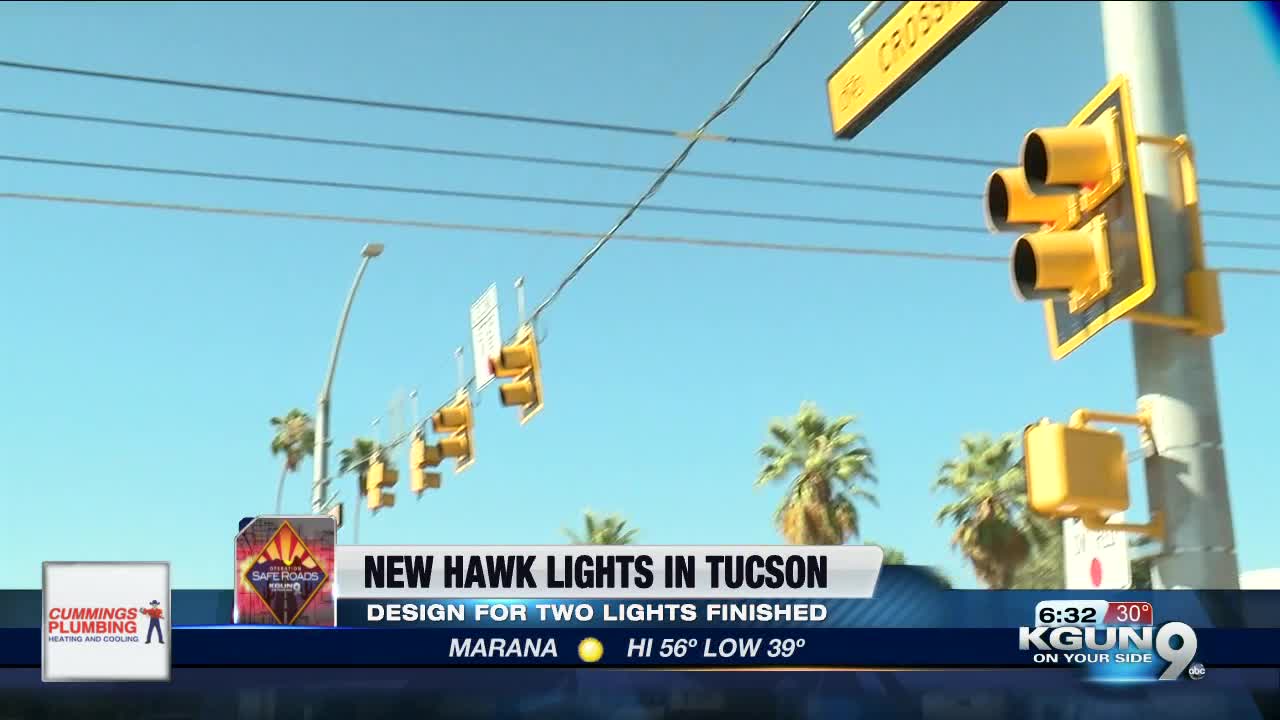 The Tucson City Council is set to vote on whether to make an amendment to an Inter-Government Agreement with the Regional Transportation Authority that would build two of three HAWK lights sooner than anticipated. TUCSON, Ariz. - The Tucson City Council is set to vote on whether to make an amendment to an Inter-Governmental Agreement with the Regional Transportation Authority that would build two of three HAWK lights sooner than anticipated.

HAWK lights or beacons allow for pedestrians to cross busy streets without needing to go to the intersection to do so.

To activate a HAWK light, pedestrians push a button which will turn on flashing red and yellow lights that are meant to instruct drivers on both sides of traffic to stop, allowing for the pedestrian to get across.

The three HAWK lights in question were originally part of a 2015 RTA Call for Projects, in which the department of transportation applied to have the lights built.

RELATED: Pedestrian beacons to be installed in Tucson's most dangerous crosswalks

Since the design for two of the HAWK lights was finished sooner than expected and the RTA had available funds to get the lights built, the city council decided to move forward with the project to have it completed as soon as possible.

The proposed HAWK light on Speedway and Richey Boulevards falls within Ward 6, which Councilman Steve Kozachik presides over, Councilman Kozachik told KGUN9 he was thrilled about the possibility of having the HAWK light in his ward built sooner than initially expected.

"They're absolutely necessary safety components if we're ever going to get our arms around the number of fatalities that we see in the City of Tucson on our roadways," said Kozachik.

It's estimated the cost of having two HAWK lights built will be around $400,000.

If the city council votes to move forward with amending the Inter-Governmental Agreement with the RTA to build the lights sooner than expected, then the amendment will go to the RTA board for their approval on March 28.

Kozachik said he believes the HAWK lights could be up as soon as early 2020.