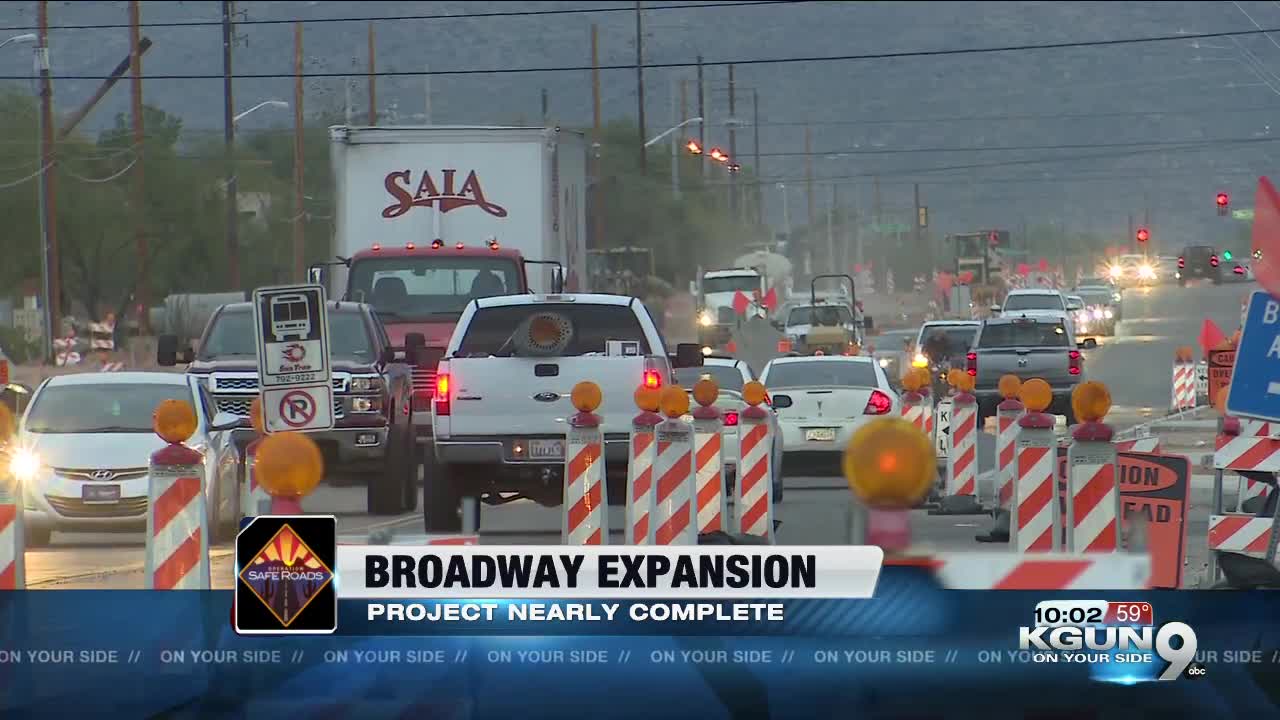 TUCSON, Ariz. — The stretch of Broadway that's been under construction since last September.

Tucson's Department of Transportation says the work should be done by the end of February.

For more than a year this stretch has been under construction.

"The section that was from Camino Seco to Harrison currently is an existing four-lane roadway but without curbs and sidewalks," Mike Graham said.

Graham, with Tucson's Department of Transportation, says lots of other features will be installed on the road.

TDOT is hoping the new installations will create an ideal commuter situation for anyone traveling on this stretch, on the road or on foot.

Medians that collect rain water, similar to what you'd find along a stretch of Grant Road, are also being installed.

"All that storm water that used to flow across the roadway is now going to be captured and go underneath the roadway," Graham said.

TDOT says that water will make it's way to the Rillito River and eventually into the city's aquifer.

This project came at a cost of $14 million dollars, it's part of the larger Regional Transportation Authority project list.

TDOT says the next project to break ground will also be on Broadway between Euclid and Country Club: that is planned to start at the end of January.