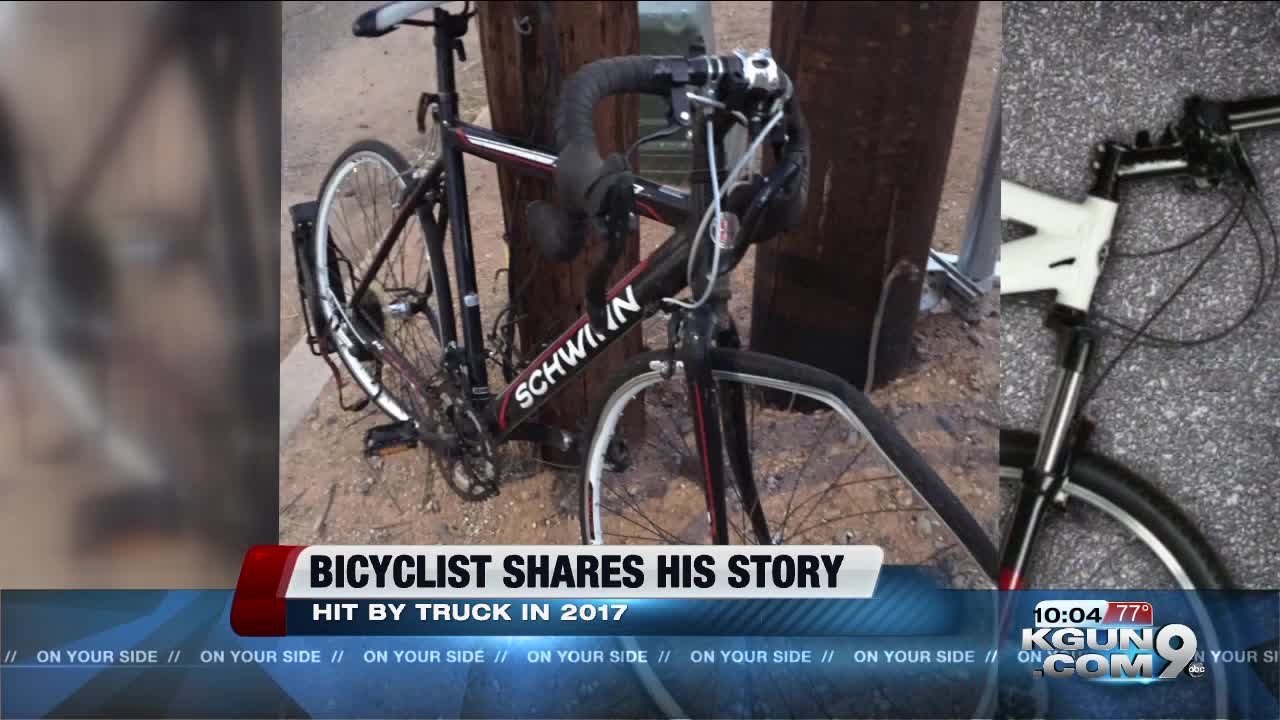 Jonathan Martin was hit by a truck while commuting to work in 2017. 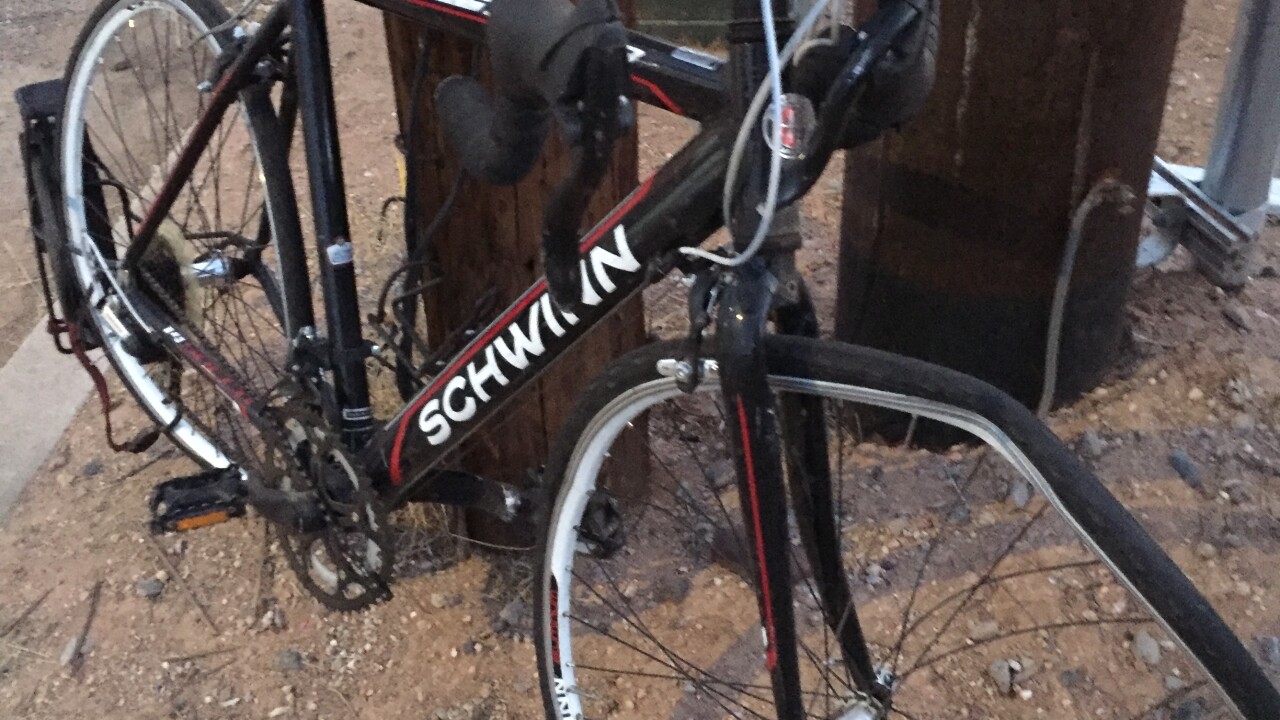 TUCSON, Ariz. — Around 200 bicyclists are hit on Tucson streets every year.

Jonathan Martin has been commuting to work on his bike for over the past decade. He enjoys the ride. But sometimes, he says, it can be a little nerve wracking.

"I'm a pretty experienced urban bicyclist," Martin said. "I know [what] to look for. Is anybody going to be turning, and look for different signs."

He was on his way downtown to go to work. Martin was riding alongside a commercial truck, heading south on Fourth Avenue, approaching Sixth Street.

Martin says he didn't see any indications, beyond just turn signals, the driver of the truck was going to turn right.

But then the truck driver made a right turn, taking Martin with him.

"And he proceeded to run over my bike, my laptop bag -- which had two laptops in in -- and my legs," Martin said. "And breaking my legs in three places."

Martin fell off his bike and was under the truck, between the front and back wheels. He says because he wasn't hit in the head or the torso, he was aware of what was going on.

"With the wheels approaching me, I had some pretty freaky thoughts, about, 'Woah, could this be it?"

Martin was one of 222 bicyclists sent to Banner UMC that year, according to data by the hospital's Chief of Trauma.

He says he feels fortunate for several reasons -- including to be alive. Insurance covered most of his medical expenses, and a settlement with the truck's insurance company covered the rest.

Martin still gets to work everyday on his bike. But now, he's even more cautious on the road. He says he's always looking for drivers who may make an unexpected move.

He says the streets can be safer if they're designed for cyclists and pedestrians, not just vehicles.

"We all share this community, we're all taxpayers or supporters," Martin said. "It shouldn't be just automobiles and trucks that get full-bore passage on those streets without everybody being supported and safe."