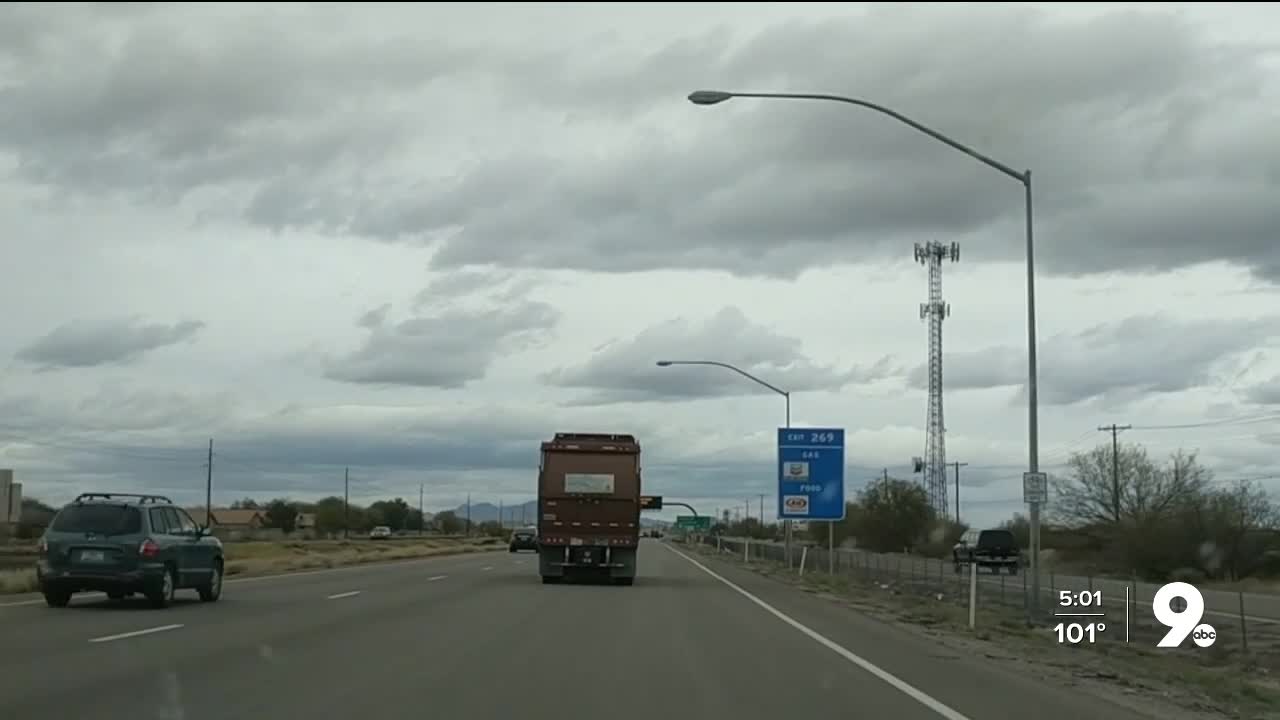 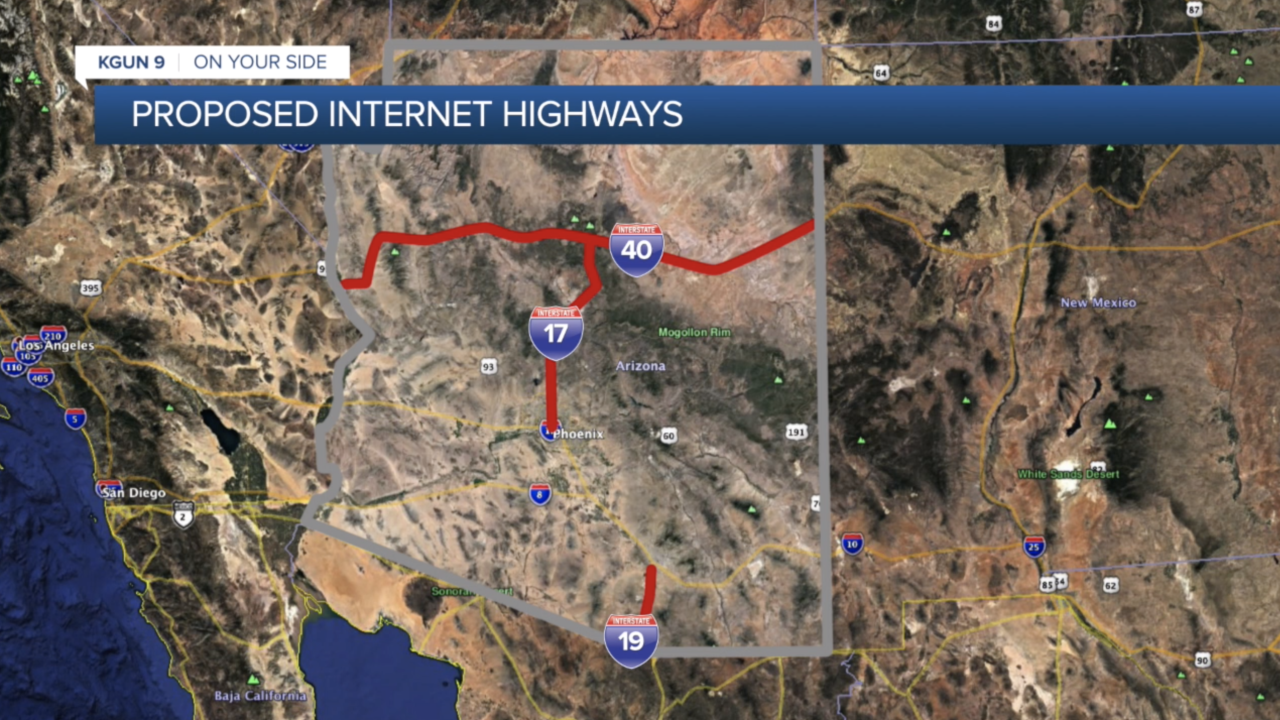 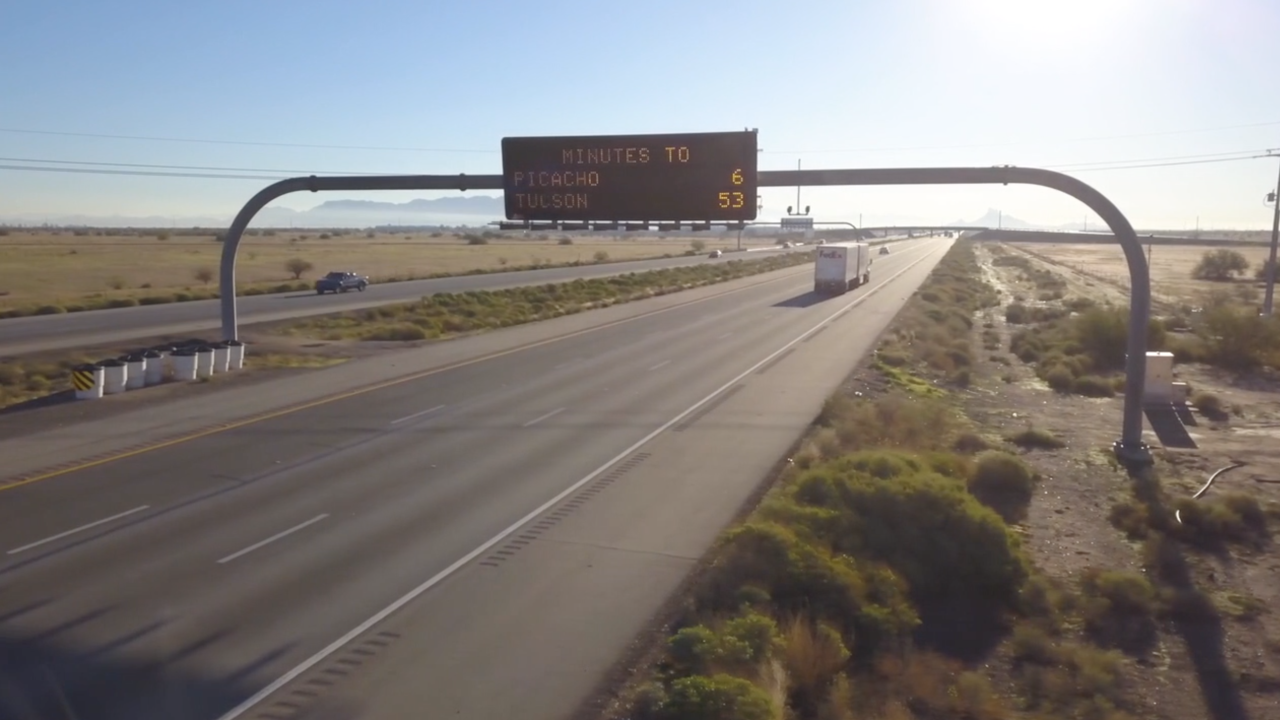 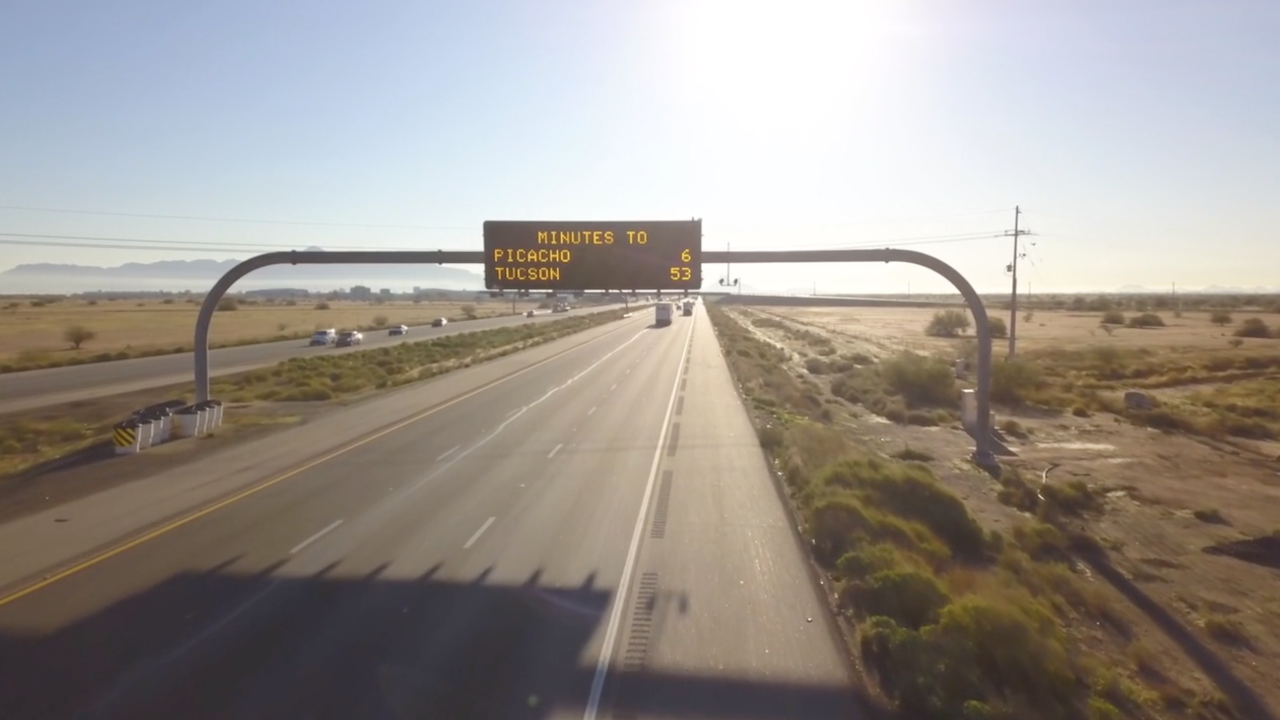 TUCSON, Ariz. - Highways are the specialty for the Arizona Department of Transportation, but now ADOT is working on a plan to build an information highway. KGUN9’s Operation Safe Roads, looks at an idea that could improve safety and end slow internet that’s put the brakes on rural businesses.

Planners say ADOT’s highways are natural pathways for high capacity internet lines. The department already has high speed internet on I-10 between Tucson and Phoenix. It helps move the data required for a new system that detects dust storms and warns drivers. The lines also carry messages to overhead signs.

Now ADOT is asking for input on the best ways to run high capacity internet along I-19 in Southern Arizona and along I-17 and I-40.

Ryan Harding of ADOT says, “It would also improve highway safety, because then we could also tap into the same conduit and add more overhead message boards, traffic cameras, weather stations, things like that that you could access on 511, and it would help keep the driver safer.”

But a bigger goal of the plan is to branch out from the interstates and provide high speed internet where you can't count on it now.

If like a lot of people you’ve been working from home, living through a laptop you get regular reminders of the value of a strong internet connection. People in rural areas often have no internet or service so slow and expensive it’s holding them back.

The Arizona Commerce Authority is joining with ADOT to develop plans for private companies to tap into the high capacity lines and use the power of fast internet to unlock the potential of outlying areas.

Jeff Sobotka of the Commerce Authority says, “Many of our rural communities have the workforce, they have the folks that are able to do these jobs, they just don't have a broadband infrastructure. It's no different than having adequate electricity or freeways into these areas. By expanding broadband we're going to expand opportunity in a lot of these rural communities that haven't enjoyed the same boom that cities like Phoenix and Tucson have over the last 10 years.”

It’s not clear when the highways will carry data as well as drivers. The project’s in a very early stage.