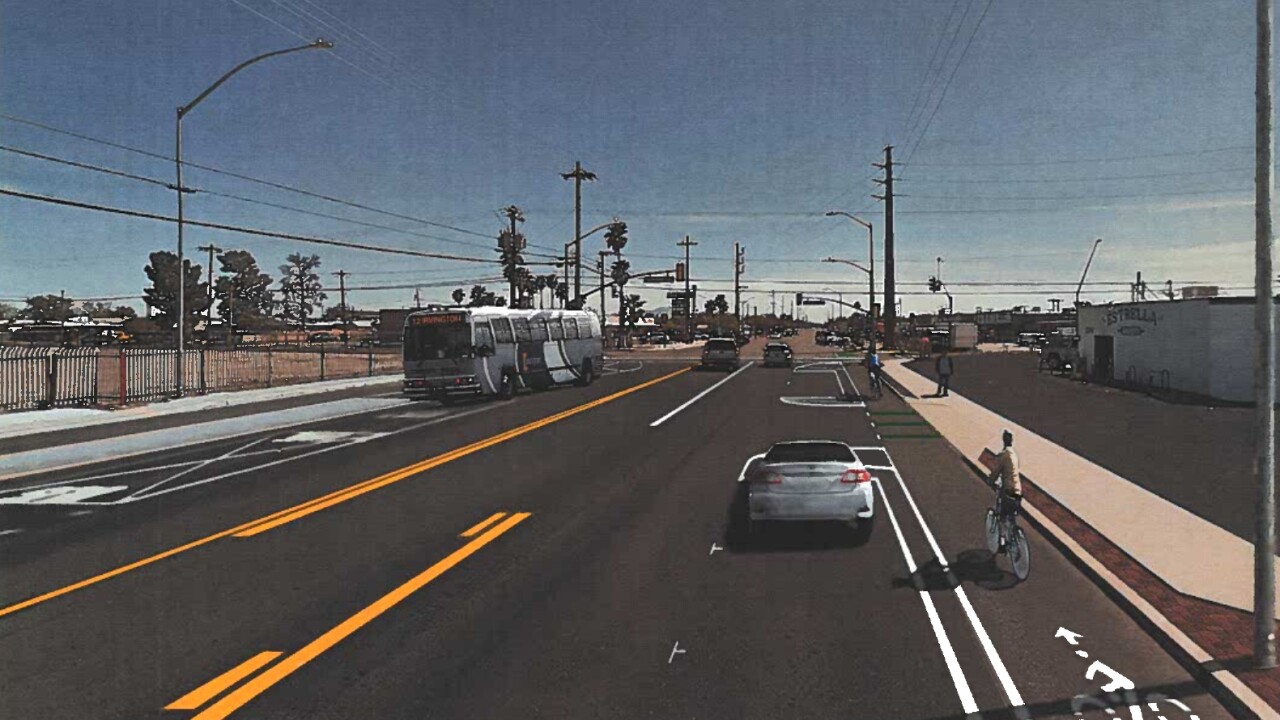 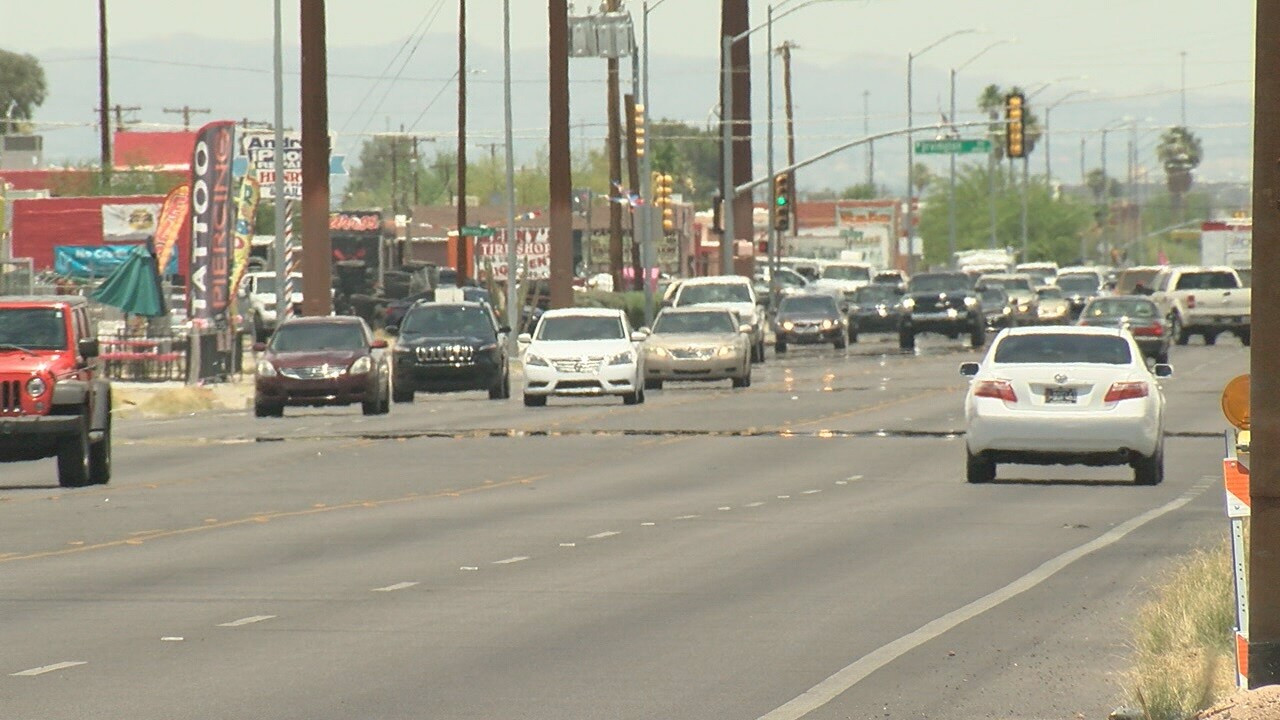 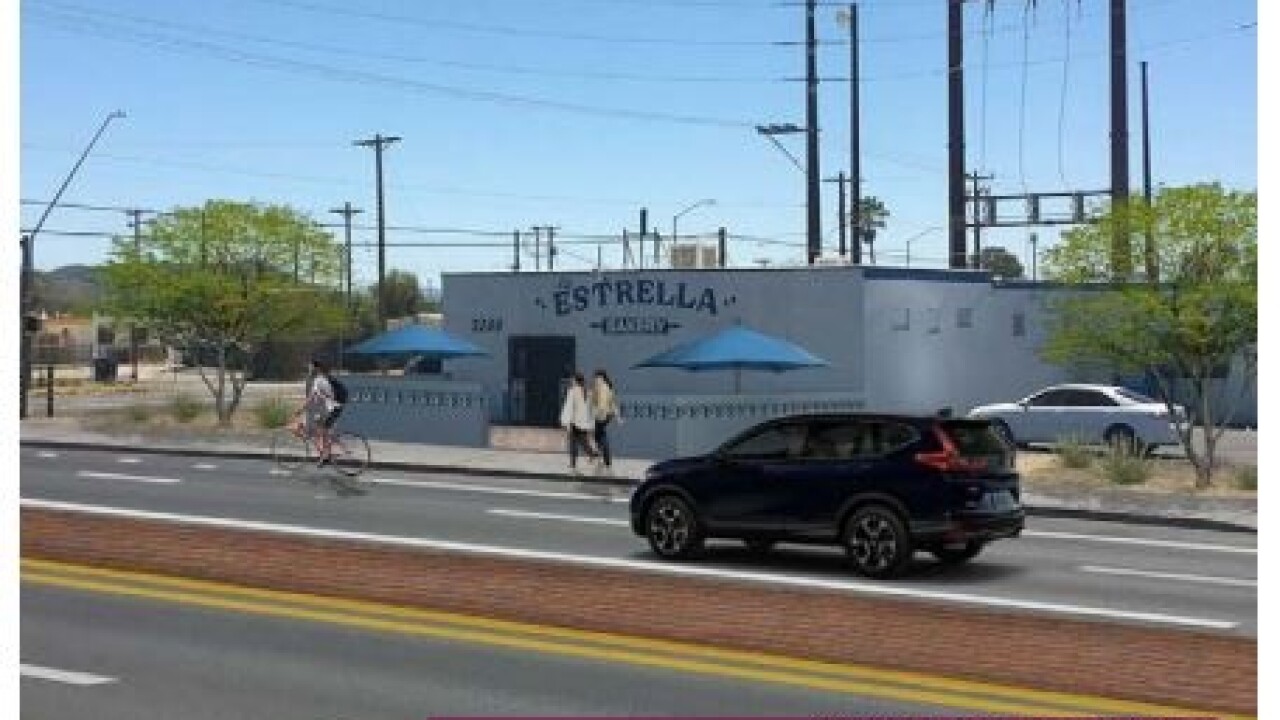 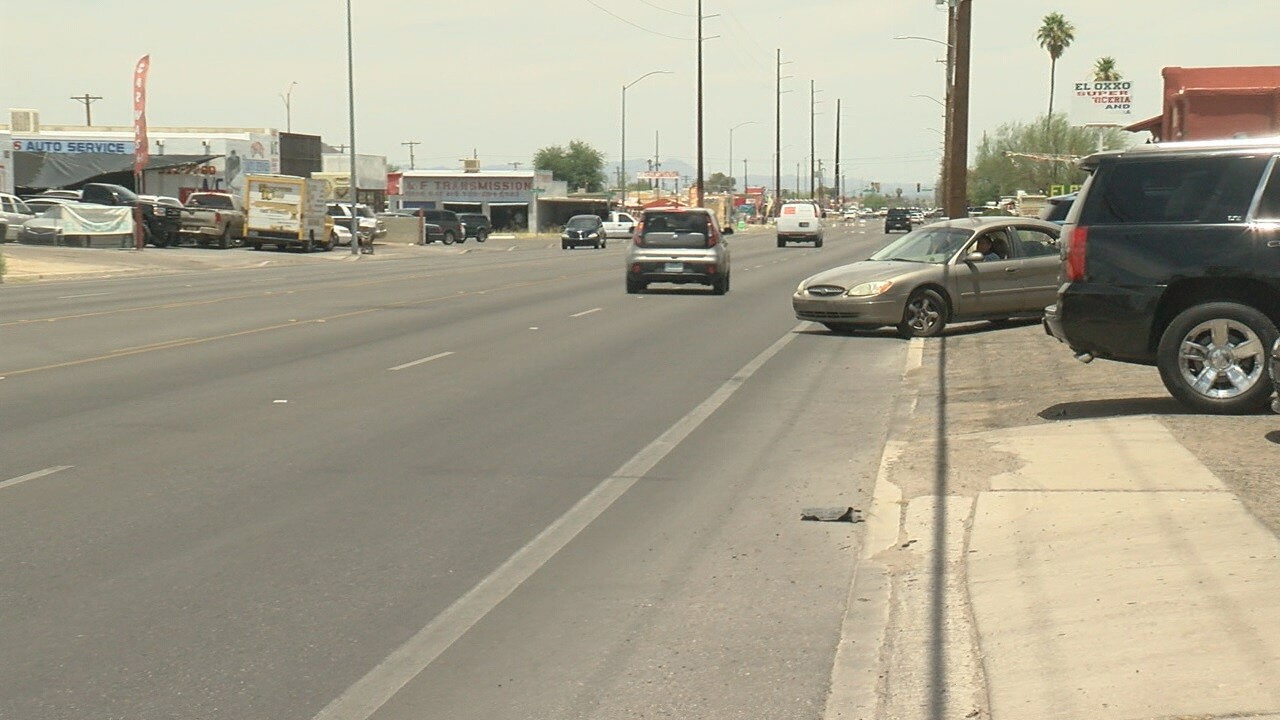 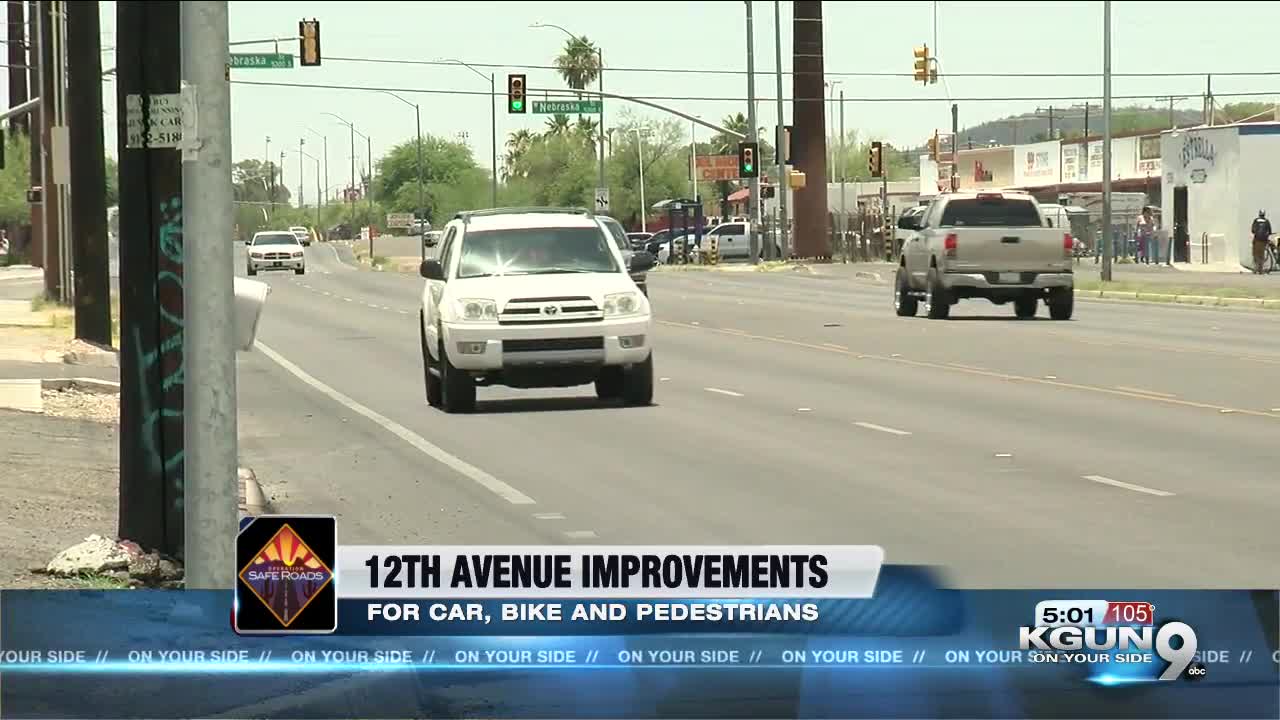 TUCSON, Ariz - It's a program designed to make a unique Tucson street safer, and maybe more fun for drivers, pedestrians and cyclists.

The City of Tucson is working towards major changes on South 12th Avenue.

South 12th Avenue is a real reflection of Tucson----a lively mix of restaurants and small shops; but it's a major north-south corridor too and that can make it a dangerous place for drivers and pedestrians.

Erick Mendoza says, “When I drive here in the morning there's no traffic so it's all good, but when I leave, oh, it's crazy."

Just how crazy? Consider a recent wreck there. A car hit a light pole on 12th with enough force to take it out, not just bend a fender.

Now the City of Tucson's planning to re-do 12th from Irvington to Drexel to meet the complete streets concept, to make it safer for drivers, pedestrians and bicyclists.

To slow down the drivers the plan would give them less of a multi-lane drag strip.

TDOT project manager Jesse Soto says, “We want to narrow down the road, down from five lanes to three lanes. The other thing we want to do as well, we want to put some, some protected bike lanes along this route as well. A lot of people in this community also use bikes. So we want to make it safe for pedestrians, for bicycles, and also for the roadways, the street users."

A lot of businesses are already tight on parking along 12th and these projects could take away still more space but other parking will be created to compensate.

The result could improve the overall atmosphere, to make South 12th more attractive to pedestrians and maybe slow down traffic so drivers notice and try out the businesses, instead of just blasting by.

“I just think it's gonna be an overall great benefit to the business and not just here but everywhere else."

The city's still listening to the public to work out exactly what will go into the project. Once's that's set construction should take between six and eight months.

The Tucson department of Transportation set a public meeting for Thursday June 13 to collect your ideas for 12th Avenue. It runs from 5 to 7pm.

It's in the multipurpose room at the El Pueblo Senior Center at 101 West Irvington Road.

You can also use this link e-mail your ideas.