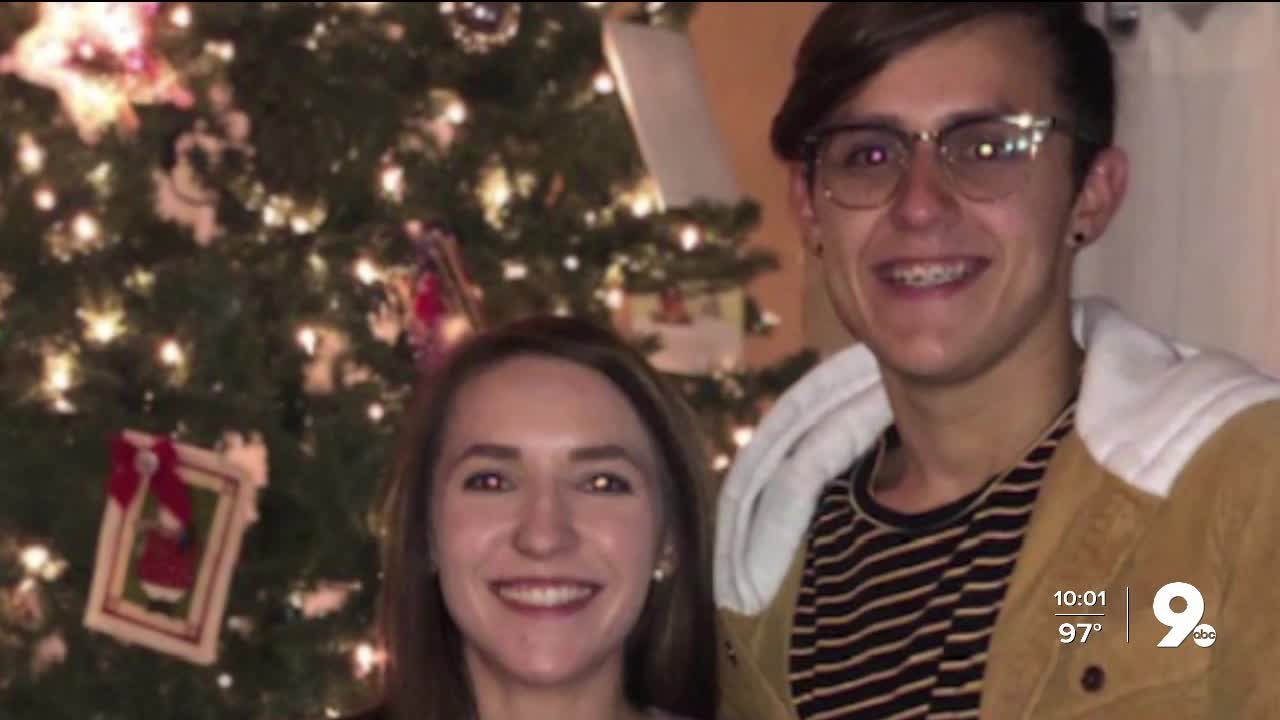 Caitlin Festerling, 21, and Paul Garcia, 22, died in the November 2019 investigators say happened while another driver involved was texting and driving

ORO VALLEY, Ariz. — Caitlin Festerling and Paul Garcia had been together over a year.

Their families described two people who adored each other and were adored by loved ones.

"We loved her very much," her father, Michael Festerling, said.

"Caitlin was a great daughter," her mother, Julie Festerling, said.

Caitlin was a big sister.

"She was just very thoughtful and the best big sister that our kids could ever have," her stepmother, Meghan Festerling, said.

Paul's father, Eddie Garcia, said he was his pride.

"Paul was perfect, he was the greatest child. Always trying to make people happy throughout his lifetime, always. There is not a day that goes by, a minute, a second, that I don't think and dream of my child. He will be missed for a lifetime."

On November 13th, 2019, Caitlin and Paul's family would be bonded by their grief from thereon.

"I think that they just got done shopping to prepare for a trip to Las Vegas," Michael said.

The couple were driving to Paul's home near Shannon road and Sahuaro Divide in Oro Valley.

Caitlin had to be at work that evening, her mother, got a call from Caitlin's job.

"They said: 'julie, caitlin did not show up for her shift and she's never done this before.'"

She said word eventually got around, Paul had been in a crash, he didn't survive.

Knowing how much time they spent together, Caitlin's mother said she went searching for the crash, arriving to a scene with multiple cars involved.

She found an officer and identified herself as Caitlin's mother.

"And I asked: 'is she dead?' and that's when another office said: 'yes ma'am, your daughter did not survive.'"
KGUN9 on your side obtained the Oro Valley police reports.

In them, police concluded the couple were waiting to make a left turn when they were struck from behind by this Buick.

That crash pushed them into the path of a work truck which broadsided their car, killing both of them.
Caitlin was 21, Paul, 22-years-old.

Investigators reported the accident at 3:41 P.M. that afternoon, further investigation would uncover the driver of the Buick sent and received text messages at 3:39 P.M. and 3:40 P.M. respectively.

"Then the County Attorney, the panel had made the decision to not proceed with charges."

To date, the person who struck Caitlin and Paul has not been charged.

Nine on Your Side reached out to the Pima County Attorney’s Office.

They provided a statement saying:
'We could not comment because the case is still under investigation."

"If it truly is under investigation that is really amazing, I'm so happy to hear that," Julie said.

Before this story, both families say they were distraught that no charges had been filed in the deadly wreck.

"Paul's mother and I have partnered up and we are seeking justice for Caitlin and for Paul," Julie said.

The families have started a Change.org petition to bring charges against the person who struck them.

"(We're) working tirelessly for tougher fines and penalties against distracted drivers so other innocent lives can be saved," Paul's mother, Deborah Garcia, said.

"I would like to see her be held accountable for her actions," Julie said.

"How would she feel is somebody did this to her?"