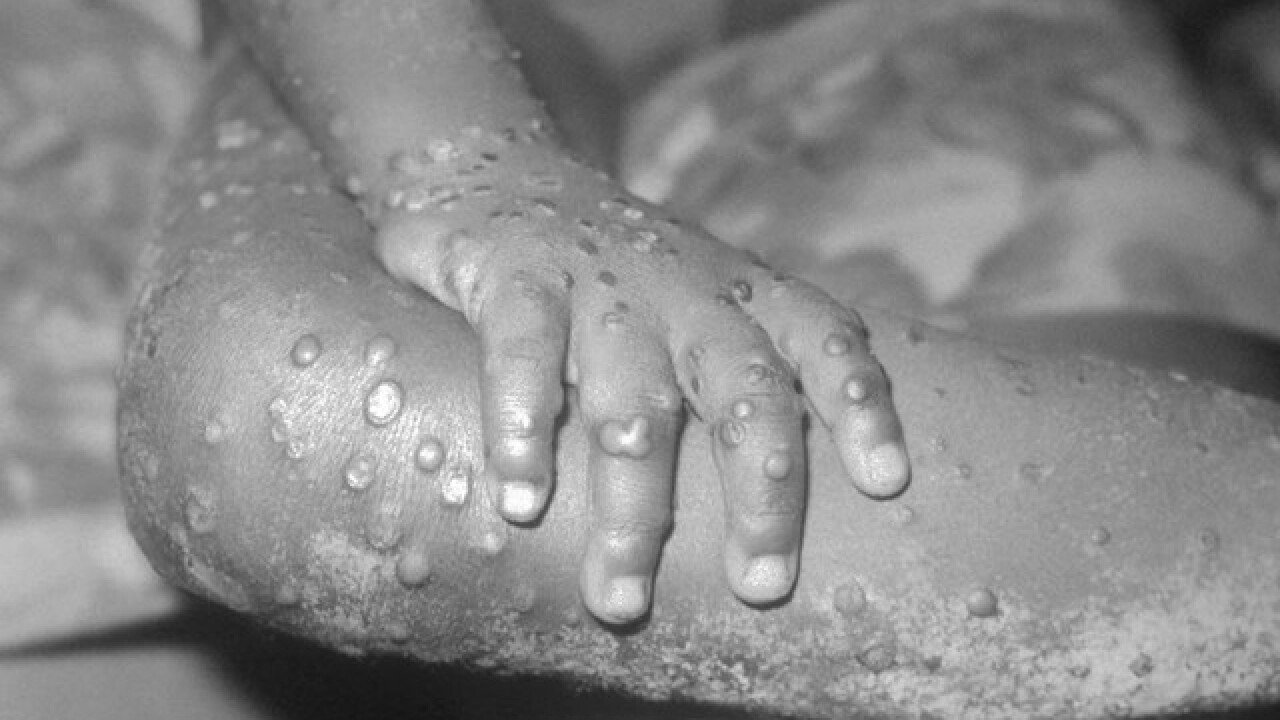 Copyright Getty Images
<p>BONDUA, LIBERIA - UNDATED: In this 1971 Center For Disease Control handout photo, monkeypox-like lesions are shown on the arm and leg of a female child in Bondua, Liberia. The Centers for Disease Control and Prevention said June 7 the viral disease monkeypox, thought to be spread by prairie dogs, has been detected in the Americas for the first time with about 20 cases reported in Wisconsin, Illinois, and Indiana. (Photo Courtesy of the CDC/Getty Images)</p>

The Nigeria Center for Disease Control is working with Public Health England to investigate two cases of monkeypox diagnosed in the UK this week, in patients who had recently traveled to the west African nation.

The two organizations plan to trace people who had come in contact with the cases to track and prevent further transmission.

The first case, a Nigeria resident, was diagnosed with the disease in Cornwall last week, whilst the second case, a UK resident ,was reported in Blackpool.

The two patients are considered to be unrelated but both had recently visited Nigeria, where it's believed they contracted the virus.

Seven people have died of the disease and 262 suspected cases have been recorded since the start of the outbreak and August 2018, according to official figures from the NCDC .

In a statement , the agency said it was collaborating with state health departments to follow contacts of the patients during their trip.

"We will monitor the contacts they had in Nigeria for two weeks to make sure they haven't developed any symptoms or a rash. Monkeypox is not as infectious as many people think but we will followup to make sure we have covered all basis," said Chikwe Ihekweazu, NCDC director.

PHE said it was tracing individuals, including health care workers, who may have come in contact with the patients in the UK for health information and advice.

Ihekweazu said Nigeria will not issue a monkeypox travel advisory as there was "minimal risk of people contracting the disease," which he said does not spread easily between humans.

"Anyone traveling in the world is at risk of contracting an infectious disease. But we will advise on basic precautions such as avoiding contact to wild animals and if they have to they should take the necessary hygiene precautions," he said.

Monkeypox is a rare viral infection that typically only leads to mild illness and does not spread easily between people, according to Public Health England. Symptoms include fever, muscle aches and rash. People usually recover within a few weeks, though it can lead to serious illness in some cases.

The virus is typically transmitted though direct contact with the blood, bodily fluids, or cutaneous or mucosal lesions of infected animals, according to the World Health Organization.

However, as many as one in 10 people infected with the disease die in Africa, according to the United States' Centers for Disease Control and Prevention.

NCDC said it would continue to strengthen internal "surveillance, detection and response" to cases especially in its southern states, which had the highest number of monkeypox infection in the 2017 outbreak.