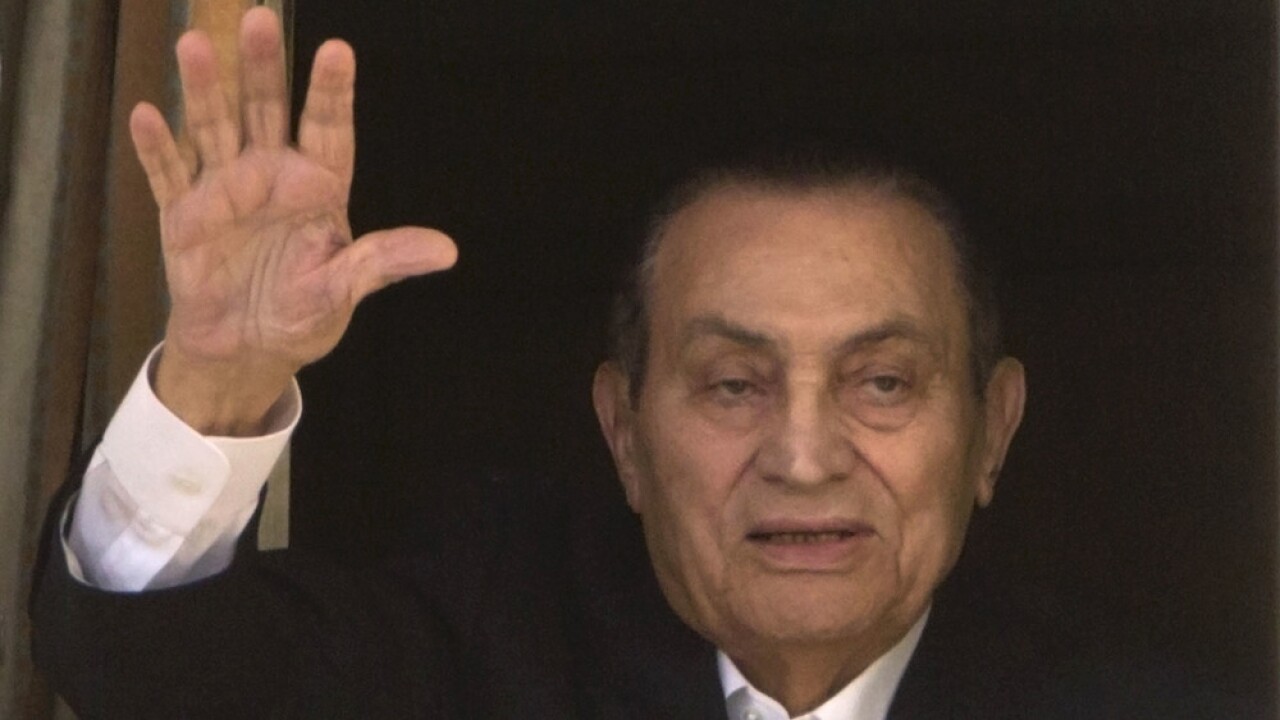 The TV says Mubarak died at a Cairo hospital where he had recently undergone surgery. The report said he had health complications but offered no other details.

Mubarak, who was in power for almost three decades, was forced to resign on Feb. 11, 2011, after following 18 days of protests around the country. The Arab Spring uprisings had convulsed autocratic regimes across the Middle East.

Mubarak ruled for nearly 30 years and was the resolute face of stability in the region before being forced out by the military.