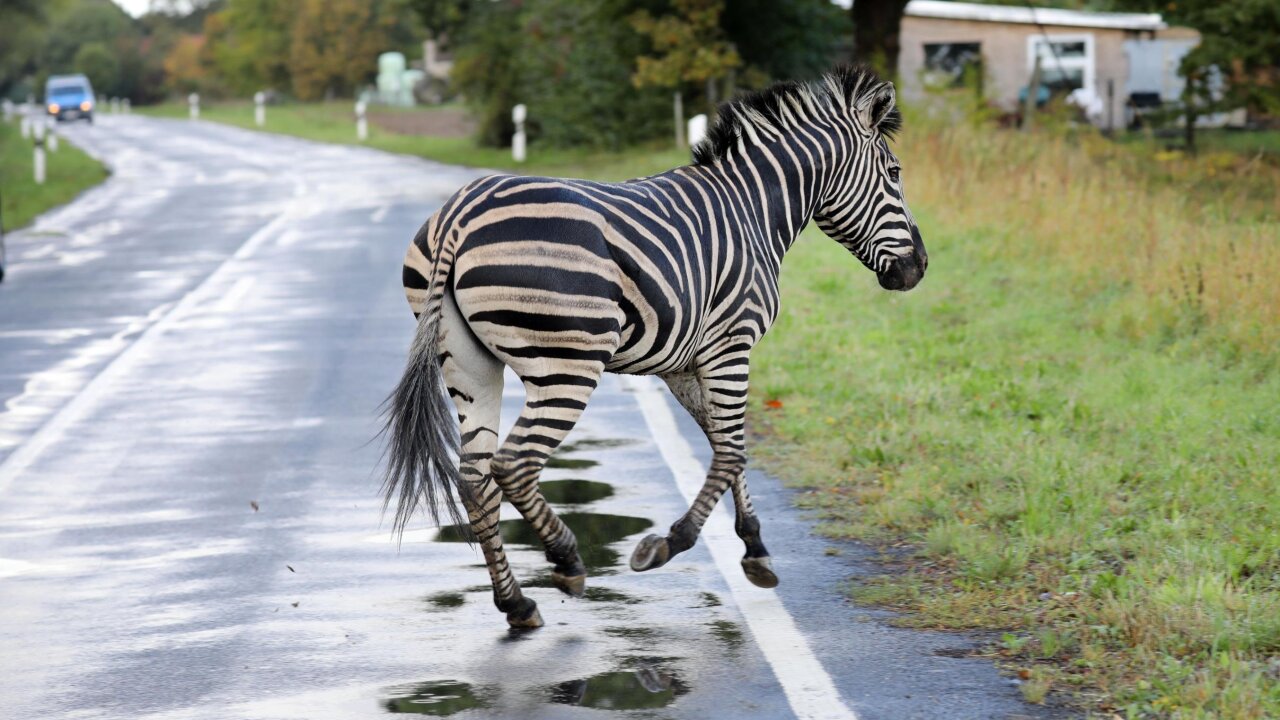 A zebra that ran away from a circus in Germany was shot dead on a highway after causing traffic accidents and "material damage," police confirmed Wednesday.

Two zebras had escaped from the circus near the northeastern town of Tessin early Wednesday morning. One was safely captured, but the other disappeared for several hours, Rostock district police said in a press release .

It was spotted on a highway around 8 a.m., local time, causing a traffic accident between two cars driving next to each other. Nobody -- including the zebra -- was injured, but the highway was temporarily closed, police said.

The zebra's escape and wild run led to "a large police deployment," said the press release.

The police tweeted out a warning around this time, notifying drivers that a "runaway zebra" was on the highway.

Authorities in the closed-off highway tried to subdue and capture the zebra, but it escaped and damaged a passenger car by running over the engine hood, police say. A patrol car was also damaged, and a policeman was slightly injured.

The zebra was next spotted on a field a short while later. The circus trainer who was responsible for the zebra tried to subdue it -- but also failed. Finally, authorities called in the emergency animal rescue unit of the fire department, and the zebra was shot near the town of Thelkow. It died on the spot, police said.

Several people commented on the police tweet asking why the zebra wasn't stunned instead of shot dead.

"The exact circumstances of the shooting are still being probed," police said in the press release.