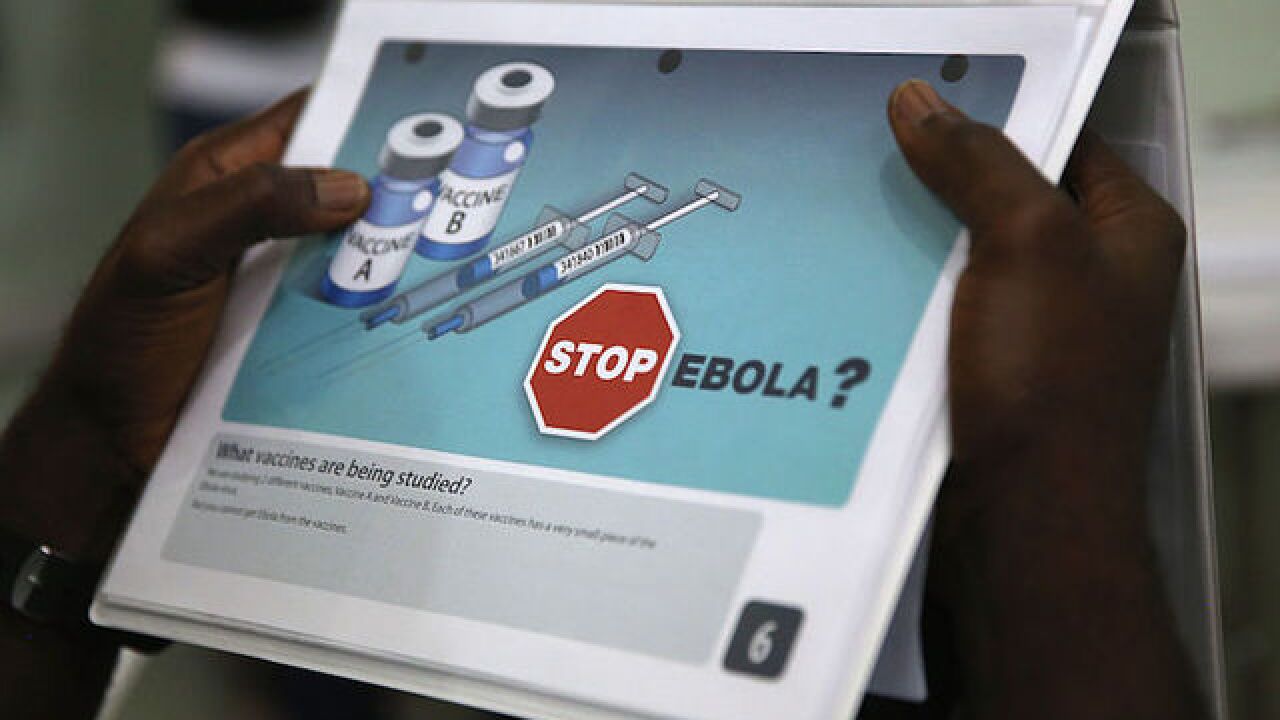 Copyright Getty Images
John Moore
<p>Emmanuel Lansana, 43, takes part in a briefing before becoming the first person to be injected in the Ebola vaccine trials, which were launched at Redemption Hospital, formerly an Ebola holding center, on February 2, 2015 in Monrovia, Liberia. </p>

The Ebola virus outbreak in the Democratic Republic of Congo has killed 33 people, the World Health Organization said Sunday.

An additional 43 suspected cases of Ebola were reported, including 13 confirmed by lab testing, according to WHO.

The outbreak is spreading through five health zones in North Kivu province and one health zone in Ituri province, which poses geographic and political challenges, the WHO said. North Kivu borders Rwanda and Uganda and trade activity fuels heavy movement across the borders.

"We're responding to an outbreak of this high-threat pathogen, with one of the highest mortality rates of any known disease, but in the context of a war zone," Peter Salama, Head of Emergencies at WHO said.

Health officials announced the outbreak Wednesday, about a week after the government of Congo declared another Ebola outbreak in Equateur province had been contained. That outbreak was about 2,500 km (1,553 miles) from the current outbreak.

There are 33 additional "suspected cases" in the North Kivu outbreak that are pending lab test results to "confirm or exclude Ebola virus disease," according to WHO.

Three healthcare workers have been affected, including two who died, the WHO said.

"The Ministry of Health, WHO, and partners are working to establish the full extent of this outbreak", the WHO statement read.