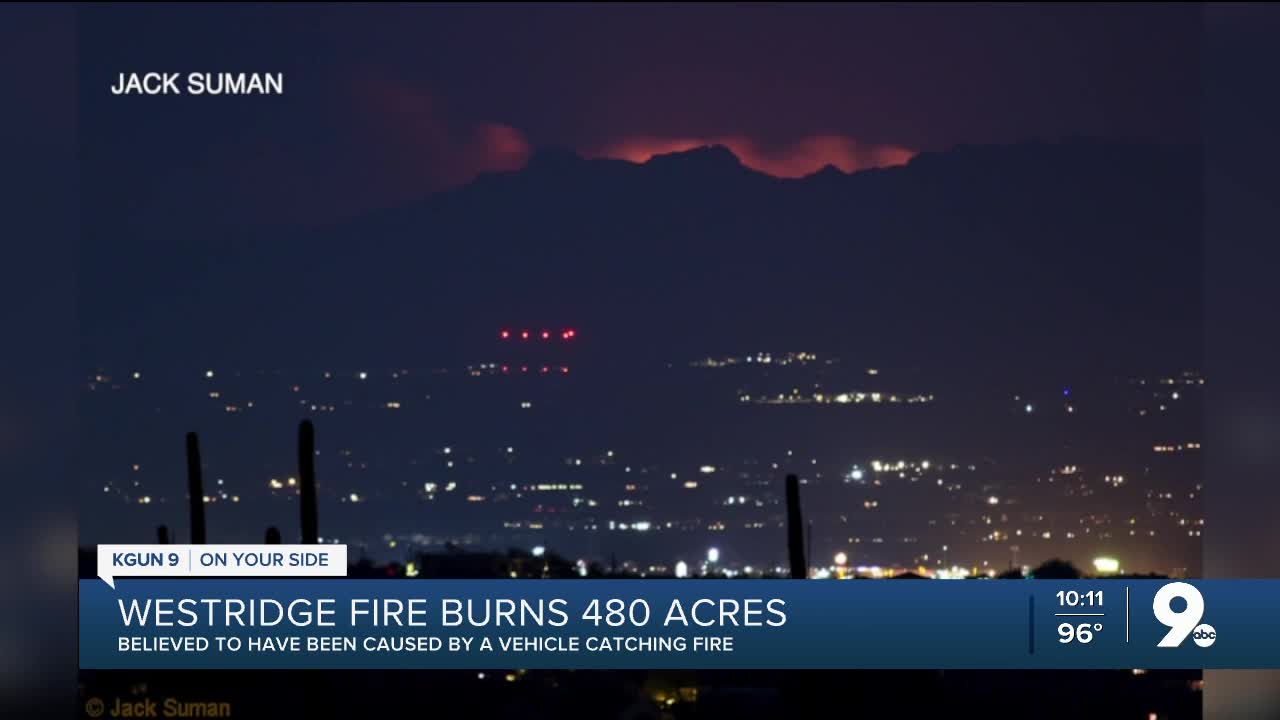 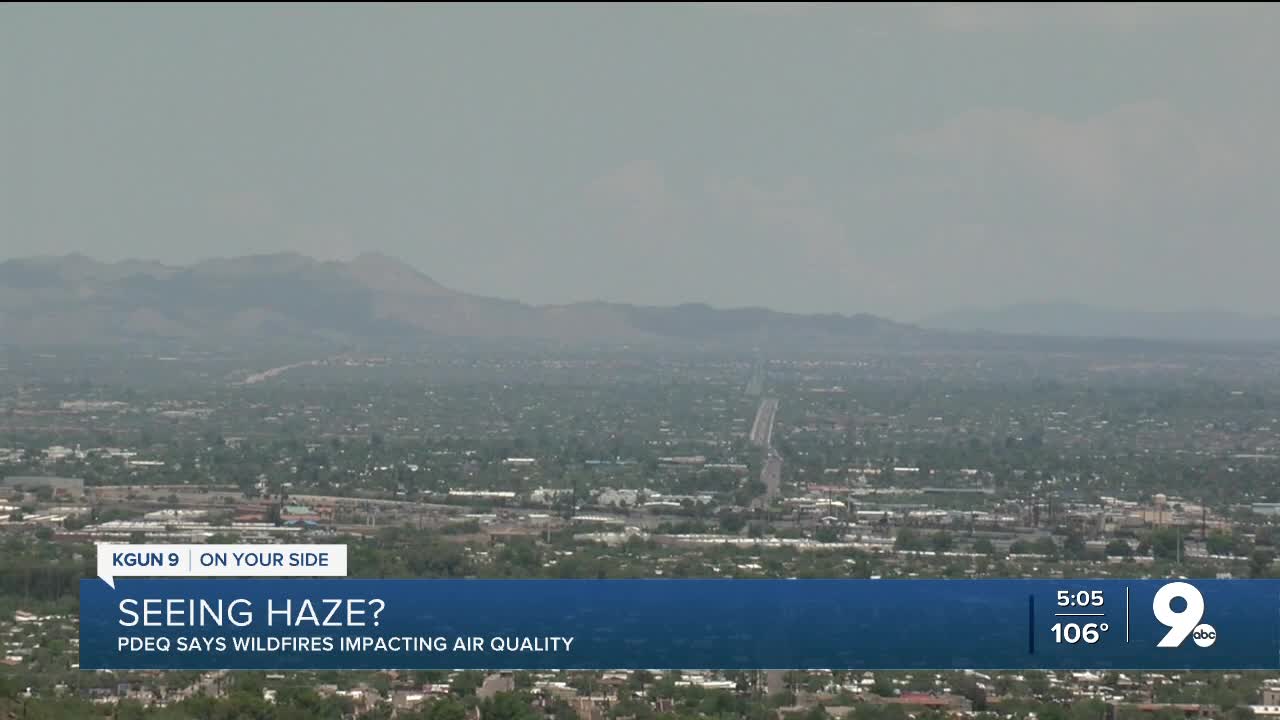 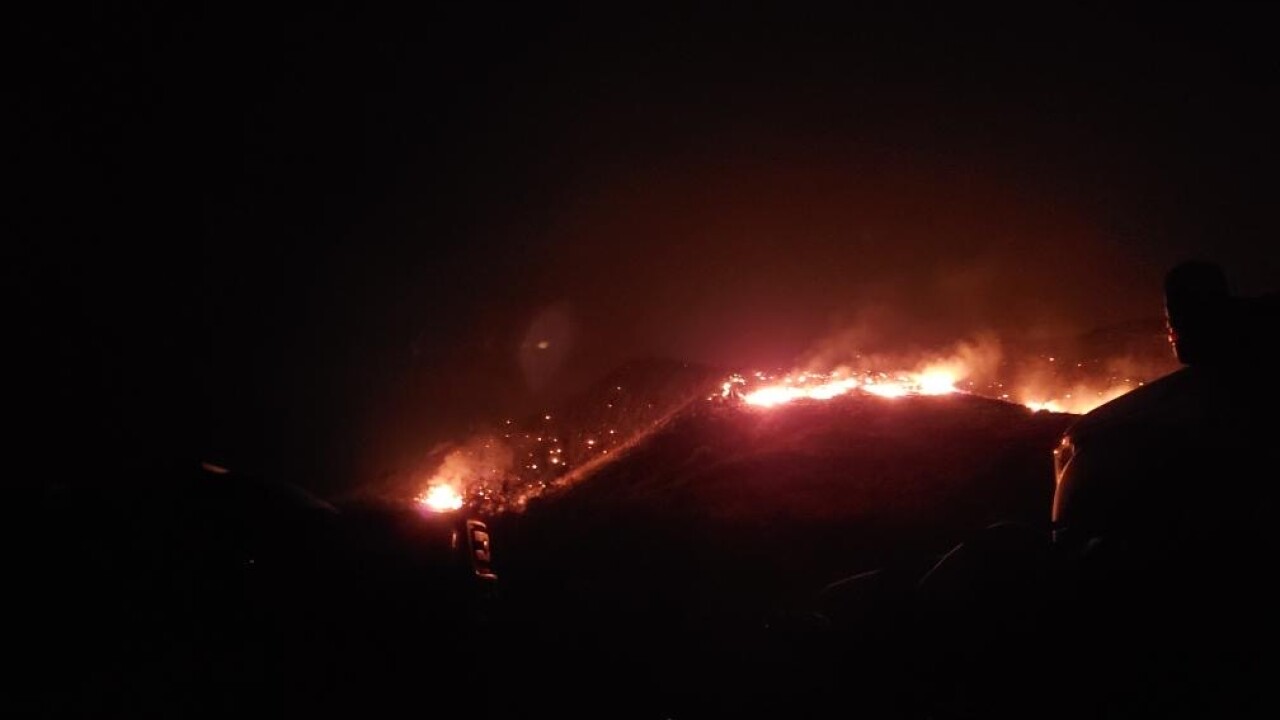 #WestridgeFire within #TortolitaMountains is 70% contained with no change in acreage; 480. Thursday’s storm did not provide much moisture to help crews with suppression. No structure threat & no evacuations. #AZFire #AZForestry

Firefighters have the 480-acre #WestridgeFire burning in the #Tortolitas 40% contained. Due to rugged & inaccessible terrain in parts, #AZForestry Incident Commander will be flying the fire this am to get a better view of the perimeter and containment. #AZFire #TortolitaMountains

According to the latest information from Arizona Department of Forestry and Fire Management, the Westridge Fire is now at 480 acres as of 1 p.m. Tuesday. The decrease in acreage is due more accurate mapping by aircraft.

There is some increased activity, but crews are making progress with suppression. There are about 60 fire personnel working to contain the fire.

"Firefighters do feel like they are getting a really good handle on this fire," explained Tiffany Davila, department of Forestry and Fire Management.

The threat to the structures has decreased. There are no evacuations or planned evacuations at this time.

According to Arizona Department of Forestry and Fire Management, the fire is believed to be human-caused, but is still under investigation.

"This fire, I believe was a vehicle fire," explained Davila. “We are still investigating the actual cause of the fire, but that's initially what crews believed it to be.”

As of 1pm, a helo recon reports #WestridgeFire at 480 acres w/decrease in acreage due to more accurate mapping. Due to inaccessibility on S. side, aircraft acts as eyes in the sky. Some increase in activity, but crews making progress w/suppression. #AZFire #AZForestry #Tortolitas pic.twitter.com/m4hp8PAbDb

The Westridge Fire in the Tortolita Mountains grew to over 2,200 acres overnight.

The Arizona Department of Forestry and Fire Management, who is managing firefighting efforts, says the blaze is expected to grow Tuesday with the high temperatures.

Wildfire officials say the fire move down toward Cochie Canyon Trail, west of the Ritz-Carlton Dove Mountain Resort, but is holding along the road.

The Pima County Department of Air Quality says they're detecting a higher level of air particulate over Tucson due to the fire.

Both Golder Ranch Fire and Northwest Fire are assisting crews battling the blaze.

Why so hazy? Our monitors show higher than normal levels of particulates at a couple of our sites. Wildfire smoke likely the cause. We don't have monitors close to the mountains, so if you live near a fire & smell smoke, reduce your exposure to outside air https://t.co/5fc5ETMCHr pic.twitter.com/L6zxApqnD2

Stay with KGUN 9 for the latest information on the Westridge Fire.