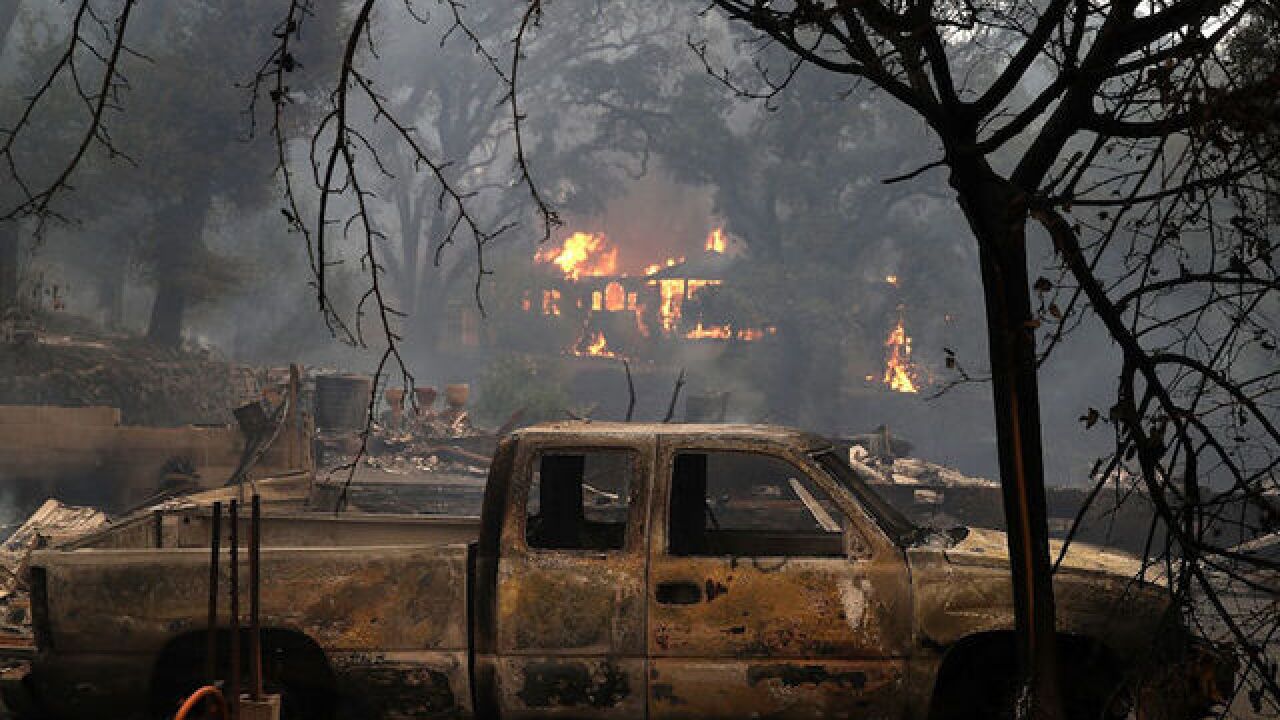 Copyright Getty Images
Justin Sullivan
Fire consumes a home as out of control wildfires move through the area on October 9, 2017 in Glen Ellen, California. Tens of thousands of acres and dozens of homes and businesses have burned in a widespread wildfire that is burning in Napa and Sonoma counties. (Photo by Justin Sullivan/Getty Images)

FLAGSTAFF, Ariz. (AP) - Officials say a wildfire that burned through a northern Arizona mountain pass near Flagstaff was likely started by a spark from a piece of heavy equipment striking a rock during a forest-thinning project.

Coconino National Forest officials say an excavator was being used on a steep slope and that "the resulting spark" created a heat source that stayed underground for a half-day until warm, dry and windy conditions caused the fire to grow and spread on July 21.

Officials said the fire's start was not caused by negligence "and that all proper inspections were conducted."

Officials have said fighting the fire and dealing with its aftermath was expected to cost over $13 million.