Navarro Fire grows to 1,100 acres near Sierrita Mountains
KGUN 9 On Your SideNewsWildfires 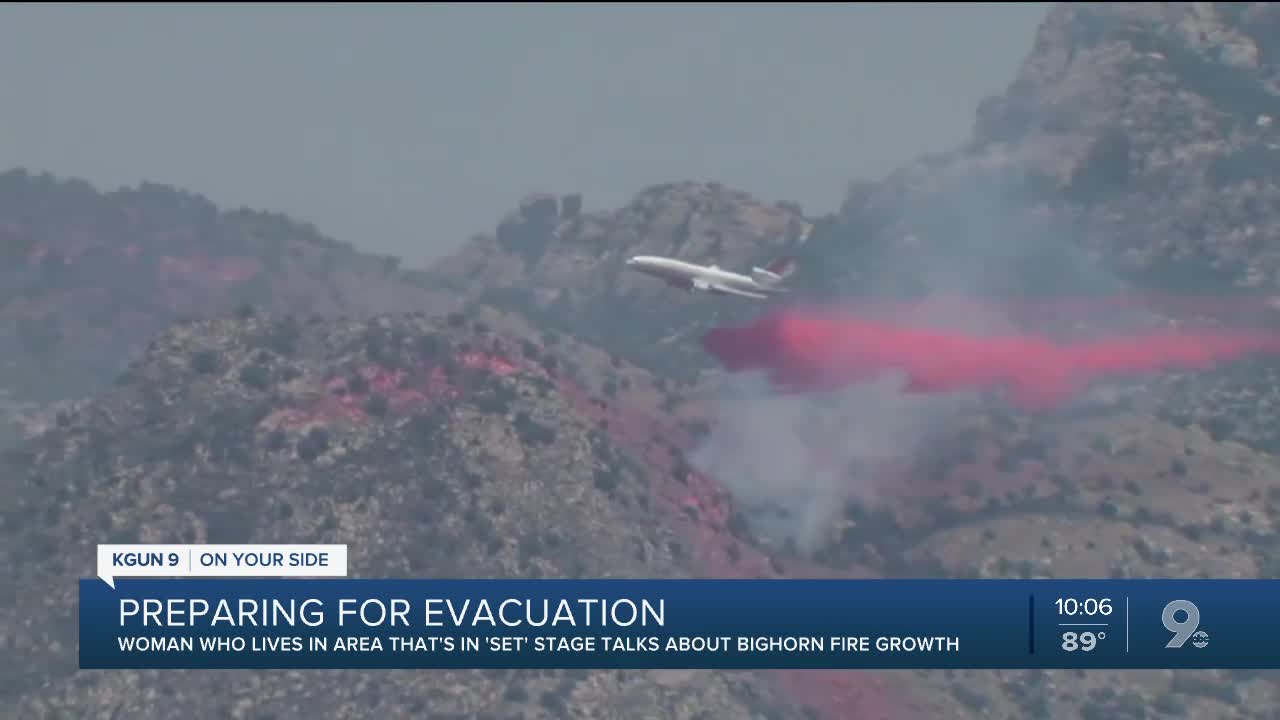 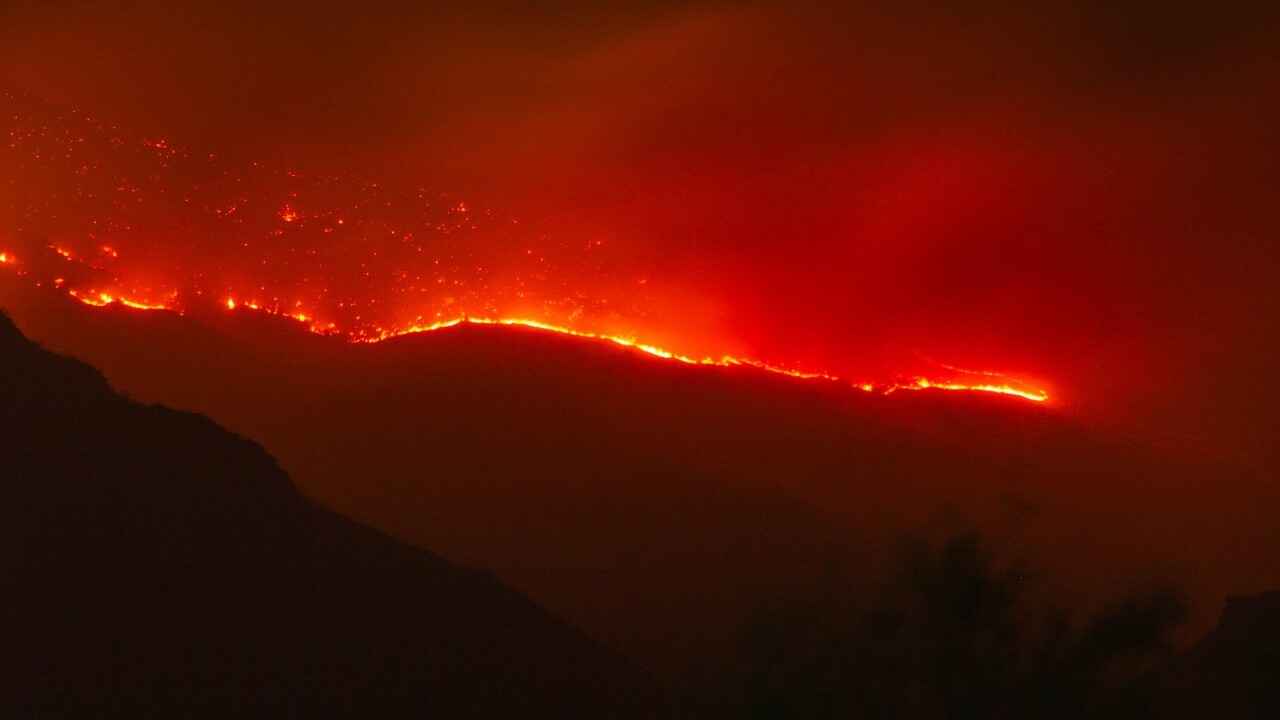 TUCSON, Ariz. -- Areas in the Catalina Foothills previously under the ‘GO’ evacuation notice are now under the ‘SET’ protocol.

Crews have been battling the Bighorn fire both on the ground and in the air for days, something Diane Enright has witnessed firsthand.

So when she got the 'SET' notice, she didn’t take any chances.

“The clouds and the smoke look really fierce,” she told KGUN9.

Enright has lived on Ina and Swan for more than 25 years.

“So I’ve seen slurry dropped on the mountain before, but never with this intensity,” she added.

Which is why when she got the set notice, she immediately started packing.

“Prescriptions. Personal belongings. My pet is at a dog sitter so that worked out well,” said Enright.

She also packed important paperwork, a change of clothes, and pictures.

“Anything that’s left there behind if my house goes down, I can replace it, but the sentimental stuff is in my car right now,” she added.

And even though she hasn’t gotten an evacuation notice, Enright is still on edge.

“Oh gosh, I didn’t think I’d be as shaky, but I’m looking out my window and seeing the shadows of the planes flying so low. So I went upstairs, from my office, and I saw what was going on and I thought it’s...it’s time to go,” she told KGUN9.

Enright says wildfires are expected this time of year, but she certainly wasn’t expecting to witness firefighters battling one of the biggest wildfires in the country-- so close to home.

“It’s beautiful living up there, but times like this--wildfire season, it gets pretty scary,” she said.

Adam Jarrold, the public information officer for the Bighorn fire, says most of Friday’s activity (June 11th) shifted to the north side of the mountain.

The fire is now burning inside the Catalina State Park.