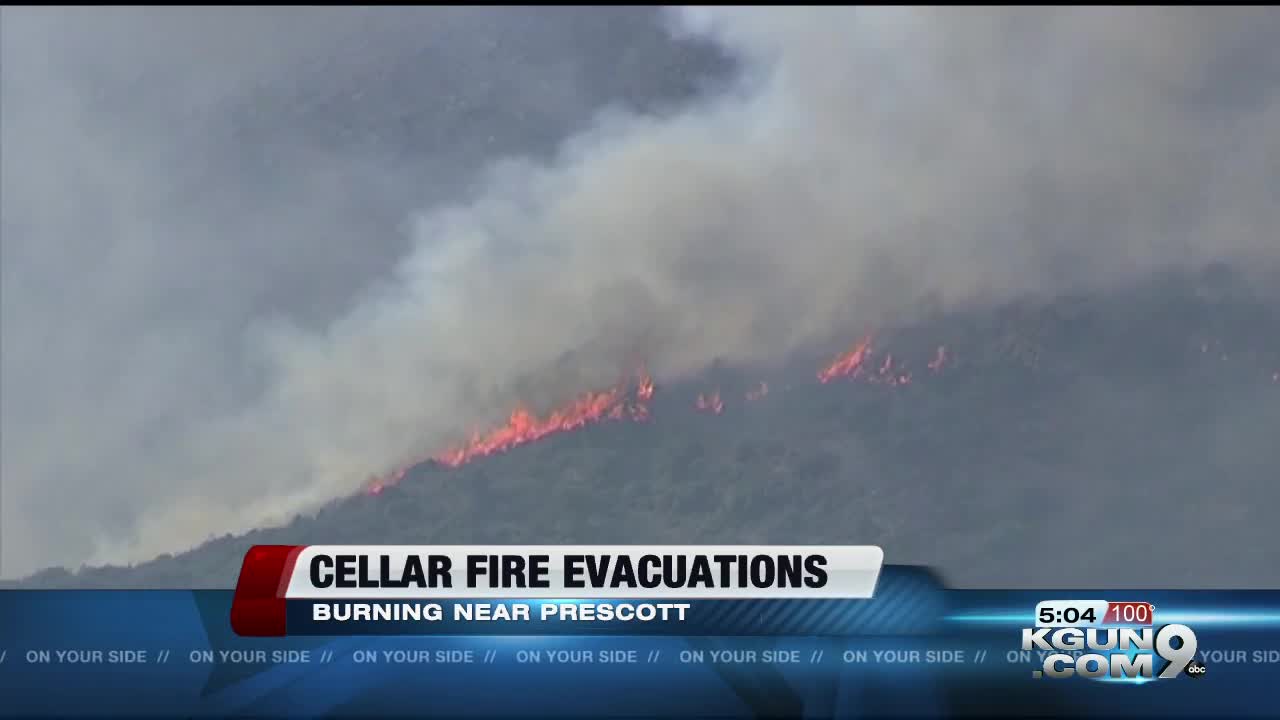 Fire crews have been working to keep a fire from homes as they clear brush along a forest road.

PRESCOTT, Ariz. (AP) - Fire crews have been working to keep a fire from homes as they clear brush along a forest road.

Lightning sparked the fire Sunday about 16 miles (26 kilometers) south of Prescott. It had grown Friday to 11.4 square miles (29.5 square kilometers) while burning trees, brush and grass.

Fire managers say crews used chain saws, bulldozers and other equipment to work ahead of and east of the fire as they worked to clear Forest Road 52, also known as Senator Highway. Other crews worked the fire's flanks.

Yavapai County authorities on Thursday ordered residents of the hamlet of Pine Flat to evacuate, but American Red Cross spokesman Dave Knoer (nor) said nobody showed up at a shelter at Prescott High School.