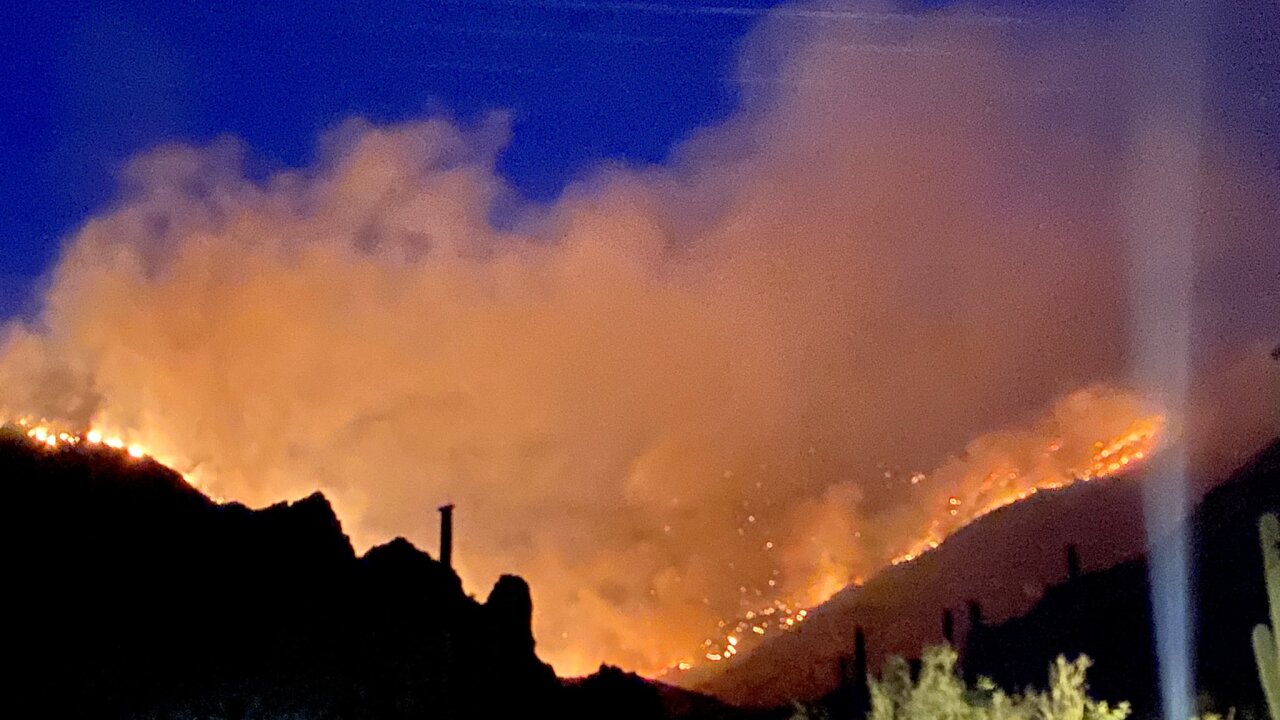 The human-caused Bush Fire outside of metro Phoenix was 15% contained Sunday after charring 273 square miles since it started June 13 in the Tonto National Forest.

The lightning-caused Bighorn Fire burning in canyons and on ridges in the Santa Catalina Mountains was pushed back to 19% containment after growing by 14 square miles to 80 square miles by Sunday.

Authorities say the lightning-caused Bringham Fire was 20% contained after burning 31 square miles in the Apache-Sitgreaves National Forest north of Morenci.

The Mangum Fire burning in the Kaibab National Forest north of the Grand Canyon was 23% contained at 103 square miles with its June 8 cause still under investigation.