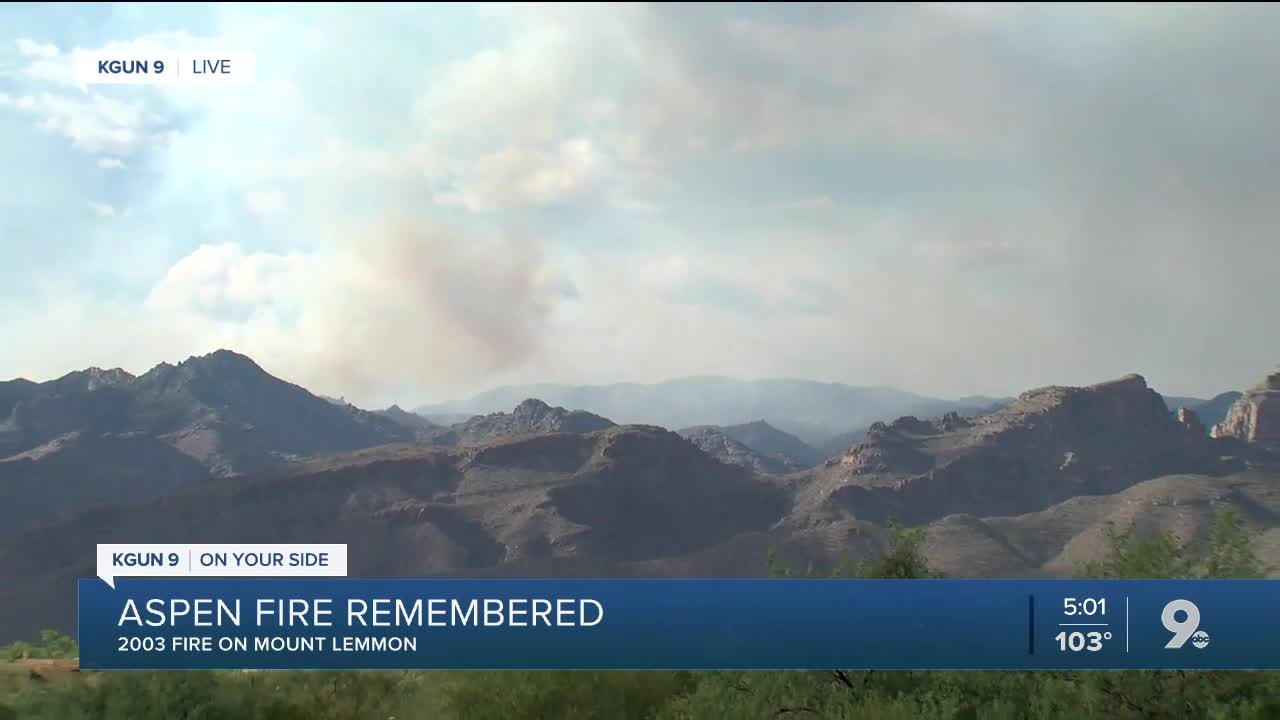 As firefighters work to hold the fire back from Mount Lemmon, for some, it’s hard to hold back memories of the disastrous Aspen Fire that destroyed much of Summerhaven 17 years ago. 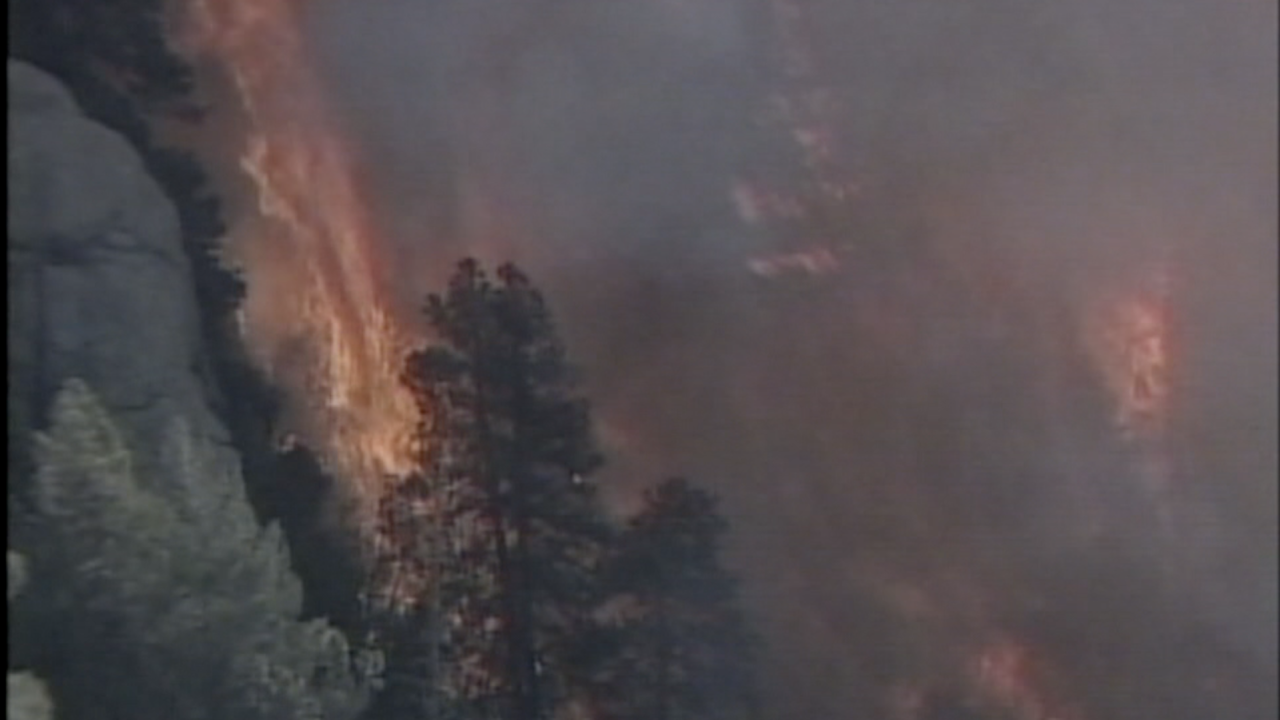 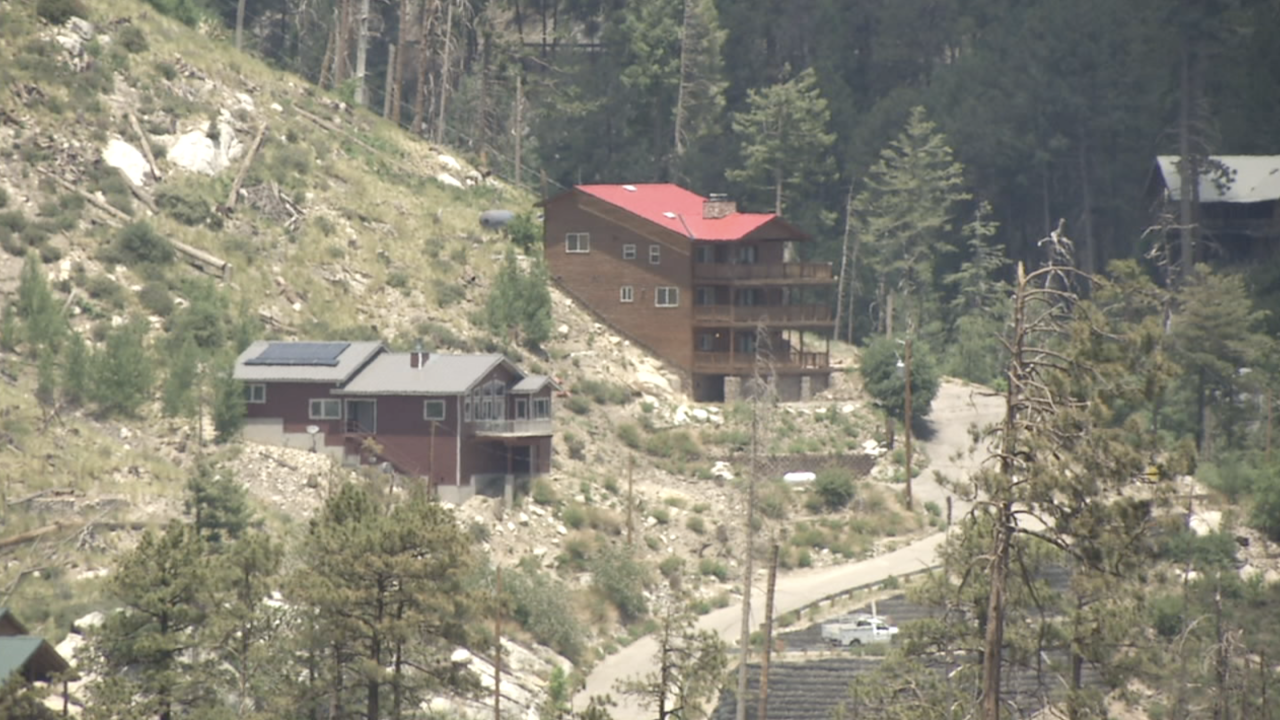 TUCSON, Ariz. - As firefighters work to hold the fire back from Mount Lemmon, for some, it’s hard to hold back memories of the disastrous Aspen Fire that destroyed much of Summerhaven 17 years ago.

Mount Lemmon has been closed here at the base. Firefighters, business owners and residents can go up to prepare for the fire that may hit the mountain and as they do -- it’s a good bet most know the history of the last major fire that swept through

Just as today, it was mid-June when fire broke out in the mountains, burned a path across Mount Lemmon and turned the quiet world of Summerhaven into ashes. The Aspen Fire burned close to 85 thousand acres of land and more than three hundred homes and businesses.

Ray Carroll is a Justice of the Peace now, as the Aspen Fire burned, he was a Pima County Supervisor with Mount Lemmon as part of his district. He was on the mountain as the fire rolled through.

He remembers, “I did pray often that I wouldn't be airlifted out of there myself.”

Jenni Zimmerman grew up on Mount Lemmon, and sells real estate there now. Any new fire brings back memories of the Aspen.

“I mean, it's horrible it's scary. Anytime you see these huge plumes of smoke, you know, your heart beats faster, and you get scared.”

Ray Carroll remembers debate after the fire over whether Summerhaven should rebuild with the chance fire could strike it again.

He says, “It's just like things on the shoreline. They believe when people get back and rebuild after a hurricane on the shoreline it's just Sisyphean labor, it's pushing a rock up there, just to watch it roll down the other end.”

But Carroll understands how important Summerhaven is to our area. The village did rebuild under Pima County building codes calling for fire resistant construction like metal roofs.

People in Summerhaven live by Firewise precautions to give a fire less vegetation to bring flames close to their homes. But Jenni Zimmerman knows people in Summerhaven can only prepare their own property and it’s a small island in an ocean of trees.